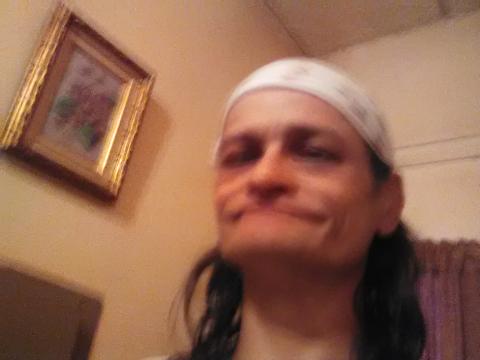 The Tunnel Through the Forest ( set into more of a story)

This story and set of memories will be more free flowing and present with a story narrative more than a set of flowing memories set into order and cataloged ..lmao that may seem kinda dry so I'm going to steer from that format. Now to set the  tone. I was a mere 13-14 years of age and hadn't lived at home for a while now due to we'll say "interpersonal Challenges". I had been hitch hiking up and down the coast of beautiful California where I was growing up in a rather unorthodox fashion yet, I was growing up and learning those HARD knocks.

I start this story in Santa Cruz California, where I was panhandling and fishing ect to live, even eating out of a garbage can now and then..today I'd never consider such a thing except in the most dire of circumstances. However I was happier than a pig in its wallow. I was touring to see the Grateful Dead as I was a deadhead at this time, and I  mean I looked the part and all..still kinda do. And off we go to about 1987 or 88.

Santa Cruz 1987 and it's a peaceful college town except for some of us rabble rousers around town and we weren't that bad we didn't steal or really cause trouble, we were just crazy kids getting high and making a lil bit to much noise around town, but being a college town we were tolerated because as i said we weren't really that bad. The pack I was running with was called the T-B.A.G. Revolution and they might have even been classified as a cult, except they had no leader except God himself, no oppressive doctrines, matter of fact they didn't try to influence your behavior at all except to be positive, so all things considered if I fell into a cults hands at this time it actually didn't to my fortune end up badly. But this is where my life took a twist from being one of a destructive nature to being one that started to nurture,strange twist no. Before I met the T Bags' I was a destructive little twerp who was mad at the world cause i can't see well at all, and "normal" people just pissed me off to no end, so I robbed stole did excessive drugs and was a menace before meeting these people. I was just a plain angry guy with a huge chip on my shoulder just itching for someone to knock it off.

Here's where many people are going to say this never happened because "i hallucinated" they would assume. I was in town one day after meeting these people, and wanted some "magical mushrooms for mind expansion", and I was able to procure about 7 or so grams to share with my friends. So we traveled back to the "house" our squat to enjoy our different scores together and eat a nice meal. Understand at this time I wasn't an adult, but I wasn't very impressionable anymore either as the streets had toughened my exterior, but my heart was still sweet and malleable. We proceeded to take the mushrooms and much to my delight they were fabulous giving the world a warm feel and enhancing colors like you wouldn't believe.

Then suddenly the strangest thing happened and I thought I was tripping out at 1st but I will swear to this day it was real. I saw and heard the voice of my savior Jesus, I hadn't fully accepted Him at that time yet but this experience would forever change my perspective as a previous one I had also did ensuring that I would believe at this time that I was truly seeing and hearing what I was hearing.I shook my stupor off and got up as the voice instructed me to do, and He proceeded to show me many things from my past as we went from room to room they changed into scenes of my life, but it was as if I was on the outside looking into my life not living it but helplessly watching. I saw twists and turns from the past and many from my own future that had not come to pass. I was shown how to conquer my own pains but wouldn't have the strength till I was much older to tame myself enough to become a truly exceptional person. He showed me how if I didn't embrace change I was going to die on the streets very prematurely, and He showed me a path directly to Himself. Ok Ok get the laughing out of your system because I was a teen fugitive on the run in the state I was running from the authorities in, and I was shown by the Spirit how to get all the way to ST. Louis where I was led directly into the arms of the waiting Orthodox Church but not until many years later and long after I had lost contact with the Tbags.

No I was destined for many years of in and out of jails and running every chance I got never to return home until adulthood to visit my adoptive parents who couldn't conceive of why I would do the things I did.I sold my body, did drugs to escape reality and just kept being angry again for a while. Then one day it happened a scene I saw earlier in my life came to pass. There was that big rig I saw years earlier in a scene and the driver who would bring me to my place of salvation St. Louis. where I lived in a park for many months until I met a cantor from the church that would later baptize me. As these people now helped me and taught me I made a deal with my PO in Cal. that if I would get my GED and not get into any trouble plus go to work and better myself I wouldn't have a record. I did so and started to become a genuinely better person more controlled and eager to learn, when I got my GED I graduated at the top of the state scores in the 98th percentile and was given grants to go to University I was only about 15 at this time now or possibly about 16, I became an emancipated minor and continued on with life.  When you see the story entitled "the trap" the rest will be explained because with all the good for me that I achieved here it was a trying and horrible time in many ways.

The point here would be don't judge a book by it's cover. I have gone on to be a musician, Medical Massage and Oncology Massage Therapist, manager, painter, printer, gardener,and have many other career skills. That person on the street there might just need a break or they just may actually not want to help themselves, it usually becomes very apparent when you offer them work.

I am a musician,medical massage therapist, and carpet cleaner and house cleaner right now. I am differently-abled and cannot work that much as I have many different underlying health conditions.My artistic name is QI-BALL I use this name as a poet&artist

This Blog will contain stories both horrible and inspirational based on true experience in multiple walks of life that range from the street all the way to pretty wealthy, from skid row to Hollywood and beyond societal morals in review. BITCOIN also