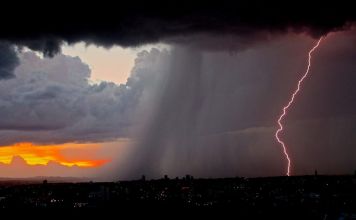 Snail2 #ShowYourPortfolio AKA the bumpy road

I have been building up and then ruining my portfolio since late 2012. This is where I'm today: 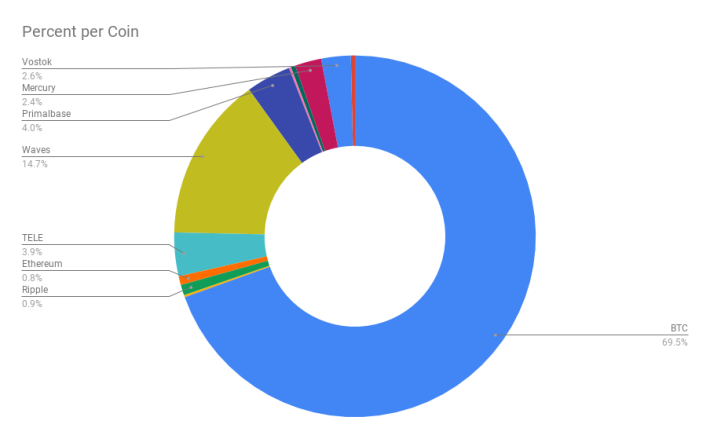 BTC: We can say that this portfolio is a bit BTC heavy. Sure. The thing is that BTC is the alpha and omega of crypto. All coins came from BTC, "and unto BTC shalt thou return"... and anyway that's why we are here after all. Actually BTC was the only coin what never disappointed me. It's a roller coaster  and always been, but even after the worst nose dive you can always count on the next rally in a year or two (sometimes three).

LTC: No LTC for me, thank you very much. It's there on the chart but one of the unmarked barely noticeable thin lines. I have no luck with LTC. Sometimes I've lost my LTC for a Fontas pump, other time for a winding down "stock" exchange (AKA exit scam). Last time when I held a good amount of Litecoin I became an involuntary contributor to Big Vern's new life somewhere in China. Still have a few, but I don't even dare to touch it :). Anyway, in my opinion it lost its significance to ETH so I do not have big plans for it.

Ripple: It was the same as LTC. Nowadays together with Stellar I started carefully buying it again as I believe it'll go through the roof again and now it seems to be rather cheap.

Ethereum: As I said ETC is the new LTC with much more capabilities. At this moment I do not have much as I turned most of my ETH to TELE (Miracle Telecom) but depending on how TELE will perform after the end of the ICO the ETH slice might be above 10% again. Various new bounty and airdrop tokens on the ETH blockchain can provide a steady and cheap ETH supply, so I like it.

Ethereum tokens: (shortlisted the very few what I'm holding in significant amount at this moment):

TELE (Miracle Telecom): Telco Company in the Czech republic. Still in ICO but it's already traded on STEX, and they paying dividends. Looks good for now.

TaaS: Closed investment fund token. It was good for some time. They are winding down now and liquidating the funds. Might get a good return.

Waves: My new favourite. Second only to BTC. It's spreading, there’s constant development and the developers actually interacting with the users. I invested into the Waves ICO back in 2016, since then I see it as a long term investment and I'm mostly happy with it. Especially happy as I used to get all sorts of tokens for free. 95% of these coins are worthless but the remaining 5% is a good addition to the POS returns.

Primalbase: a really good one. These guys renting workspaces for around big financial hubs all across the world and if you hold at least 1 PBT you can lease out your tokens and get your share from the rental fees in ETH. Getting 1 PBT is a pricey business in these days (as it’s moving around $6000) but in the long run it can be a little bit of passive income.

Vostok: The new and great and shiny... something. It was airdropped proportionally for Waves holders and allegedly this one will be the next big thing on the Waves network. Looks good indeed, but I should really read the whitepaper.

Incent: As the idea behind Incent is good, it seemed to be a good idea to buy some while cheap. As it's grooving slowly but steadily it  turned out to be a good investment indeed.

Mercury: I dunno. Some utility coin on the Waves network. I've got a lot for free and now it worth a nice sum of money. One day I should take a closer look at it and find out what the heck this coin is.

Coffeecoin: Not very valuable at this moment but I still like it. These guys buying coffee from the farmers in Indonesia then roasting, packaging and selling it directly across the world. Nice idea, worthy for support.

Apis Token and Apis Mellifera (rebranding to Beehive and Hives is in process): Adopt a beehive and manage your real life bees. Very cool stuff. Not a very valuable token but a great idea and might be the beginning of my honey tycoon carrier :).

Other stuff: of course I also have a bunch of other coins like DOGE, TRON, EOS, BCH and several others, but not in significant amounts.

Summary: Not much summary, as originally I’ve built my portfolio quite randomly (“Grab what you can and give back nothing”), got scammed, got too greedy and went into bad trades, tried to be smart and calculating with mixed results. Put my trust into trading bots. Yeah! Those were pretty good during bull market. During bear market those bots were only good for someone else I guess J. So as a summary of my experiences I’d say do your research, don’t trust anyone who offering you advice and most importantly when you feel the sting of greed and the urge to throw your money into some “opportunity of the year” then slow down, sit and think it over again ;).