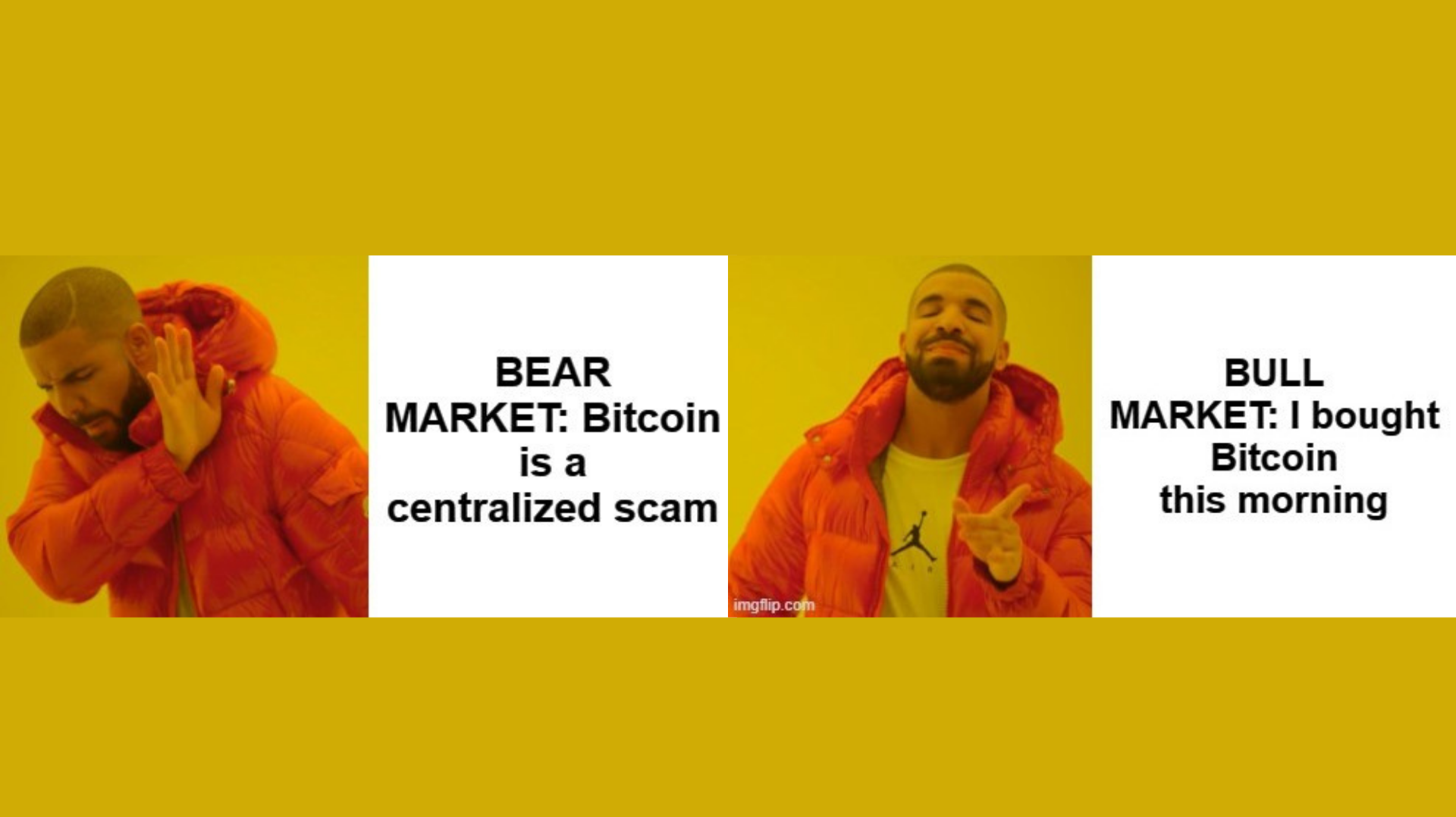 We were given an interplanetary network of permissionless, trustless, and borderless highways, and there are some who are concerned that car production is in the hands of few car terminals, or that many Arab sheiks bought all the Ferraris. 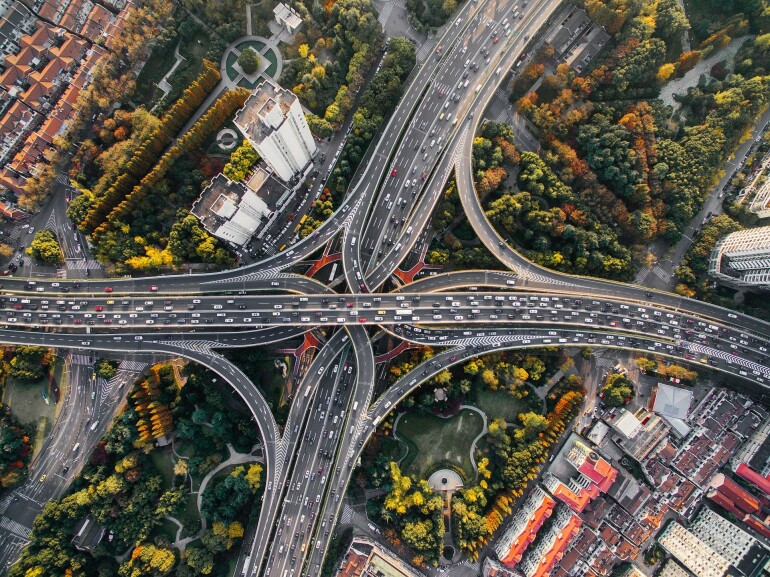 It is really very funny, in times of bear market, as the most incredible theories of the inevitable disappearance of Bitcoin appear, the more complicated, the better. Personally, I am waiting for some CERN scientist to tell us that, after simulating trillions of scenarios in the Hadron Collider, Bitcoin is going to drop to zero on September 23 at 22:54 UTC. 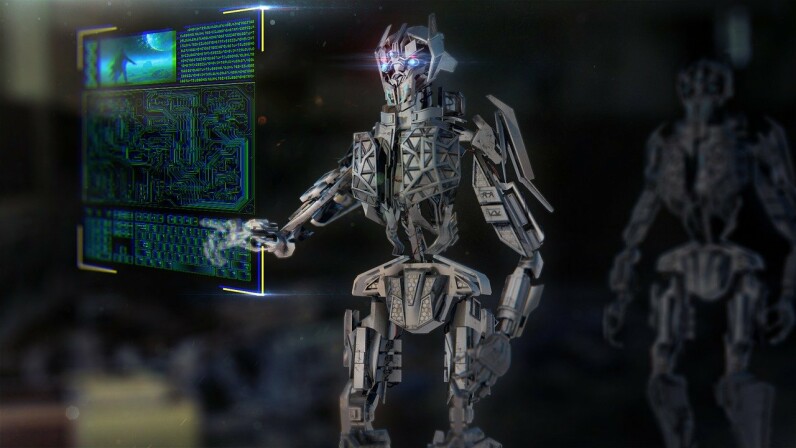 It is not about being or not being a BTC maximalist. It is only necessary to have a little common sense and reason that, even if Bitcoin disappears, which I think is absolutely unlikely, the decentralization that Satoshi Nakamoto proposed in his White Paper (which very few of the disaster theorists read), is a new instance in human civilization, never before known. If all they consider is the price of a token on an exchange, then it would seem logical that when the inevitable bear cycle hits, they predict disaster. It is the eternal human fear of the unknown. Backed by ignorance.

It seems that the concerns are about how much BTC was bought or sold by the whales (that is, the banks and other furious detractors of BTC) that place orders at a ferocious rate under the pseudonym of the protocols. Or that the miners are plotting a historic conspiracy to bring the planet to its knees. Or that centralized exchanges are on the verge of bankruptcy, following in the footsteps of the examples of recent months. Makes me remember the Covid thing.

The problem remains the same. Those who ignore the functioning of the crypto sphere and see it only as a distant cousin of Wall Street and its speculative wolves, also ignore that, if the payment system called Bitcoin disappears, we will invent another one, and then another, and then another. Because what matters is the decentralization that the resolution of the Byzantine general's problem proposed, and not the price that a token has on an exchange. If you are worried about losing your money in a system that you consider to be centralized, a fraudster, and hopelessly failing, then what you have to do is put your money in a fixed term from a well-known bank, and that's it.

Bitcoin is an app. Blockchain is the operating system.

You can have all 21 million Bitcoin in a single wallet, which would be very ridiculous because in that case, BTC would have no value, but still, you could never remove the seed that blockchain technology planted with its promise to decentralize the financial hierarchies that run the planet.

Actually, I still think that there are many interests at stake and that the battle against the corporations and the establishment is not going to be easy, since they are going to fight from all sides, even imagining mathematical theories that border on madness and stupidity. 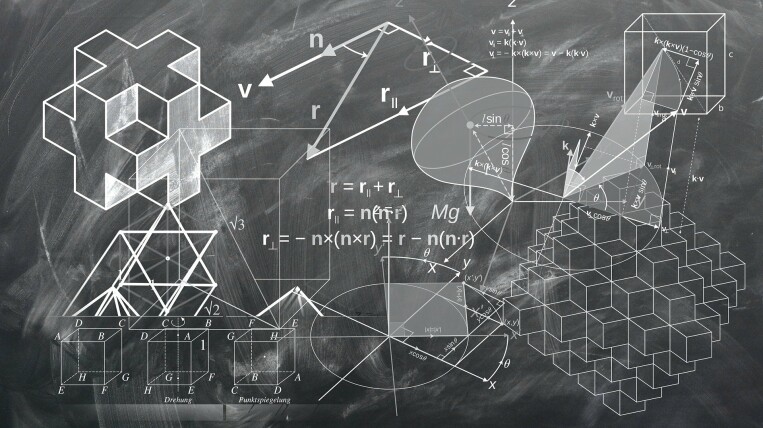 Here is the conceptual error, derived from not understanding or not wanting to understand how a blockchain works. Because the important thing is the blockchain, not the token.

If the automotive terminals stopped producing and selling, they would never be able to stop the new generations who do not even want to hear about the hierarchies of the current establishment. 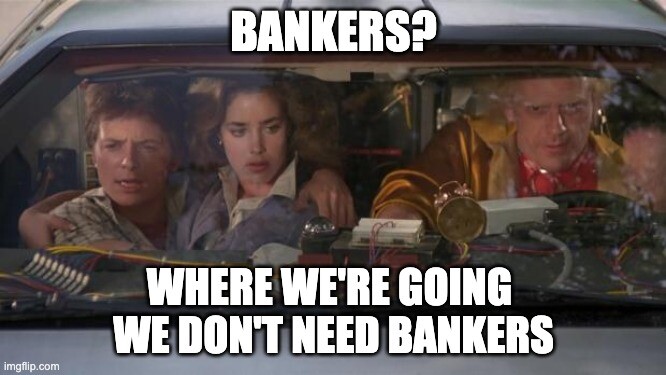 The point is that the highways (blockchain networks) are already in place, and there is no force on the planet of any size or color that can remove them. They can ban them if they dare to be such idiots because nobody ignores that banning anything multiplies its use. But they cannot disarm them in any way. This, of course, does not take into account the possibility of a massive simultaneous nuclear missile attack on the world's major cities causing destruction and extermination on a planetary scale. If that happened, the survivors would only have to worry about listening to or seeing the news that both, the USA and Russia, reported who was the real culprit of such a decision. No one would care about Bitcoin or the stock markets anymore.

I read somewhere that the largest amount of Solana (SOL) is "concentrated in few wallets".

I read somewhere that the largest amount of BTC is "concentrated in a few whales".

In my analogy, the international interconnected network called the crypto sphere made up of thousands of blockchain platforms is actually an interpretation’s philosophy of how value should be transferred and created between the different entities that make up the economic system. This network is open-source, decentralized, permissionless, trustless, and inclusive of anyone in the world. It is built at our disposal and we can use it, and no one can take it away from us.

What determines the possible concentration of a blockchain is its consensus protocol, and not that the currency is in the hands of a few people, although it is true that the former can lead to the latter. But the reverse is not true.

A PoW network like Bitcoin has hundreds of thousands of miners, many of whom are large operators, true, but the PoW protocol itself is much less likely to allow concentration.

A PoS network has validators and a much clearer tendency to centralize than a PoW network since large operators stake their money in exchange for receiving the benefits of validating a block. PoS allows a chain to scale, although it loses security since a smaller number of validating nodes makes the network more vulnerable to malicious attacks. Time will tell if Ethereum's decision to move from PoW to PoS was correct. True, a lot of new encoding technology and systems were incorporated, such as sharding, plasma, Zk-Snarks, and Zk-rollups. But the philosophical concept of PoS has the centralization chromosome implicit in its DNA.

It is not known for sure how many Bitcoin miners currently exist, but estimates are closer to 300,000, with Bitcoin being the most secure network in existence.

Each subsystem of a blockchain also has its own incentives and the result of its actions will determine the degree of decentralization of the system.

The subsystems that make up a blockchain are:

This shows that it is not only the ownership addresses that determine the centralization of a network. Nor the number of nodes. It is necessary to consider the joint actions according to their incentives, and only then do the evaluation. As we can see, there are many who would have to agree to compromise the network, and not all of them have the same inventiveness.

It would be useless for miners to create new Bitcoin if there were no exchanges where traders could give them value, or if there were no engineers encouraged to add commits to GitHub and thus improve the protocols. No separate subsystem can make the system work. If a subsystem is concentrated to the point of making the system lose value, then the system disappears and everyone, absolutely everyone loses.

The so-called "Nakamoto coefficient" measures the interaction of these six subsystems and expresses it in a number. The Nakamoto coefficient for Solana is 19. For Bitcoin it is 7,349, making Bitcoin the most decentralized network on the planet. This coefficient roughly indicates that it would take more than 7,000 validators to compromise the security of the Bitcoin network, while for Solana it would only take 19.

This only tells us that Solana is much more centralized than Bitcoin, not because of the amount of currency in the hands of a few wallets, but because of the interaction of the six subsystems that I showed above.

For those of you who like formulas, here is the formula presented by Balaji Srinivasan. 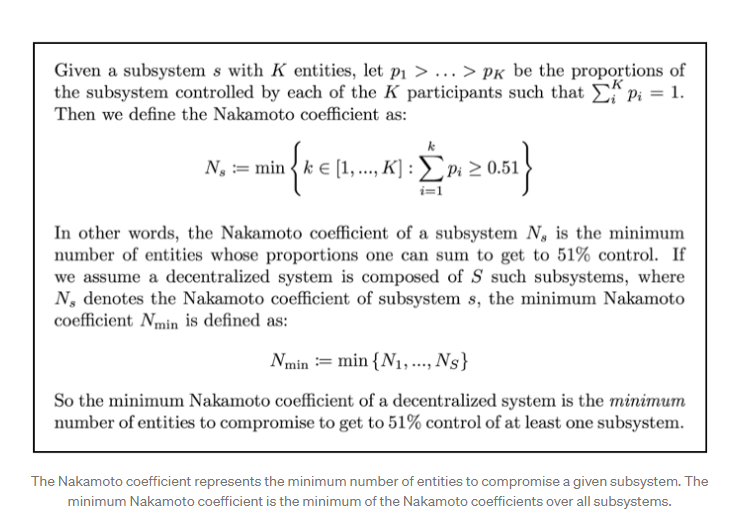 On the other hand, we must consider that the currency that does not circulate has no value. Gold and oil are assets that have value because they circulate, even when they are concentrated in the hands of a few corporations.

¿So, who cares that most BTC, ETH, and SOL are stored in a few wallets? This happening in no way makes a network centralized. If the hoarders of cryptocurrencies become more and more concentrated, there will come a time when a critical mass of storage is reached for which the currency ceases to be useful. It is totally useless. I honestly don't think whales are going to make that mistake. The currency will continue to circulate because it is not convenient for the hoarders that it does not circulate and that people lose interest because it is their own fortune that is at stake. The same applies to miners, nodes, and other subsystems.

The Bitcoin network is designed with Byzantine Fault Tolerance, so it would take 51% of validators to agree to break the chain. There are about 16,000 nodes in the Bitcoin network, and that is why it takes a Nakamoto Coefficient greater than 7,000 to attack the network.

It also doesn't matter that miners have their own devised tricks, because the Bitcoin protocol is designed to make any malicious attack very costly, though admittedly not impossible. Those who are so afraid of "miner conspiracies" should read Satoshi Nakamoto's White Paper in-depth. You can find over there the possible attacks, their probability of occurrence, and their cost.

If the corporations that manage the oil stopped producing, the value of the asset would fall, the planetary industry would fall, not just the automotive industry, and some alternative system would have to be thought of to produce on the scale that capitalism demands.

Even so, highways are already built and would be waiting for entrepreneurs to start developing methods to use them.

Can anyone stop an entrepreneur? 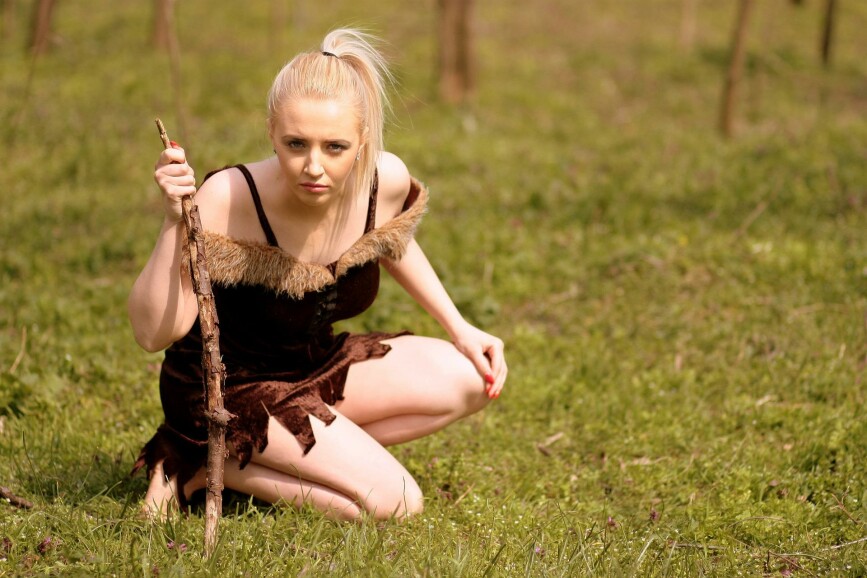 Image by Adina Voicu from Pixabay

If BTC disappears, we will invent something else, stay calm. BTC is nothing more than a seed.

Most of the people who are active in the crypto sphere are not interested in either the freedom or the anarchy that decentralization brings. They just want to get rich next week. That is why it seems to me that those of us who do think that decentralization is the best form of cooperation between human beings, permanently refresh the "Trojan horse" character of cryptocurrencies, which were created by human cunning to deceive power, since it would have been impossible to take away the power to print money with a frontal attack.

I do prefer to continue believing in human ingenuity. 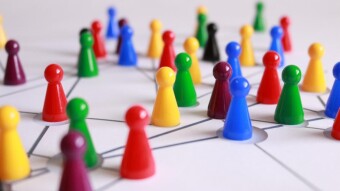