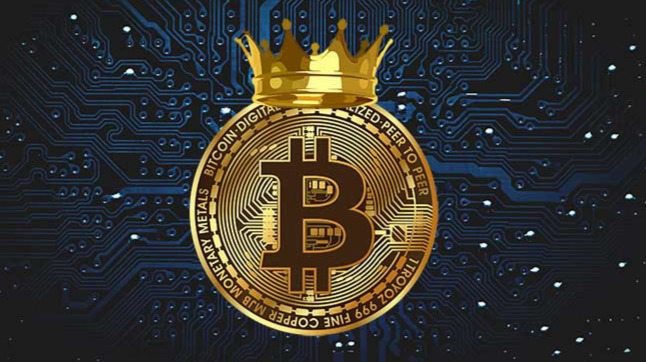 Let us talk about Bitcoin! A Let’s Simplify Things! post!

In this post I would like to give you my thoughts about Bitcoin and hopefully have a productive discussion with all of you!

That is why in this post I will refrain from using any memes or pictures.

Let us keep it clean, simple and serious looking this time!

As Bitcoin is moving towards its all time high price, I hear more and more people start talking about it again.

And that makes absolute sense, as it is again bringing big profits to some and the hope of much more to many!

But when I look at it I wonder why do people say that?

Why is Bitcoin so valuable?

Should it be so valuable?

I know a lot will attack me for saying this, especially now that it is running towards its all time high and possibly breaking new historical highs!

But please bear with me!

What is the fundamental thing that is offering us?

What problem does it solve or what service does it provide?

People talk about all those coins and forget that behind them are projects that offer a service or that they offer a solution to a problem!

At least that should be the case!

So now I ask you, what problem does Bitcoin solve?

Or what service does it provide?

Most of you will reply by saying that Bitcoin brings us decentralisation.

That makes each one of us our own bank.

Those, as well as many other things, are true about Bitcoin.

But aren’t other coins offering the same thing?

Actually I would ask, aren’t any other coins out there offering a better version of what Bitcoin offers?

The answer is obvious… yes there are!

To do so I will not go down the path of listing names but I will only give you two issues Bitcoin has that are solved by other coins.

We all know that it takes a long time for a transaction in BTC to be completed and that is a major issue when one wants to talk about daily life adoption of Bitcoin.

Imagine going to a shop to buy something and having to wait for a couple of hours for the transaction to go through!

As for privacy, many think that Bitcoin is anonymous.

That is simply not true as the transactions are public and traceable to the relative addresses and so is the balance of every address.

And at some point one will want to use their address to receive a service or buy goods and at that point that address will cease to be anonymous.

I hope this proves my point and make things clearer!

Then why is the price of Bitcoin soaring?

Are all those people buying it stupid?

I will try to simplify it by saying that Bitcoin has the same fundamental value the USD ( like most FIAT currencies ) has… the trust of the people!

And that is the funny part! The FIAT potential killer shares the same core value with its potential victims!

The belief that it is a safe haven! The one to go to!

You notice I compare it mainly with the USD as USD is the king of reserve currencies and the safe haven that people turn to in times of crisis.

Parenthesis ….Before you start talking about gold, remember it is not really a currency but commodity money and that is a whole other discussion!

After this small parenthesis we come back with looking at how Bitcoin gain this trust?

Simple…. It was the first one that worked!

Bitcoin is the cryptocurrency creator, as without the success of Bitcoin there wouldn’t be all those other currencies.

It is always the case that the initial one, the first available to the market, always gets the bigger portion of the market pie!

Now will FIAT go extinct.. No it will not!

Will Bitcoin become a reserve currency? For the time being no!

It is way too volatile to even start thinking of becoming a reserve currency!

What effect will such a move have to the value of Bitcoin ( and especially the stable coins ) I don’t know.

I can only guess that it will hit the stable coins hard but will not effect Bitcoin that much.

I also believe we will see coins that offer more fundamental value than Bitcoin getting closer and closer to its value.

But will Bitcoin lose its place as the king of cryptocurrencies?

I honestly don’t know, nobody does!

People are just guessing, and most of them change their guess as the price goes up and down…

My guess is that for the foreseeable future Bitcoin will remain the king of cryptocurrencies.

Unless by some miracle people do realise that there are better Bitcoins out there!

It will also remain the main counter part to all the alt coins trading pairs.

And that it will not become a reserve currency as its price will continue to be very volatile!

Finally are people buying it stupid?

No they are not! They are speculators trying to make a profit.

And yes some ( or many ) have no idea what they are doing and they are practically gambling by buying it.

But isn’t gambling a form of speculation as well?

Please do join in the conversation!

Do let me know your thoughts on the subject by leaving a comment!

Finally, before saying goodbye, I want to let everyone know that I have no sponsors, this post is not sponsored by anyone whatsoever!

So your tips is the only income of the blog!

The above reflect my personal views and by no means should be taken as a recommendation to buy or sell any asset nor to use or not use any service or equipment whatsoever!

Those simple and quick two clicks really do help a lot! 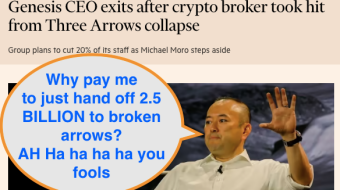