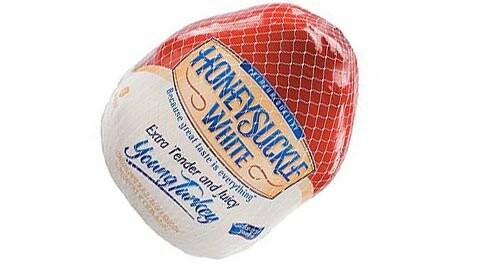 The day before Thanksgiving, Grace Loren sat at a table with planted elbows and head rested on the palm of her hands. The table stood in the middle of the small studio apartment that she rented with her son Leslie. A foul smell from a leaky sewer pipe permeated from the bathroom. That's all they could afford.

"Damn life!" she exclaimed, with her voice sour and full of self-pity. "Here comes Thanksgiving… and what? We don't even have a turkey! How low can life get?"
Indeed, this was the first Thanksgiving of her life when her family, or what was left of it, wouldn't have a turkey. Five years ago today, her now ex-husband left her for another woman. Seeing this woman, Grace couldn't understand how there could have been any attraction. Ok, she was younger, but… she looked like trash. Phooey. And yet, and yet… he … ah… how unfair life is. How silly, how devilishly silly… even stupid.
Grace's days were hectic as she worked in a call center fulfilling orders for several different companies. She was considered a "fall back person" and provided support to any rep who was having a difficult call; She took over the call if the rep couldn't take control of the situation. Having only a few seconds between calls, she had to be extremely patient and, no matter what, had to keep her customer on the phone until the issue was resolved. She had to stay poised even if she was berated and cussed at, so that she and all of her supervisors didn't get nasty emails about their poor performance.

As she took the subway home, Graces' irritating memories about her divorce and her present, sorry situation dominated her thoughts. She hated those depressing feelings and despised her job, but couldn't do anything to remedy either. Things were even worse when work wasn't very busy, and some workers were fired and sent home without pay only to be rehired when the company was desperate for a bit of extra aid. That's precisely what happened to Grace, and to add more fuel to the fire, her compensation was only a tiny margin higher than that of the newcomers she trained. Furthermore, she was called back to work only thirteen days ago and has yet to receive her first paycheck. Her ex-husband didn't make much money to begin with and his child support and alimony obligations are a joke. Thinking about all of this, Graces eyes began to swell with water.

Leslie, who grew much taller over the last summer and towered above her like a question mark, got up from the chair and approached Grace.

"Don't cry, Mama," he said gently, placing his hand on Grace's shoulder. Who gives a crap about a Turkey? I sure don't."

"Yes, honey, of course. Who cares?" She wiped her tears, exposing black streaks on her face from smudged mascara. "We should be above that. We should…" she said with a shattered voice, and she broke into tears. Leslie looked at her for a while, gloomily, then picked up his jacket and hat from the hanger in the corridor and proceeded to the apartment door.

"Where are you going?" Grace asked.

"Going to Dwain's. Need to do something for school." They had a cheap computer that her ex-husband gave Leslie for his birthday, but no printer or internet access, because those luxuries were outside of Grace's means. Leslie usually saved his work on a flash drive, went to his buddy Dwain's who lived in the same building, and used his computer for research and checking up on his social media accounts and his printer for printouts.

As the friends bumped fists, Leslie explained, "Man, I need to do a quick print out."

Dwain got up and stretched, simultaneously gazing at the computer screen from behind the chair Leslie was sitting on. "Man, what are you doing on Publix's site?"

"Going to get the fucking turkey!" Leslie grinned, stood up, snatched the page he just printed from the printer and advanced toward the door. "Thanks, buddy", he said energetically as he scurried out of Dwain's apartment. Then, already out the door, Leslie added through teeth, "I hate when she gets all mushy."

Two hours later, Leslie came home tired, carrying a large, bulky bag in his hands. "What is it, Leslie? What did you bring?" Grace inquired.

Not answering, Leslie instead, with visible effort, hurled the bag onto the kitchen table with a thud, like an amateur bowler would toss a bowling ball onto a wooden lane. He stepped back, removed his hat, wiped the perspiration off of his forehead, and then placed his jacket onto the hanger. Briskly, Grace progressed toward the bag and peeked inside. Her eyes became big.

"Turkey? Honeysuckle White Turkey?" She took half a step back, blew aside a few strands of hair that fell on her face, and then burrowed her head into the bag. "Where did you get it? It is so large. Must have cost a fortune!"

Leslie was now undressing for a shower.

"You wanted a turkey… I got you one!"

"But… but how… where did you get it?" Grace was stupefied.

"Where did you get it?" Leslie laughed. "What a silly question. In the store, where else?" Leslie now shut the bathroom door and turned on the water in the shower.

At that moment, a scary thought dawned on Grace, making her shudder. She rapidly walked to the bathroom door and administered 4 hard knocks.

Leslie barked back, "No! I didn't! Leave me alone and let me take a shower. Jesus!"

Leslie arrived at the local Publix and strolled through the frozen turkey section. Joyous classical music softy escaped the store's speakers and gently wandered into Leslie's ears as he pondered. People are scurrying about, gathering supplies for the holiday dinner, generating a monotonous hum. Leslie, on the contrary, appeared cool and focused, consumed by a momentous agenda, of which the specificities are rooted deeply in the dark matter of his brain. His eyes scanned the long freezer as he paced and analyzed: Butterball… Shady Brook… Honeysuckle… Norbest. From time to time, he pulled a turkey toward him, carefully read the label, then shook his head in negation and pushed it back powerfully.

Finally, after parting through most of the carcasses, with nearly frostbitten hands from handling so many, he reached into the far right corner of the freezer, dark from a broken bulb, and extracted something that made him nod with satisfaction. Holding the turkey in his hands like the Holy Grail, he walked to the front of the store and stepped into the checkout line.

When he got to the register, the cashier smiled, put the turkey in a bag and addressed Leslie: "That'll be thirty-five seventy, sir."
Leslie peered at the monitor attentively and retorted, "I don't think this is the correct price, ma'am." Looking into the face of the clerk that grew dim from misunderstanding, Leslie clarified,

"You see, ma'am, the advertised price is 99 cents per pound, and the scanned price…" he pointed to the tiny label with his finger "is a dollar fourteen."
After careful comparison and having realized that Leslie was indeed right, the clerk responded,

"Oh, sorry, sir. Glad you pointed this out. I will re-total your purchase right away."

"Oh, no ma'am! The store policy clearly states that if the scanned price is higher than the advertised price, then the turkey is free."

"Whaaaaat? What are you going on about, boy!? I ain't giving you a thirty-pound turkey for nothing!"

"Then I'd like to talk to your manager, ma'am." The clerk looked at Leslie with contempt, so much so, that her upper lip quivered. "O, sure! Be my guest." She announced two times into the microphone - "Manager of the meat department to register number 5", then turned to Leslie and said with a malicious grin, "Please step aside, boy. He's on his way."
Soon, a stout, bulky man in the black suit came over, looked at the clerk and then turned to Leslie. "I am Randy Mills, the meat department manager." Directing his attention back to the cash register clerk, he inquired,

"The scanned price of this turkey is higher than the sale price."

"I wanted to, but he…" She pointed at Leslie with indignation "He wants the whole turkey for free!"

The manager turned again to Leslie and appraised him with his gaze. He froze for a second as his jaw protruded forward. He hoisted the turkey from the register counter and examined the label, comparing it with the sale price. Then, his steel-colored, non-blinking eyes locked onto Leslie's face, non-physically pushing his width and bulk into Leslie's lanky, gangly figure.

"So you just happened to pick this particular turkey out of the dozens that were available, eh?"

"Yes, Sir!" Leslie's voice vibrated between high tenor and low baritone, as he was of the age when a boy's voice breaks.

"Ok, well, why then don't you want us to correct it to the advertised price?"

"Because of your store guarantee, sir." Leslie handed him the printout stating the following… 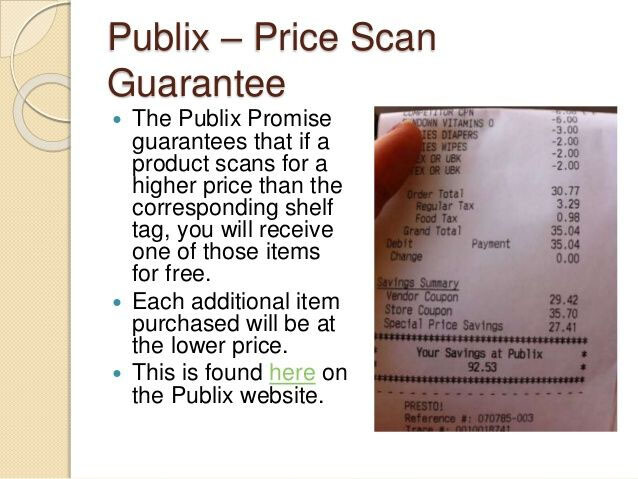 "You should give me the turkey for free or else this is…" Leslie pointed to the sheet of paper, "This is false advertising!" As Leslie raised his voice, the manager noticed that other customers turned their heads toward him and Leslie in anticipation of a scandal.

Their eye duel lasted for another few seconds.

Then, the manager shook his head, as if not believing in the reality of what was taking place; He turned to the cashier and said, "Gladys, give him his turkey." Then he added loudly to Leslie "There you are, Sir. The store always honors its commitment."

"Thank you, sir." Leslie grabbed the bag with the turkey and began walking toward the exit door, then turned around, walked back to the cashier and asked, "Can you double bag this for me, please? I would hate for this bag to rip and such an expensive 30-pound turkey to go to waste." Gladys complied and double bagged the turkey, silently. She handed it to Leslie. A grin of satisfaction was imprinted on his face like a fossil.

Thanksgiving came around and Grace did what she rarely allowed herself to do - ate too much and went to bed early. She kissed Leslie on his forehead before she went to sleep. Lying in bed, she smiled and contemplated, "… Who did he get this ability from? Must be from my side of the family…"