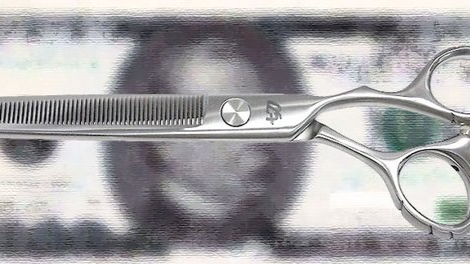 The Hidden Source of Energy

The nurse opened the door. She was dry and bony as if she smelled like formaldehyde. Wearing an impenetrable an expression like a secretary bird, she said:

He was reclining on an orthopedic bed. His long arms and legs reminded branches of a withered tree, which both girls passed on the way to his hotel. The body was motionless and it seemed unclear, in which part of it his soul resided? Only his eyes:  small but lively followed the girls' every move. They greeted each other and Sam (that was the name of the old fart) released a joke about the fact that the beautiful girls still dwell in the suburbs of Chicago. His voice was low and a little hoarse. Apparently, there were the days when the manner he conducted a conversation was impressive and solid, but now the voice sounded weak as if the spoken words were echoes of the departing soul. When he grinned to his own joke all his face from the mouth and nose to the temples went rippling with wrinkles.

"Man, he's friking old," thought Donna. In the room, however, had no nasty "cadaverous" smell. Sam smelled clean and wore a spicy deodorant. Apparently, the "fish jerky", as Donna mentally called the nurse, did do her work.

An hour ago, Martina, a full-breasted and low-voiced Latina, who usually handled phone calls in their fashionable hair salon, called Donna aside and asked her, covering microphone with her palm.

"Why partner? I can cut his hair myself." Donna expressed bewilderment.

"It's across the street. In the Doubletree hotel condos."

"You are an interesting man for your age, Sam."

"You think so? I do not see anything particularly interesting in old age."

"Should we cut your hair short?"

"No, no." Sam protested, "Do not cut off a lot. My daughters are arriving with their husbands and grandchildren. I need to appear before them in all the glory" - he jokingly twice lifted his gray eyebrows.

Donna whispered in Lily's ear, "He's 100 years old and still tried to look young." Lucy put a no-rinse cap on Sam's head, which she took out from the microwave.

"Besides," he continued, "what if they are not gonna grow up anymore?" - He coughed khe, khe, khe - The girls giggled.  "Laugh, laugh. I like when you laugh, even when you're laughing at me."

"We're not laughing at you, Sam" - Donna rubbed the shampoo and conditioner into his hair, "we are laughing with you."

"Mmmmm ..." Sam murmured with pleasure.  "Good.  Your manners are so exquisite, too" - he continued, "I can't believe that you work as a hairdresser. You are so pretty."

Now Sam started to feel at ease, so that after a while, the girls did not even have to answer him, but only insert into the conversation an incentive interjection. He spoke with pleasure, and it seemed that his voice, which at the beginning of the conversation sounded course, gradually evened out.

"My wife also was a beautiful woman," he closed his eyes dreamily. "…and well-mannered too. I met her here, in Chicago. You know, it happened that her parents came from Russia, from the same place as us. What was it called? Something like Anykshay. Only my grandfather was from a rich family. He was a jeweler, had a shop and a storefront. He worked large orders and even made a wedding ring for Lithuanian governor. Everybody knew him there."

"… her family?  No, they were poor. Her grandfather was a shoe man, and her father here in the States already worked as a draftsman. Though, this didn't matter. My grandfather flew from New York specifically to get acquainted with them. It doesn't matter, he said, that they are poor. The main thing that she's from a good family, a family with good values. Two months after that, he gave us his blessing. By that time, my grandfather was very old, but his mind worked perfectly clear."

"When did we come to America? It was a long time ago. Back in 1913r. At that time, I was only four. Back then, a big pogrom was planned in our town. My grandfather was a man with connections; he knew in advance about it and made a decision to flee. He took the entire family with him and me and my mother, of course. My Father? No, he was not with us. He died in prison. He was revolutionary. Money and jewelry grandfather placed in leather belts and we all wore them around the waste."

"I remember crossing some river on a small boat. Then we sat on a train and went to Riga. From there we boarded a steamer, a huge one. I remember coming out of the cockpit to the deck to look at the waves.  My grandfather found me and screamed at me. He told me not to step away from him. He wanted everybody in the family to be ready and in the case of an emergency ... immediately be first into the safety boat. He was afraid of what happened with Titanic. It took a while before we arrived in New York. My grandfather opened a jewelry shop there; then the production grew into a factory. He, you know, had old connections. He bought equipment from Germany. He taught me everything. When later I arrived here I opened the branch of our company in Chicago."

"No, I didn't meet Al Capon." I arrived in Chicago in 1933.  By this time, he was already incarcerated. Yeah. I lived here since then. Our two daughters were born here. All these years I worked at the factory. Not easy ride, not at all. The competition is stiff, but I liked it. Oh, no.  Not like Al Capon. I made all that I have with my mind, my taste and my hard work.

"The house? Sure, we used to live in a house with my wife and daughters. Now ... what do I need it for? It's too large and too empty. One of my grandchildren lives there now. He leads the factory nowadays. Yeah, he is a good guy. No, he is not married yet. He does not want to, did not meet the right girl. I don't know, some shiksas. But the time will come. I'll talk to him. It's now been ten years since I left the business. It became difficult. My eyes see, my soul wants, but my body cannot, not anymore. The grandson? Yeah, sometimes he calls and asks me something, but rarely. Nowadays they have these new technologies, computers. I don't know squat about it.

"Oh…I am one leg in the grave. All my friends and associates are gone. There's no one to talk to, no one to remember old times. But my family, my root is alive! Well, I lived a good life. My grandchildren have already grown up. Many of their families have. Tomorrow everyone should come. I want to see them, to be happy to, once more, the last time.  I will announce my will. How I distribute my savings among them: factories, houses, money, other valuables. Yes. The will come from everywhere: from New York, Boston, Philadelphia, Los Angeles. It is my time! Last time". - Sadness seemed to pour out of his eyes on the blanket.

"A hundred dollars for a haircut and nine hundred for a psychotherapeutic session," whispered Donna in Lucy's ear. They giggled. Now the hair was cut and Sam's head looked nice and beat. Donna put a mirror in front of Sam's face, while Lucy picked up the tools and put them in her bag.

"Is it really me?" - Sam made a "sad donkey" expression with his eyebrows and now reminded Eeyore from the "Winnie the Pooh" fairy tale.

"How much do I owe you? His voice still retained a note of sadness.

"A thousand dollars." Donna raised her eyebrows. "Did not you know?"

"A thousand dollars?" Cried, Sam. All the energy that remained in his body seemed to gather in one last powerful flow and pushed his body into a sitting position. Now there was no trace of the restraint. His face twisted with emotion. "A thousand dollars! May your hands be only good for arthritis!"