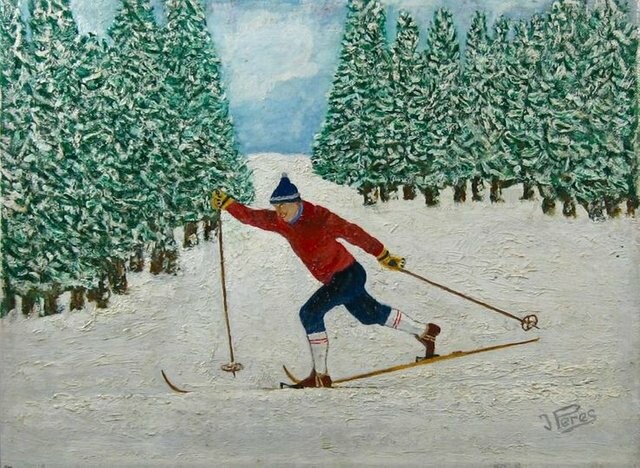 It was a beautiful winter day at about 3:30 p.m. Sun was shining on houses decorated for Christmas. Snow crunched under my ski boots indicating the temperature about -15 degrees Celsius. The forest started right next to the hotel where I stayed during my winter break of year 19…

I stopped and took a look around. It was very quiet and peaceful. Tall conifers trees and bushes were all covered with snow. It was still not dark, but the sun was already rolling out from the sky and could not be seen behind the trees. I rested for a couple of minutes, turned around on the ski trails and started heading back.

I stopped again when the trails split. I estimated I was about ten to fifteen miles away from my hotel. It should take about an hour to an hour and a half to get back if I was to choose the right trail. "Hmm ... which way? I knew the general direction, but a little concern started to worm its way into my thoughts. The surrounding forest was not as friendly anymore. It looked judgmental just like the gaze I've got from the hotel clerk when he had had trouble reading my credit card.

It was getting late already, and I felt colder than ever. I had a windbreaker on, a sweater underneath, but only sweatpants to protect my lower body. This ensemble was fine when skiing at a fast pace, but now my entire body was beginning to feel the early stages of hypothermia, but most prominently in the groin area. Here it felt like the real North Pole. I had to decide. My hands inside the fur gloves still felt warm. "The hell with my hands," I thought. "They'll survive." But I couldn't risk losing my chances for having descendants! I took one of my fur gloves and made it a nest for the family jewels.

I now felt a little better--at least mentally. I'd done everything I could under the circumstances. I started skiing hard again to keep my body temperature up. I can&rsquo;t say it was a very comfortable ride. ...Every now and then I had to stop and readjust the glove.

Finally, after irksome pushing and sliiiiiiding, I met up with a couple who showed me the correct trail back to the hotel.

When I approached my hotel a half-hour later, I wasn't moving too well.

I picked up some snow and started rubbing hard on my hands to prevent freezing. Then, I wiped the snow and ice from my clothes, went to my room, and straight into a hot shower. I stood there a long time trying to rid myself of the cold. It was so deep; it felt like it had made a nest in my body. After the shower, I jumped right into bed, covered myself with three blankets, and slept like a dead man, all night long--the hell with that Christmas party.

In the morning, my entire body hurt as if I had been on receiving a serious beating. I looked down in my boxers. Everything seemed to be in order and functioning. Smiling, I went down the hall for some breakfast. It was Christmas day. I had missed the big party last night, and any presents that would have come with it, but who cares? Certainly, not me!

I had the best Christmas present ever here with me!

Sometimes, when all my family is near the Christmas tree, I look at the little round ornaments and then at my three children, remembering that winter break of the year 19..., and thinking "Thank God!" 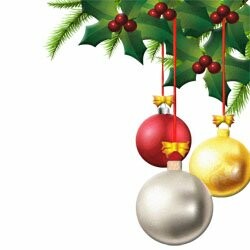