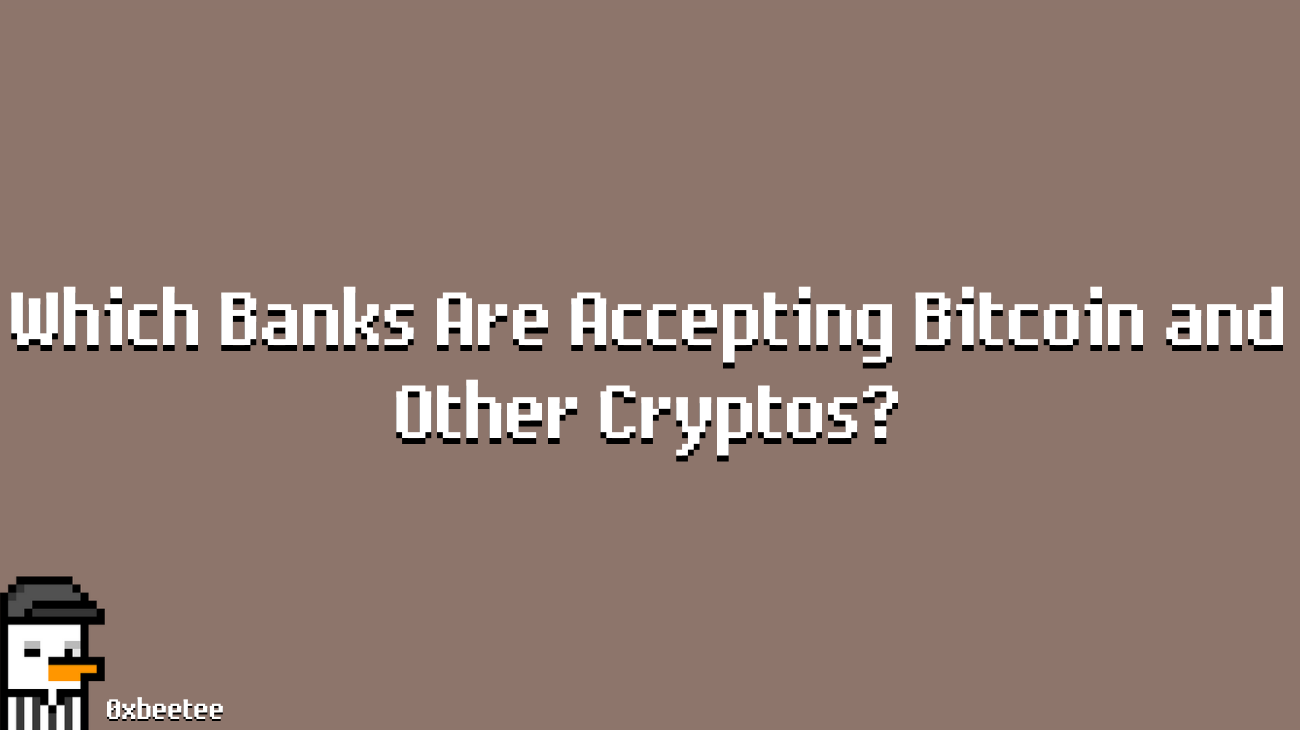 There is a common acronym thrown around in the cryptocurrency community called FUD, which stands for Fear, Uncertainty, and Doubt. It’s become somewhat of an umbrella term for anything that’s negative, untrue, or skeptical about cryptocurrency in general, or a particular project. As such, anything from governments banning crypto to ad hominem attacks on a project’s creator can be considered FUD. As insignificant as it may seem, FUD from a large enough influential entity (such as criticism toward Bitcoin from a developed country’s government) can often lead to real-world repercussions, primarily drops in the price of Bitcoin, leading to a domino effect of selloffs in altcoins and tokens with smaller market caps, all fueled by panic.

Few entities have spread more FUD about crypto than the banking industry. For years, bank giants have been heavily resistant to the idea of cryptocurrencies because they were seen as an existential threat, and for good reason. Bitcoin was created in response to the 2008 U.S. financial crisis, made to be a digital currency powered by blockchain technology that could be used without the need for a central bank. Its entire purpose, and the underlying ethos of the collective cryptocurrency community is that of decentralization, the antithesis of banks. Not only that, but the high degree of volatility inherent in cryptocurrencies further contributes to the belief that they’re unreliable for everyday transactions.

So here we are nearing the end of the first month of 2022 and the question remains: which U.S. banks are accepting and using digital currency? The short answer is none of them, really (at least for now). One minor exception is JPMorgan Chase & Co., which has been experimenting with a digital stablecoin of their own called JPM Coin that’s tied to the value of the U.S. dollar. However, its use is currently restricted to their private blockchain and business clients, so the general public may never be able to use it after all.

Although there are a few banks that are “crypto-friendly” and let you easily purchase coins/tokens with their debit cards and/or bank accounts such as PNC, Chime, Ally, Vast, and USAA, and there are others that offer Bitcoin derivatives trading and/or ETFs (exchange-traded funds) like Goldman Sachs, we’re still likely years away from the days where you can walk into your local bank and have the teller scan your Bitcoin wallet’s QR code to make a deposit into your account.

In fact, some banks have explicitly banned or limited cryptocurrency purchases including Bank of America, Chase, Citigroup, and Discover, though that isn’t to say you’re completely barred from purchasing crypto as a customer of these banks. You can still link your savings or checking account with a centralized exchange or a third-party service to buy your cryptocurrencies of choice.

While we’re still very much in the beginning stages of mass adoption when it comes to cryptocurrency, its number of holders is growing, and its influence is spreading slowly but surely. It’s an industry that can no longer be ignored by the big banks and Wall Street executives, and only time will tell how this gradual rollout affects the banking industry and the world economy as a whole.

Thanks very much for reading! If you enjoyed this post, please follow my Twitter and consider donating to my multichain wallet: 0x22751d31E7313a61dB0c323DAC46413A72B86a48
Anything is greatly appreciated! :)
- 0xbeetee

The views and opinions expressed on this blog are solely those of myself, the author. The content provided on this blog is for informational purposes only and should not be construed as investment, financial, or other advice.

Here you'll find articles and opinions of mine from around the cryptocurrency/NFT/Web3 space.