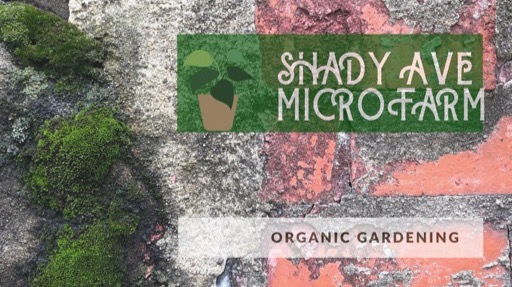 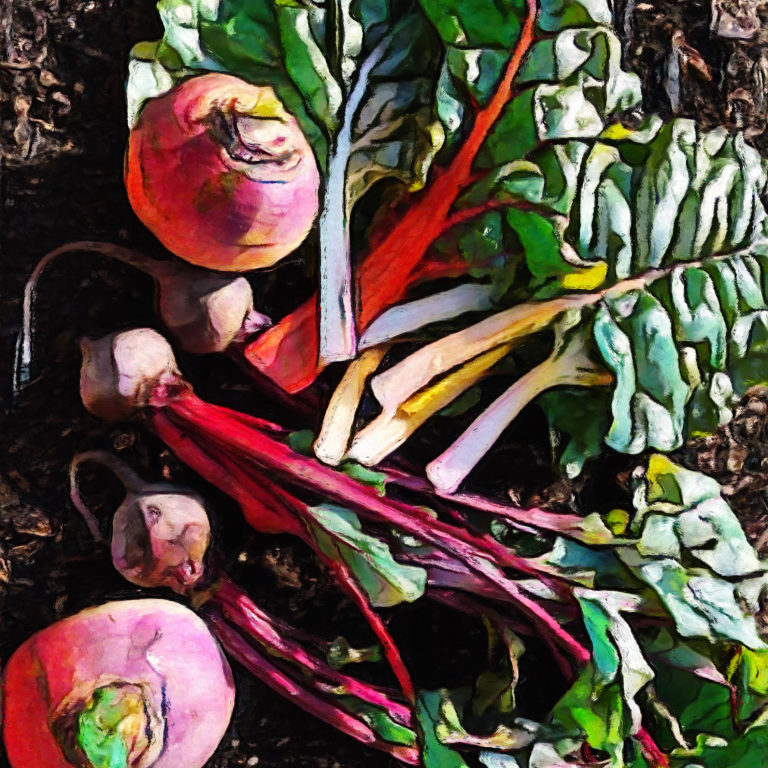 On Root Vegetables - On Beets & 'Bagas

Root vegetables have gone from being staple crops that kept us from starving during the cold winter months in generations past to the hip new star in side dishes and main dishes in this new “vegetable forward” fad that’s all the rage these days. The term “root vegetables” can pretty much be applied to any vegetable that has edible parts that are grown underground (and it is, at least in the culinary world.) From sweet potatoes and yams, to beets and parsnips, ranging from rutabagas and the exotic Kholrabi to the common carrot and the medicinal ginger – and some even include garlic in the list!

While this family of vegetables is quite large, they all share some of the same qualities. Root vegetables are basically “storage organs” that are low in calories but high in vitamins, minerals and antioxidants and in nature are used by the plant store energy for when the temperatures drop and nutrients become less plentiful for the plant. We, as humans, also use them as a kind of “storage organ” as root vegetables keep for a long time under the right conditions. In times past root vegetable were stored in a “root cellar” (or, as the British say, “earth cellar”) which is an underground (or at least partially underground) storage facility where they were used as a valuable source of carbohydrates during winter.  While root vegetables are generally high in carbohydrates they are also a low-glycemic food in comparison to grains and rices. 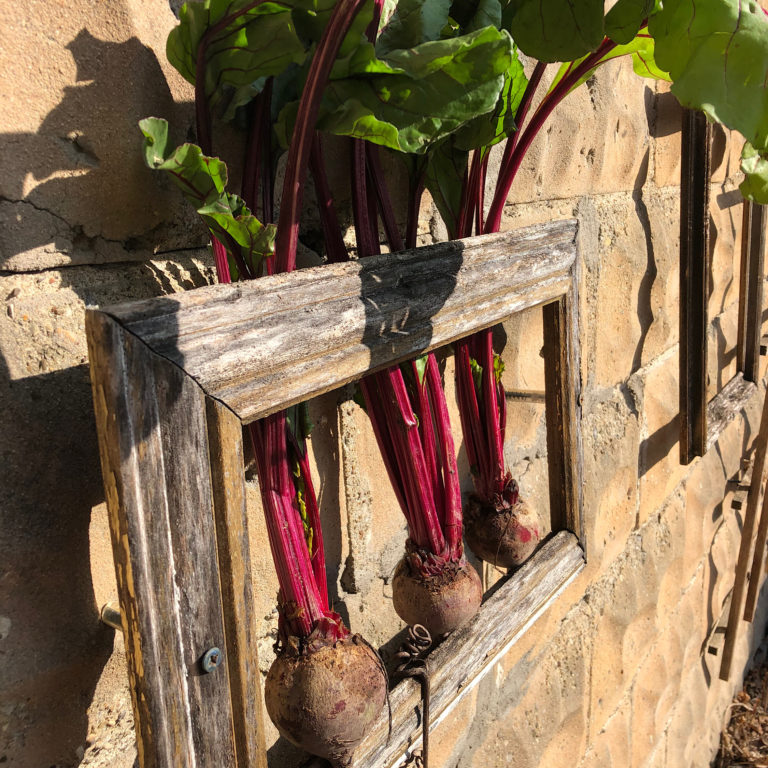 The humble beet (or beetroot if you are a limey) have been around since ancient times where they were mostly cultivated for their leaves in the Middle East and they were also grown by the Greeks and Romans for their numerous health benefits. In the Middle Ages they were used to treat various maladies of the body relating to digestion and blood-related diseases. They were really on to something as modern research has shown that the dietary nitrates contained in beets are converted into Nitric Oxide (NO2) which is a molecule that dilates blood vessels causing blood pressure levels to drop. Nitric Oxide (not to be confused with Nitrous Oxide which you may have sucked out of a ballon at a basement party in the 90’s) also may improve brain function as nitric oxide has been shown to be an important messenger in the body and particularly in the central nervous system. Nitric Oxide is also a darling of the sports supplement world, as the reasoning is that the increased blood flow to the muscles transports the nutrients in a faster and more efficient manner to the muscles. This process is called Vasodilation – the dilation of blood vessels, which decreases blood pressure. Vasodilation from the nitrates being turned into Nitric Oxide can also have a positive effect on men’s and women’s sexual health as it leads to vascocongestion in erectile tissues.

The beet is also one of the most nutritious root crops you can eat. It is low in calories, high in fiber, and contains a bit of most of the vitamins and minerals that you need on a daily basis. Vitamins A, C, B6, Folate, Magnesium, Potassium, Manganese, Phosphorus, Copper and Iron are all present in beetroot. Beets also contain Betalains which are pigments that have powerful anti-inflammatory properties. Studies have been conducted and have shown impressive results reducing the growth and cell division of cancer cells in both rats and human cells using beetroot extract. Beets are also very high in fiber which is important part of our diet. 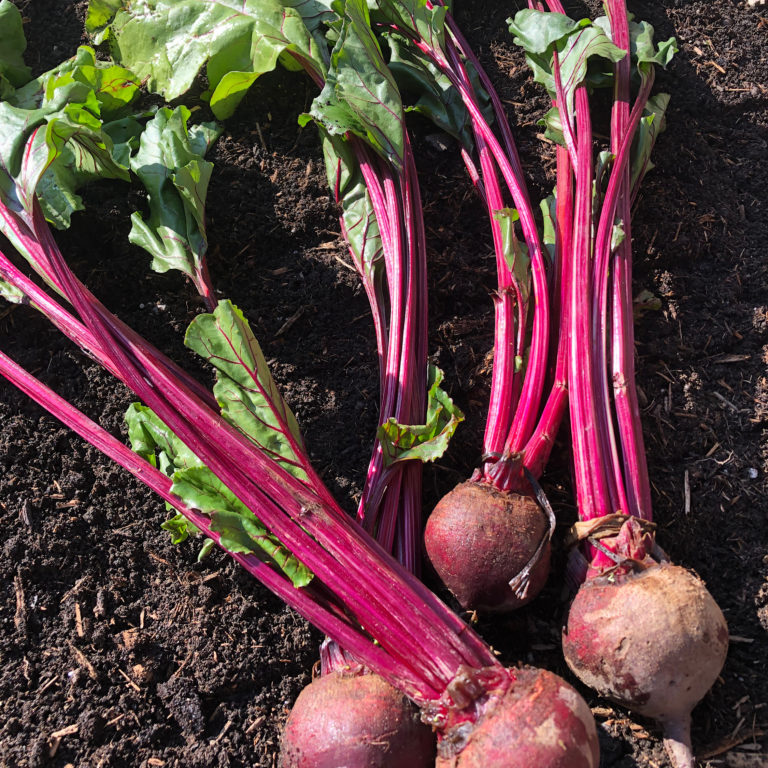 Grow Your Own Beets From Seeds

Beets are one of the best root vegetable crops to grow for yourself as they are not only high in nutritional benefits but are also a relatively pest-free crop. They are kind of a “dual” crop as you can eat both the taproot as well as the leaves. The seeds are actually clusters of three or four seeds fused together, so you must thin your crops to the desired density once the green shoots emerge from the ground. Beets are pretty tolerant of the cold, so they can be planted several weeks before your last frost date in the spring. If you want to be sure that they germinate (by keeping the ground moist) then cover them during this period and remove the cover once the seeds have germinated and the plant develops green shoots. Once the beets have grown about 4-5″ be sure to thin them out to 3-4″ apart by pinching off the shoots you don’t want to grow so as not to disturb the tiny roots of the beets you want to grow. Weed carefully and be sure to lay down mulch as beets are fairly water intensive.

There are four main cultivar groups to Beta vulgaris.

Sugar Beets – These are primarily used to make table sugar. Sugar Beet juice contains a very high amount of sucrose and is second only to sugar cane in its content. This type of beet is mostly commercially grown for sugar production. These beets typically have white flesh and are much sweeter due to the high sucrose content.

Beetroot – Your regular garden variety beet that is grown for its root as well as its leaves. If you are looking for a deep red beet with delectable dark-green tops then Bull’s Blood is an excellent variety that was selected for its dark leaves from the French variety Crapaudine and has excellent heat resistance. If you are looking for an early variety that has a rich, dark red interior flesh and is good for both canning and freezing, then the Detroit Dark Red is an excellent choice. If you are looking to grow a variety that is unique then Chioggia beets (also called Bassano) from Chioggia, Italy have concentric pink and white circles underneath the red skin and can be used to make beautiful pickles. If you are the type that loves the taste of beets but really hates the red stains on your countertops then the Detroit Golden is a great choice. It is a variety from the 70’s that sports a deep golden skin with smooth, sweet yellow flesh that is delicious eaten raw.

Chard or Spinach Beet – Swiss chard is a type of beet that is grown for its foliage. Some people erroneously believe this to be a type of spinach, but it is in fact, a type of beet. Rainbow Swiss chard is an amazing variety with stalks that grow in a range of colors from pink to purple to yellow and orange and taste amazing roasted in the oven with their leaves.

Mangelwurzel – A beet variety that was developed in the 18th century as a fodder crop for livestock. It is thought to be a cross between a white beet and a red beet. First cultivated in Germany. Red Mammoth Mangel is a popular variety that can grow up to twenty pounds! Both the leaves and root can be eaten as long as they are harvested young.

When To Plant Beets

Summer Harvest – Start your first planting in early Spring. Here in Zone 6 (southwestern Pennsylvania) that would be mid to late April which is several weeks until the final Spring frost. Be sure to do successive plantings every 2-3 weeks to insure a long harvest into the Fall. Beets typically take around two months from seed to finished crop.

Fall Harvest – You can continue to sow beets through mid Summer into Fall but be sure to make the last one roughly 4-6 weeks before your first Fall frost.

Winter Harvest – Beets do not “overwinter” well in cold climates. Be sure to harvest your beets before the first hard frost sets in. Beets will last roughly a week in the refrigerator and can also be stored in a root cellar. I think the best way to preserve your beet harvest is to pickle them! 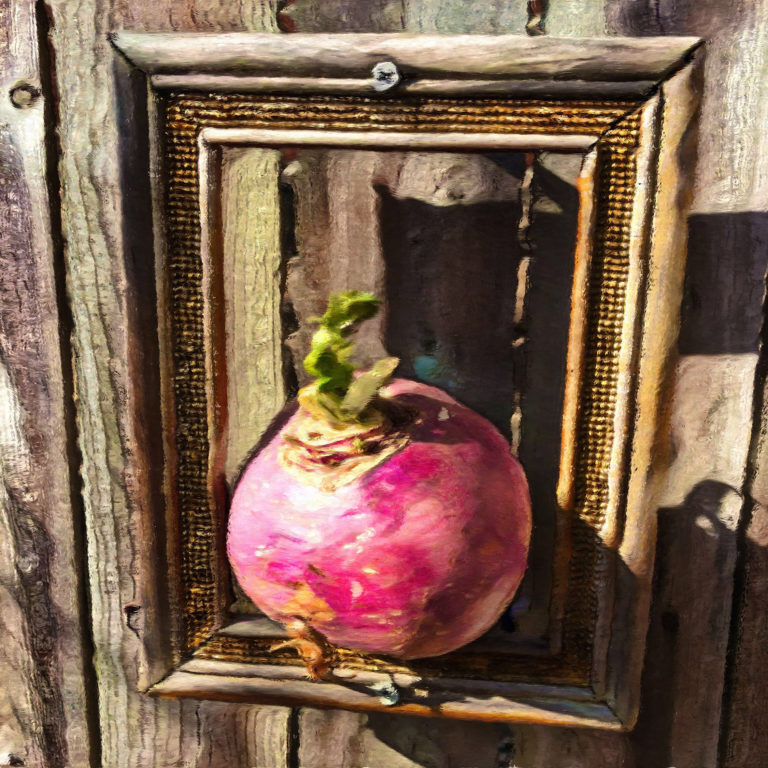 Also known as the “Swedish turnip,” the rutabaga is a root vegetable form of Brassica napus that originated as a hybrid between the cabbage and turnip. In Scotland, Ireland and parts of England there was a tradition of carving the roots into jack o’ lanterns instead of using pumpkins. Rutabagas are nutritious and low in calories as well as being a good source of Potassium, Calcium, Magnesium and vitamins E and C; they are also a source of Folate and provide small amounts of Phosphorus and Selenium. They are very high in Potassium which is important for nerve signaling and muscle contraction. Potassium works with Sodium in your body to help regulate fluid balance so this is a great choice for athletes. Rutabagas are also rich in Glucosinolates, which are compounds with antioxidant properties as well as antimicrobial activity. Recent epidemiological studies have shown strong evidence that increasing your intake of Glucosinolates can reduce the risk of chronic diseases such as cancer. 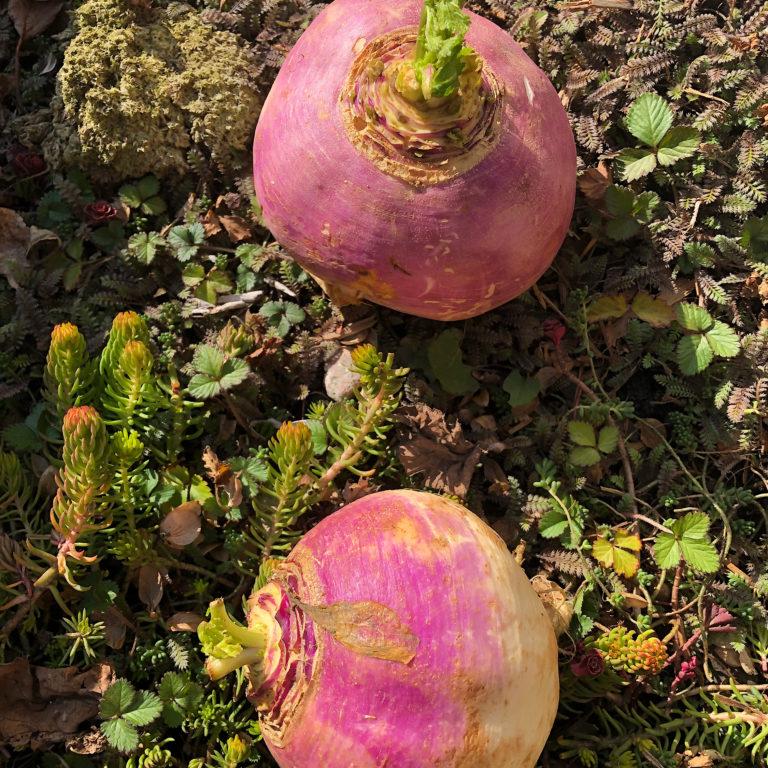 Grow Your Own Rutabaga (Swedish turnip)

Rutabagas can be direct seeded into your garden after your last Spring frost or can be stared indoors several weeks before that. They prefer full sun so be sure to plant in an area that gets lots of sunlight.  They take longer to grow to full size than their cousin, the turnip. Rutabagas grow to full size in ten to twelve weeks which is twice as long as turnips and as much as a month longer than beets. Their leaves are similar to Kale and can be cooked the same way. Plant the seeds roughly two inches apart and 1/2″ deep. Be sure that the rows are 14-18″ apart. This root crop is known to suffer from a boron deficiency. To combat this, simply sprinkle some household borax on the soil or mix it with water then douse the plant once while it is young. These planting instructions were taken from The Farmer’s Almanac.

When it comes to varieties there isn’t a whole lot to choose from. The American Purple Top is the variety I think that is most abundant and popular and has a vivid purple top that is a deeper shade than most other varieties. Laurentian Rutabaga  grows to a uniform size with sweet yellow flesh and is also a popular variety.

Summer Harvest – Plant your started seeds right after the final Spring frost or direct seed then into the ground at that time. Keep in mind that Rutabagas take up to three months to fully mature!

Fall/Winter Harvest – Plant heavily during midsummer for huge fall harvest (but be sure to make last planting roughly 10-12 weeks before first Fall frost date. They are best left in the ground until chilled but not frozen. Be sure to pick them after the first or second light frost but before the ground freezes.

*This article was originally published on my blog https://shadyavemicrofarm.com/on-deeper-roots-ii/