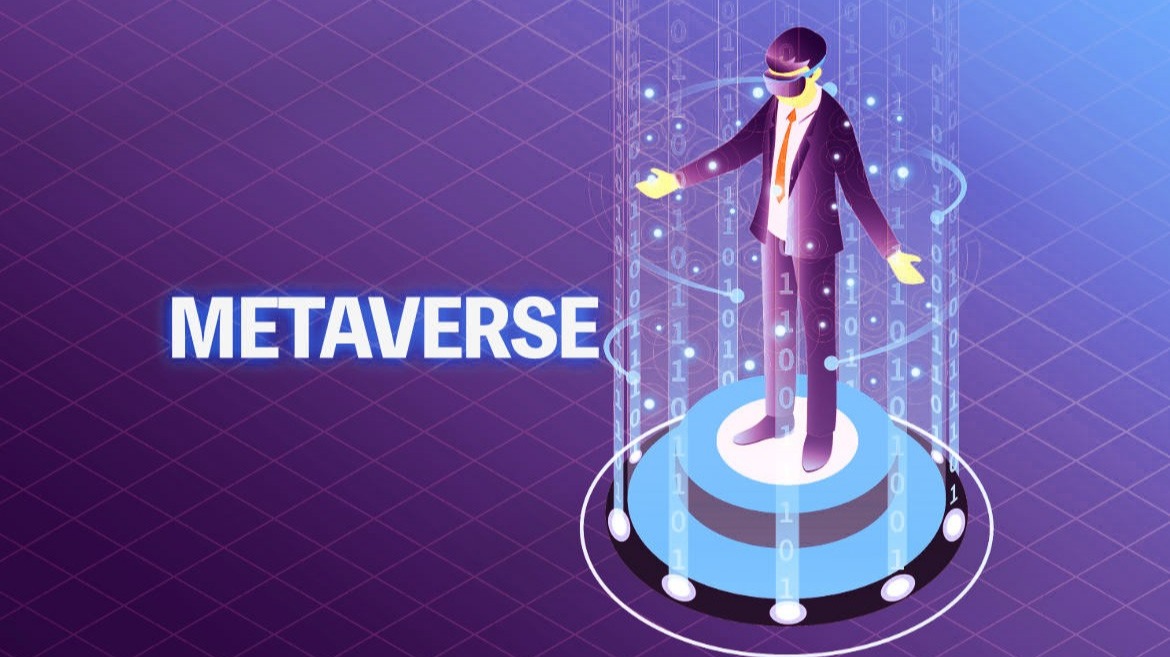 Source
You think the metaverse is like a ‘new world’? you might not be wrong anyways. You’d wonder why Elon Musk isn’t exploring the space like he does with Mars and these other planets…just like you, I wonder too. The rocket man spends a lot of resources surfing the next destination for humans but seem to ignore the closest planet to earth – the Metaverse.

Coined by Neal Stephenson in his 1992 novel, “Snow Crash,” and popularized by cryptocurrency and blockchain projects; the metaverse is an attempt to (re)create a world outside our world that exists in our world. That must have been tough to read. Well, it’s probably the most straight forward description of what the metaverse really is.

Using a combination of virtual reality and decentralized digital art technologies, tech companies and startups are working to create a world where we exist in simulation and perform certain interactive activities. Only difference is, we are not doing this in ‘real’. Remember those games where you’ll have to select an avatar that represents you? this is something similar but once again it’s not just a game.

In the metaverse, you exist in form of your avatar; probably an NFT , operate in a virtual world and interact with other avatars controlled by real humans. You’ll be able to attend (virtual) meetings, games, probably concerts and as well make purchases on the metaverse. If you own a land, you can as well build. It is a collaborative effort to create a world outside ours and hopefully reduce real human-to-human interaction…now I added that myself.

With pollution and corruption taking over our world, I guess it’s time to try and exist somewhere else. Somewhere not too far. If you haven’t bought a land in decentraland, then you are missing out on the biggest real estate opportunity. Jeff Greene needs to do something real quick.

Anyways, who even cares? You’re probably more concerned about the next metaverse-themed project to do a 100x than you are concerned about what the metaverse really is. I wouldn’t blame you! To be fair, with so much abstraction surrounding the concept at this point, only the hype can be utilized. When it comes to utilizing hypes, the crypto space leads. Projects with ‘meta’ tags and little or no tangible products have been recording multiple gains since the concept took it’s first leap in the last quarter of 2021.

From the crypto point of view, it looks like just another bubble that will soon settle down; but outside this space, it is a more serious topic for big tech companies who are throwing weights around the concept as the struggle for who delivers best for this sector continues to toughen.

Facebook has re-branded to Meta in an attempt to reflect its latest and biggest diversification. Just like its social media platforms, Meta will leverage virtual reality and NFT technologies to bring people together; this time in a different and rather bizarre way. Sequel to this re-brand and even before it, they have invested so much resources in what they believe will be the next big thing in human existence. Well, they are not alone in this belief…

Microsoft recently acquired American video game company; Activision Blizzard for over 68 billion dollars, citing plans to dive into the metaverse concept. The new acquisition with form a vital part of the company’s efforts to diversify into the ravaging concept. Over the years, other tech giants including Sony, Apple and search engine platform; Google have continued to work on technologies related to the new (virtual) world.

Outside your ‘pump and dump’ metaverse cryptocurrency world exists a real effort to transform the world once again using technology. But is it really worth the effort?

Is Metaverse the end game?

In a time where the need to avoid group activities is being stressed, an avenue to interact in an alternative form as real as possible comes in handy. Working form home has never seemed more professional. The pandemic has steered our attention into an odd way of living – alone. Confined, separated, existing in privacy; these odd ways of life are becoming the new norm. If we learnt anything from the pandemic, it is that humans can survive without being in direct contact, probably. At the peak of the pandemic, other forms of human communication saw a steep rise in use. Social media platforms and video call services dominated other means of human communication as people were forced to work and communicate from home. Social media platform – Clubhouse grew from obscurity to full blown popularity and multi-million dollar investments from big tech companies. Metaverse technology would have come handy in situations like this.

This probably intensified the effort to develop this technology as humans are actually adapting to this way of life. For probably the first time in human history, ‘staying away’ from public activities is medically justified, generally. Companies whose staff comfortably worked from home are exploring this option as an alternative to reporting to the office and working in a group.

Maybe there’s no need for offices? Well, funny, but some people and firms are really considering going completely virtual. If they are completely or even partly successful in doing this, then a Meta world might be looming…the end game.

When the lockdown rules in most countries were reduced and proper social life began to return to normal, there was a resulting sharp decline in the rate at which most social platforms were used. Clubhouse despite generating millions of dollars for development once again went into relative obscurity. While clubhouse didn’t fail at its technology, the nosedive in frequency of use was purely due to humans returning to normal life. This event hints on the superiority of the original way of life. People quickly dumped their pandemic-influenced lifestyle.

The metaverse could suffer a similar fate and even with impressive technology, it might only form a minor part of human communication instead of the level of influence we are currently expecting. This however is a speculative opinion.

What do you think about the Metaverse?