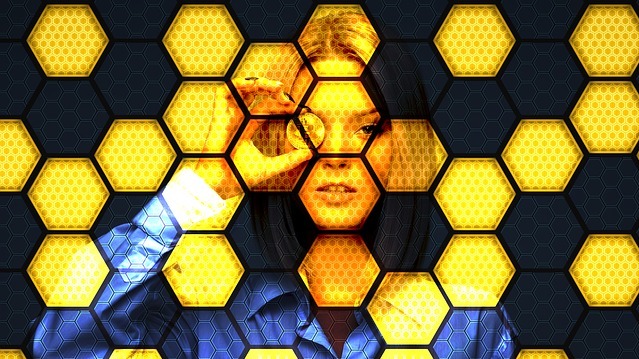 How blockchain is changing the social media. The market looks healthy, cryptocurrency is now a concept worth over a trillion dollars. You must be counting your gains…well, probably. Lost in the awe, we’ve been swept off our feet by the current state of things in the crypto space. Boom or not, the money talk constitute majority of discussions about cryptocurrency and blockchain, an unsurprising fact. Except if you are ‘here for the technology’…lol

Just like social media, cryptocurrency and blockchain technology have created another caste. Characterized by savvy individuals ready to embrace change. Powered by zeal, this caste has influenced the society more than political movements, or just as much.

Blockchain technology and cryptocurrency also revealed to this caste what could be achieved when a crowd gets ambitious. This ambition was more evident on the financial aspect and just as bitcoin’s whitepaper states, a ‘currency controlled by the people with equal authority’—Decentralization. Powered by knowledge and information, this caste has worked towards extending this concept to many other aspects of life.

Decentralized finance, decentralized Artificial Intelligence, decentralized health care…you can easily name a couple more. The concept of decentralization of certain societal discuss birthed by blockchain technology has spread like wild fire. The crypto space and the world outside it marvel at most of these solutions built on the blockchain.

However, one of these solutions has been relatively ‘underappreciated’ – DECENTRALIZED SOCIAL MEDIA. Social media as we know it is completely centralized (currently). A central authority regulates and determines what gets posted. What ever fails to gladden this centralized authority will probably not make it the crowd. Social media albeit a clever invention has been riddled by regulatory dilemma and for a world getting more diverse, what should be regulated and what should not, is a debatable issue.

In a properly decentralized and democratic world, freedom of speech is a given and everyone has equal rights to contributions. Many would argue that certain contents and speech are toxic to the greater society, but while this is true; this regulation should be decentralized and a consented by the greater majority.

Decentralizing this authority is a topic popular social media firms wouldn’t take a look at. But social media solutions built on decentralized networks have formed a huge influence and shone light on what the future might look like for human interaction on the internet.

You probably used a couple of interactive platforms built on the blockchain. Despite being in its earliest stage, these strike a balance between personal data management and user authorities. Popularly powered by communities, these platform prototypes decentralized communalism and how perfect human interaction might be if they are guided by community rules and every decision made by the general community instead of a very few designated members.

While it’s not quite sure how frank these communities are, current events show a better use of authority, but there is no ‘perfect system’. Being in a platform where you are confident of not being ‘easily’ censored builds users’ confidence. You’d probably enjoy way lesser audience on these platforms, but the increased security is unarguable. Blockchain technology provides an alternative to centralized social media in decentralized censorship-resistant social media platforms; but every solution has its problem and there’s hardly a perfect system.

Most of these platforms present flexible incentivization schemes. A feature which forms the bulk of the attention it currently receives. A tokenized economy would delight a cryptocurrency enthusiast. A token backed by community engagement and issued by the community. While this might be surplus to the vital needs, it still presents a (better) way to reward users on social media platforms. Like a ‘get paid for drinking coffee’ promo, these platforms reward you for your involvement…well, just like many other centralized platforms. But the little difference in this reward scheme adds to their uniqueness. Blockchain is touching every aspect of our lives, while it is uncertain where cryptocurrency ends up, blockchain technology is certainly a concept which will surely penetrate the most important aspects of human life, it takes a bite into the future while sipping from the present. Regardless of which way decentralized platforms goes, its solution to censorship is something centralized platforms should consider adopting…probably.