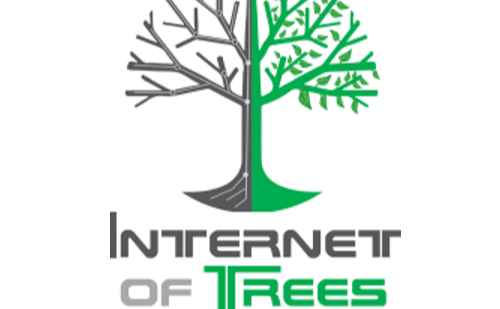 In this post I’d like to start discussion of the systems which could help us to prevent such destructive events like you can see in the video below.

According to CTIF Center of Fire Statistics report on World Fire Statistics № 24 (2019) (which can be downloaded at https://www.ctif.org/world-fire-statistics (CTIF_Report24_ERG.pdf file)) fires represent serious problem for humanity.

The number of human deaths over a period of 1993-2017 averages to over 42,000 per year (based on the data obtained from 27-57 countries, which collectively represents 0.9-3.8 billion inhabitants of the Earth).
And the number of fires over that period of time averages to over 3,7 millions per year [5].
I don’t want even imagine, how much animals were killed in all those fires. 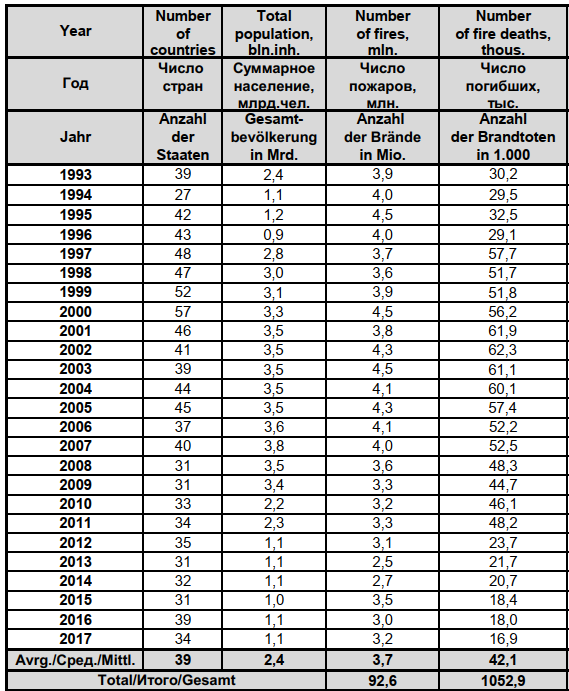 The table below shows the number of fire deaths, fire injuries, fires themselves and other parameters by country based on statistics data of 2017. 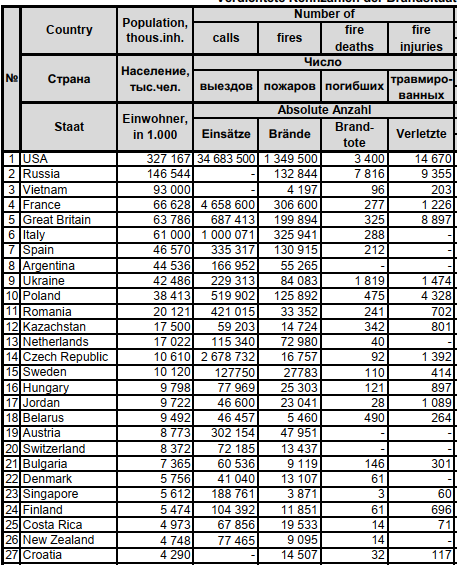 Around 340 million hectares of forest suffer from a fire every year. That’s more than 10 percent of the world’s forests. If they are not controlled, they can spread twice as fast as a walking pedestrian.
source

If you wonder what the deadliest fires in history are, then here’s some data from Wiki.

And below you can see the image of Camp Fire

the deadliest and most destructive wildfire in California history
source 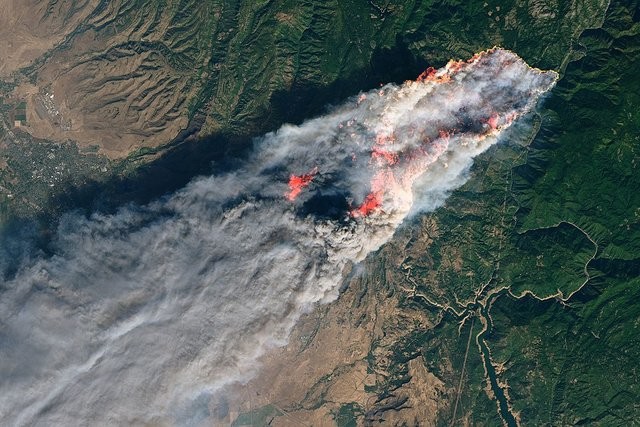 A fire starting after 10 o’clock at night, under 50-plus mph winds, under absolutely dry, dry fuel beds, every one of those fires had a fighting chance to get going long before our firefighters could even be able to get there. So they all grew into major fires very quickly.” — CAL Fire Chief, Ken Pimlott.
source

So, the problem is that people find out about fires too late.

That’s where Internet of Trees comes in. The idea is to allow people be proactive rather than reactive when it comes to fires.
Before discussing their early-warning solution I’d like to talk a little about IoT (Internet of Things).
For the uninitiated, Internet of things (IoT) refers to the connection of devices via Internet (Wi-Fi) which can exchange data between each other and people (who can control them).

For example, there’re smart refrigerators which can notify you about the state of the food and communicate with your smart dishwasher or microwave (For more information ->https://en.wikipedia.org/wiki/Smart_home_technology).

Heck, there’re even systems which allow you to be notified (via SMS) when your flower needs some water or monitor the state of the soil in your greenhouse.

And we have Environmental Sensor Networks (ESNs). This is kind of IoT-applications for environmental needs.
They provide us sort of ‘virtual’ connection with the environment via a system of sensors which collect the data needed.
Ultimately they send the data to a central server where they can be collected, processed and analyzed by people [1].

“Internet of Trees” is not only the name of the startup, but is also the name of the system of special sensors/modules (called Fire Rangers) which can help you to monitor in real-time (data is processed within milliseconds) temperature variations, smoke air humidity and detect fires.
The latter happens when Internet of Trees modules find unusual patterns of the microclimate in the forests.
Batteries of those modules can last out up to 3-5 years.

Roughly, one module is needed per every hectare monitored.
source

The data is transmitted to the server which processes the data and sends notifications (via SMS or email) to firefighters, rescue teams, rangers, managers etc. 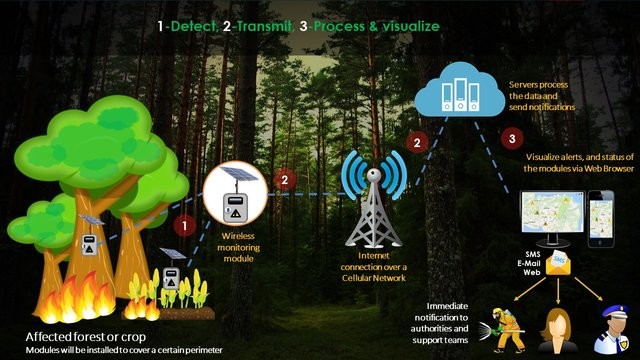 Internet of Trees provides a web-interface to monitor the status of all Fire Rangers [4]. 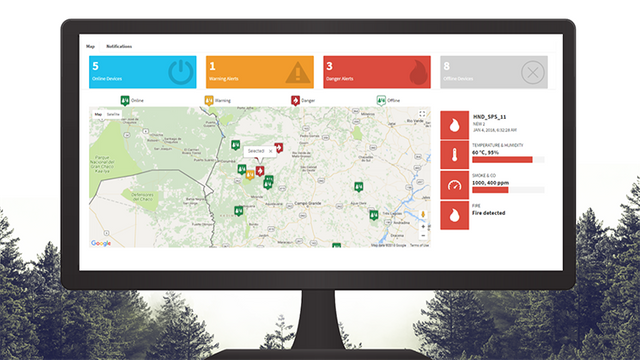 The data (about air quality and CO2 levels) provided by Internet of Trees also allow forest owners to manage their forest better.

provides long-range communication up to 10–40 km in rural zones and 1–5 km in urban zones. In addition, it is highly energy efficient (i.e. 10+ years of battery lifetime) and inexpensive, with the cost of a radio chipset being less than 2€ and an operating cost of 1€ per device per year.
... In summary, LPWAN is highly suitable for IoT applications that only need to transmit tiny amounts of data in long range
source

The idea of Internet of Trees was inspired by a dangerous event happened in the life of its CEO (Goering Coffey) who almost lost his house because of forest fire. Being an engineer, he brought together a team of 5 professionals in the area of project management, software development, and telecommunication [3].

This posts was published today on Steemit by me 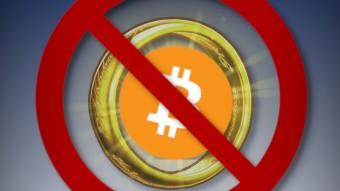 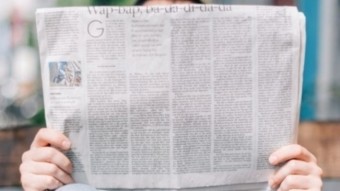