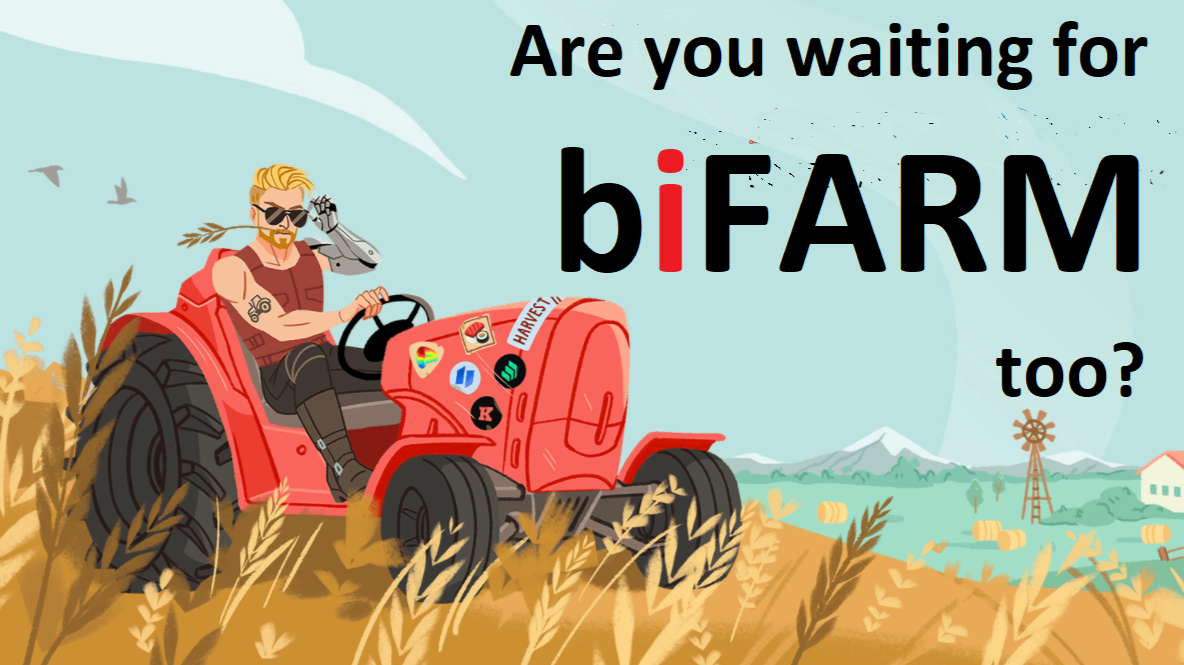 I am not sure if I had a good or a bad luck, but when I was entering the defi world last year the ethereum price was around 400 USD and the network fees were already high enough to make any attempts in ethereum defi useless for my investment budget. I remember I made some good trades with rising ETH defi tokens like YFI, MKR, CRV on Binance exchange but that was it. No defi at all. On the contrary the Binance Smart Chain (BSC) seemed to be the next big thing in defi with the BNB price just around 30 USD. So I hopped on the train...

Many things have changed since then. Both ETH and BNB have reached new all time highs, ETH at 2544 USD (636% price surge) and BNB at 610 USD (2033% price surge) ETH has become completely useless for retail investors and it has turned into a whale playground. BSC has become the space where the majority of the retail investors has moved in for the time being. Last but not least, I have learned a lot and I have definitely made some money in the world of defi since then ;-)

I have been reading many articles from the ETH purists denouncing the BSC defi world, stating that there are only either copycat or fraud projects available on BSC, complaining about the centralization of BSC going against the fundamental principles of crypto, liberty, democracy, free market and whatsoever, some of them putting geopolitics on the table and accusing  Binance CEO Changpeng Zhao (CZ) of being a puppet and a pure instrument in the hands of the communist Chinese government trying to gain the dominance over the world of crypto as well as over the World as a such. I have always found a lot of emotional engagement among the abovementioned ETH purists, however as we all know the emotions should go aside when talking about the business and the practical aspects should come forward. All of them are in favor of BSC in this duel.

In my experience BSC is a completely decentralized defi playground (I am not talking about Binance exchange ofcourse), with a plentitude of amazing opportunities as well as plenty of rugpulls, pump and dump scams and other kinds of fraud. Some compare it to wild west during the golden rush peak and I do completely agree. With some small exceptions from the notion of true decentralization. Imagine Vitalik Buterin announcing he is reducing the network fees by 50% or the intention to burn 40% of the total circulating Ethereum supply. Sometimes even the centralized control can provide some advantages for the users, at least when it comes to flexibility in decision making. And this is exactly what it is about, the advantages for the users, the above mentioned practical aspects that make BSC the current big thing.

According to the available network data, BSC is catching up very rapidly with ETH network when it comes to defi. The Total Value Locked (TVL) parameter is rising across all chains but seems to have much higher traction on BSC compared to ETH. The transactions and user numbers are already in favor of BSC since February 2021. Furthermore the BSC AMM Pancakeswap has just recently outperformed Uniswap on ETH in TVL and has become the largest AMM and DEX in crypto world, again not talking about the number of transactions or the number of users where it happened a while ago. It was just a question of time when the big names from ETH defi will notice the trends, and will follow the money. It started with 1Inch, continued with MDEX, ValueDefi, Alpha Homora etc., who started to appear on BSC one by one, and soon it is going to become a “compulsory figure” if I should borrow the skating terminology. 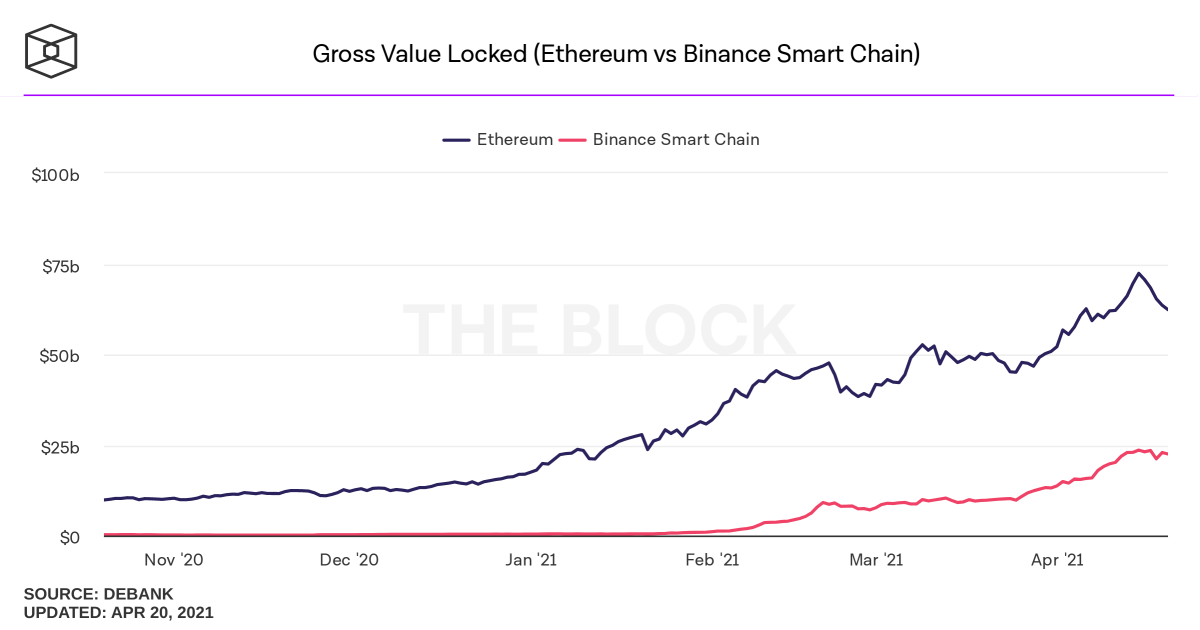 And here comes the time of Harvest Finance entering BSC. To be honest I have been following them for quite a time, I considered them one of the most promising projects in defi, particularly in the area of yield aggregators, second best to Andre Cronje's Yearn Finance. As always the second best has to be way better than the first one ;-) Furthermore, the FARM had much more growth potential for me than the YFI because of the “trust issue” that happened to Harvest Finance in October 2020 when its liquidity pool has been hacked, its users have lost over 24 m USD and the FARM price has dropped from ath at 5078 USD down to 101 USD and it still did not recuperate from the damage caused by “the trust issue”.

My interest in Harvest Finance has been renewed after Publish0x introduced FARM token as a reward for its authors and readers. I started to earn FARM dust hoping that one day I will be able to let it work and earn some more money for me. It happened in the meantime when Publish0x decided to replace FARM by yield bearing iFARM token. But that was still not enough for my insatiable desire for more FARM. The D day came on April 6th when Harvest Finance finally launched its BSC Farm and I was able to hop on the train once again.

When it comes to farming strategies, I have always preferred those with highest possible yields. I have kept some EGGs and Cakes as a part of my longer term investment strategy that I have been moving around different farms and vaults to earn maximum profit on them. Having seen the initial BSC farming opportunities I decided to stake my Cakes into Harvest Finance as the pool provided the highest APY on Cake at the time on BSC. Furthermore I have paired some of my EGGs with BNB (not all in order not to have all the EGGs in one basket, and there were new vaults announced on goose as well) on goosedefi and put them into the Harvest Finance pool with the highest APY of the whole Harvest Finance platform, and I am still enjoying the highest APY on the platform until now. I didn't invest in bdollar strategies as I am simply lacking trust or sufficient knowledge in the sphere of algorithmic stablecoins for now. My Cakes and EGG-BNB lps keep growing and my bFARM stack seems to be increasing nicely since then. In general you can already call me a happy farmer ;-)

Despite being the happy farmer and with the intention to move the community project forward, there are some things that I would like to remind the developers of the project about. First of all there is no dashboard for BSC working yet, what makes investing in BSC pools on Harvest Finance like putting money into muddy water. One can not see what is going on inside the pool and kind of a dashboard should be a basic standard on a yield aggregator platform like Harvest Finance. Secondly, despite the platform fee on profit has been reduced from 30% to 8% on BSC this is something that is not seen around on BSC, and it puts the Harvest Finance into competitive disadvantage when compared to other native big players like autofarm, beefy or bunny. Thirdly there is currently no use for bFARM token except of watching the stack growing (and I am absolutely rejecting the idea o bridging my bFARMS to ETH network and staking them there) and I am sure that I am not alone who would like to see some kind of biFARM token or yield bearing bFARM token with a nice staking pool on BSC as well. I simply hate lazy money that is not working to make more money. However I am absolutely sure that all of the above mentioned issues are already on the development task list and will be announced very soon ;-)

And here comes the cherry on the pie… If you don't want to wait for biFARM token, in a meantime you can stake your bFARM on ValueDeFi in the bFARM- BNB pair farm launched just on April 19th with a very juicy APR, that has decreased to less juicy APR of 304,5% in a meantime, but it is still worth a try. Your staked  bFARM- BNB lps will earn you vBSWAP tokens, which you can further put into vBSWAP vStake pool (270% APR) on the same platform to earn more bFARM to complete the circle. You will thank me later ;-)

Take care and watch your crypto !

Finding how difficult it is to earn money one starts to think about saving some as well.