BANANO, A DUMB NAME? THEN YOU FEEL DUMB SINCE YOU'VE BEEN HERE SINCE RAI BLOCKS (XRB)

Let's do something fun at the end of this review because BANANO is fun... especially the discord community.

A few weeks ago, not even I was browsing Reddit as usual and as a Social Media marketing person involved in Crypto Currencies I am always looking into different communities. Most of the time I think that's nice and don't share much input. It takes a lot more than active posters and discussions on a Discord to catch my attention, but this was truly special. I ended up reading first about the history of the BANANO project (BAN) and its bananocoin and how it forked from the well known DAG coin NANO currency, formerly "RaiBlocks" (XRB) if any of you were around back in early 2015. The DAG is said to be the direct competitor to the blockchain. It's because it has rules that allow it to work non-chronologically, faster, and thus be better for payments and all the while keeping sound accounting. Here's a quick look at a simple DAG structure, the Directed Acyclic Graph: 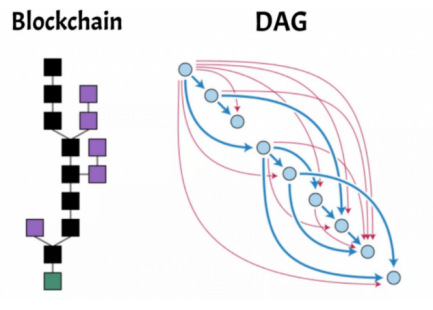 It's not too hard to see that blockchain is a more simple chronological formed chain whereaa DAGs have no way of cycling around end points but they do have properties of each 'block' having multiple possible parents, sometimes many. They also move quite quickly compared to traditional blockchains, but is this all advantageous? If you like fast payments, you would say so, but it has its pitfalls and that's why it hasn't overtaken blockchain yet.

One of the key differences between the DAG and blockchain is the way in which their data are organized. Instead of sequential addition of blocks to the chain, DAG uses its own “topological” ordering in which all its nodes point in the same direction without the possibility of a loop. DAG is best described as having an appearance of a tree or a flow chart, with its folders branching into subfolders which are further divided into smaller units. Source: Nano - Cryptonews.com

My personal opinion is a DAG circumvents Blockchain's weakness in going block-to-block and chronologically slowing down the velocity of money that DAGs speed up, even though the security blockchains provide are most necessary (Layer 1's had to blockchains, I think of DAG like transport rails, and Tokens as migration-assets of value that may very well end up on all layer 2's with written info in both L1 and transported via L2 and even improving DAGs as a result for their usefulness.

But we're not here to talk about NANO, if you really wanted to you could read the entire Banano Yellow Paper, but they've grown over the years and developed more than just technological advances, they've grown a community, distributed their coins in what they call "gamification" (for free) and the do their "mining" via what they call faucets - whether its a "faucet" to a bot on Reddit or a "faucet" that is using computational power to help the team at banano.cc in Stanford's Folding @ Home providing distributed computing power for medical research and other noble endeavors. The mining is that based on contributions the participants of Team BANANO get rewards in BAN, the community coin. The Yellow Paper describes some of these differences quite early on in how they've made themselves unique from NANO:

The entire "Yellow Paper" is actually more of an animated web page designed to look like a PDF, but it has both entertaining qualities to it and very informative specs as to how it actually works as a cryptocurrency. Of course they chose to go right after Bitcoin: 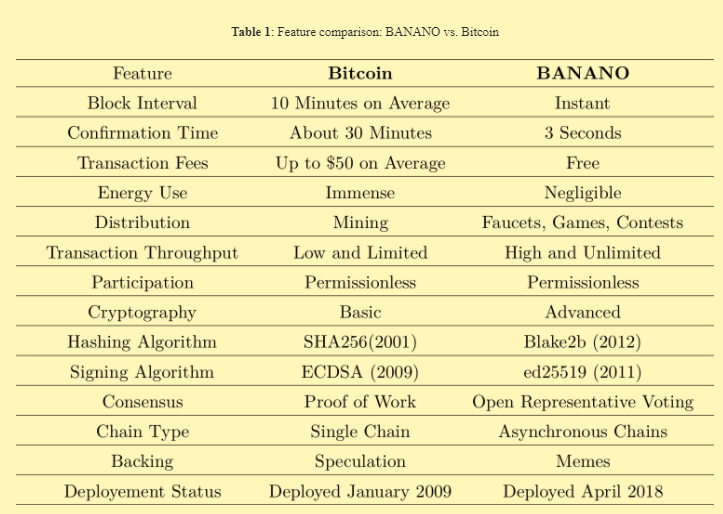 It's obviously faster at making payments. The free transaction fees are nice and the "mining" as I described previously come in what they call "faucets" and also games and contests. That's because its distribution belief is that many people should have Banano and hardware wars are not fitting to its goal to get the "normies" into their first cryptocurrencies - which the community and development hope to be Banano. To be honest not much else matters in the feature comparieson, its another effective typical DAG coin but with a community and distribution along with continued innovation from ongoing development that may make it surpass a lot of projects in usage if it continues to expand its reach. For that reason I chose to not only do [email protected] "mining" but I also played some Trivia in the Discord (getting 5th place just missing the 50 BAN reward for 3rd because my teacher never taught me 1+1 = benis)... Moving on, there's a lot of tipping going on in Discord in a channel called #the-jungle as well as a folding channel for help with "mining" from others doing Folding @ Home via BananoMiner.com.

Before starting Folding/BananoMiner you're going to need a wallet and the best imo is Kalium. It's a smart phone wallet but fast, simple, reliable, and even receives Discord tips withdrawn in less than 3 seconds. It's the fastest wallet I've ever received payment with. 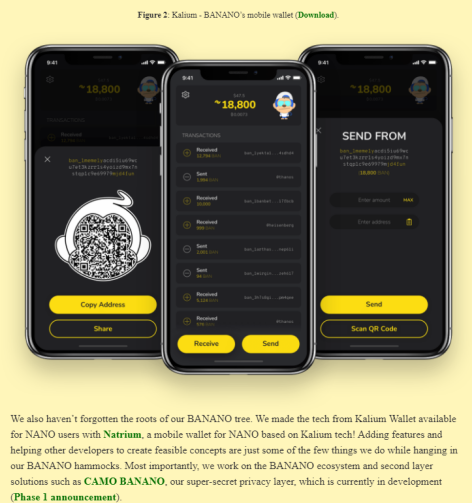 The humble brag by the BANANO devs is that they made the tech for Kalium Wallet and allowed NANO users with the Natrium mobile wallet use Kalium Tech by BANANO devs. It's usually the reverse of what you here but this is why I give BANANO a fighting chance. They haven't settled for being a fork or lame in the way they try to improve on other established projects. They keep innovating. Just to throw a little bragging in they show off some GIF on their "Yellow Paper" webpage to demonstrate how transactions take place in real time and figuratively.

The Kalium Wallet app for iOS is my go to. Scan on of these unique QR codes and your payments send that fast and arrive just as quickly: 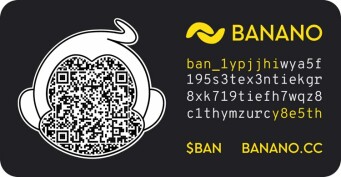 Summary, they really wanna drive home how much they love plantains 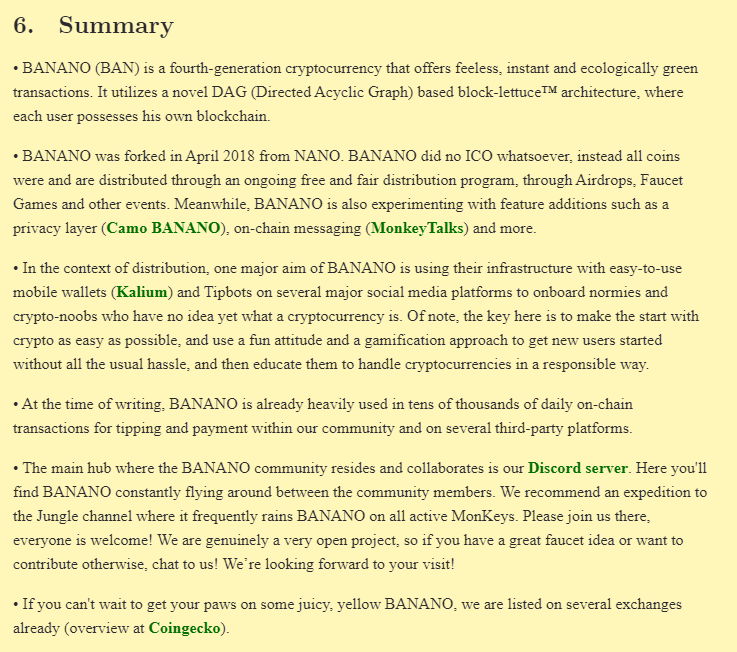 I like #Devcoin $DVC and Merge Mined coins. $SYS #SysCoin is awesome too. I suppose I like EVM sidechains, NFT, and ... mining the CoinyeCoin [testnet] XD