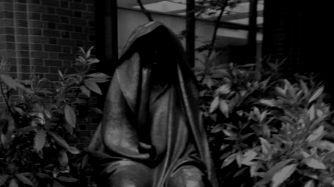 The Legend of Black Aggie

Call me morbid, but sometimes I like to unplug and take a stroll in local cemeteries. I find the environment perfect for clearing my mind: wide open spaces, a peaceful tranquility, and rarely anyone else around. Perhaps Stephen King best described it via Judd Crandall in Pet Sematary - "this ain't a scary place...it's a place of rest and speaking." For what it's worth, I've been fascinated by graveyards ever since I was a child. So naturally, today I decided to take an hour and "sleaze around" (ala Beetlejuice) Druid Ridge Cemetery.

The graveyard is home to many colossal classical statues and marvelous mausoleums. One could spend an entire afternoon and still not take in all the notable monuments. Any local knows that a trip to Druid Ridge is not complete without visiting the Agnus family gravesite, where a statue dubbed Black Aggie once resided. 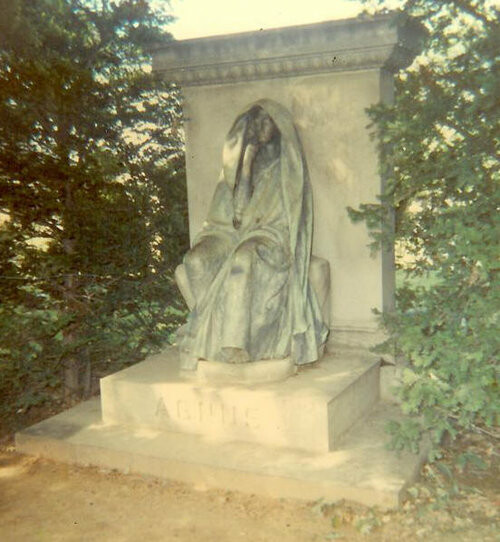 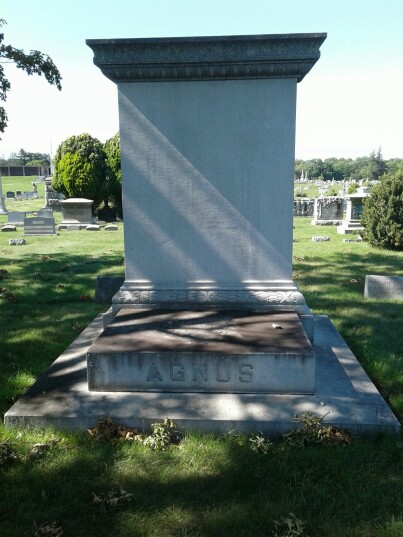 Left: the Agnus family memorial, as it appeared in 1966. Right: An eerily empty pedestal, June 2021.

But what's the story behind the statue? Well, to start, it's actually a copy of an Augustus Saint-Gaudens 1891 work. It depicts a grieving angel in a sitting position covered in a shroud. The bronze statue was created by Edward Pausch and subsequently acquired by General Felix Agnus for his family's memorial site at Druid Ridge. It installed in 1926. It's not quite clear when the urban legend began, but stories were rampant among teens in the late 50's and early 60's. If you grew up during that time in the Baltimore area, chances are you know of a Black Aggie story.

Some say that the statue's would begin to glow red at midnight. If your eyes meet hers, you will instantly go blind.

Some claimed that Aggie rose off her pedestal at sundown, and she walked around the cemetery protecting the buried.

Still others say that young pregnant women who sat in Aggie's lap would have a miscarriage.

It's well-known that parties were often held in the cemetery, particularly for college aged kids. It became a "right of passage" for fraternity pledges. One tale exists that will send chills down your spine. While the details would change depending on who was telling the story, it went something like this: two fraternity brothers took a hopeful pledge to the Agnus gravesite one night. They joked, drank beer, and were teasing the statue. The pledge was instructed to pose for a picture next to Aggie. When he came in close to her for the photo, the statue turned its head and stared into his soul. His two friends ran away, screaming for their lives. An overnight graveyard attendant heard the screams and rushed to the Agnus gravesite to find the pledge cold and lifeless. He had apparently died of fright.

What's definitely true is that the gravesite became a party-site for late night crowds and subject to vandalism. Eventually, in 1967, the statue was removed at the request of the family. It was gifted to the Smithsonian Institute, who vaulted the statue and never displayed it. Aggie changed hands a few more times between different museums before finding her "final resting place" in the courtyard of the Dolley Madison House in Washington, DC. 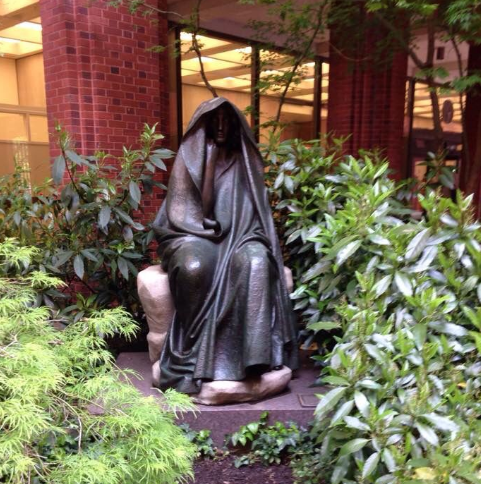 Black Aggie remains in the Dolley Madison House courtyard to this day. But beware if you try to visit her after the sun goes down: 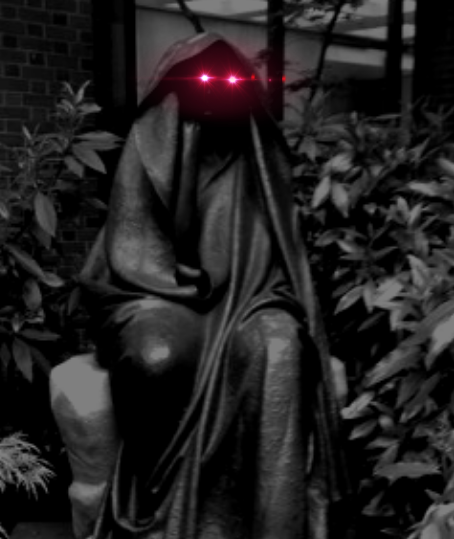 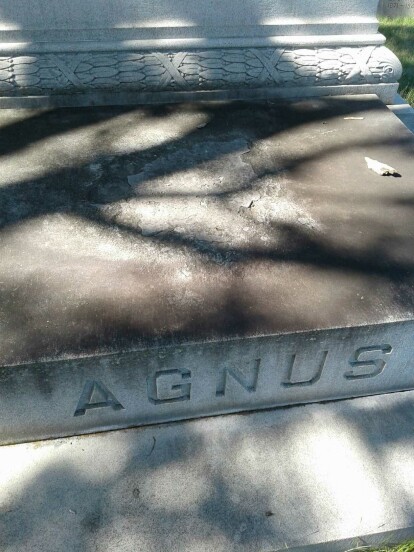 Click here to join Publish0x and earn crypto just for reading and writing!

Click here to try Coinbase; get $10 in Bitcoin when you buy or sell $100 or more in crypto! Full details are here.