This sounds incredible consider the privacy of the crypto industry functionality ,How can such thing be created ?A couple of days before Ied didn't work on my business or the task assign to me in the Company , I was runing out of money and then I paused everything with the intension to restart after resolving my financial situation. Meantime I was fetching people to join a airdrop campaign project with a higher renumeration so while doing this I faced many trouble with people they were not ready to join or was septic to join many didn't want to hear about this also.

I say at myself what a pain about this job I am bringing them good news but they don't want to receive it ? I remember having participated in an other bounty project that participants may have a reward of ,$25000 it was hard task for 7 months daily I had to launch my invitation through my social media: Vk,Facebook,linkedin,andTwitter,but believe me after the end of the campaign one year after no one joined I didn't understand that I said why didn't they join ?didn't they see the highest reward mentioned above,?or simply they don't believe in what they see ?

THE SOCIAL MEDIA BAD SIDE

In the internet most of the start-up companies use the same strategy to maintain themselves in the crypto arena,the more people that join the Company the higher the value of their coin, mass adoption is a crucial project in the crytp industry because behind are the secret of success ,consider that the start-up are not allowed to be listed when they didn't reached their quota requirement and most of settled Companies ask for payable vote to be listed, that is what French says : <L'argent appelle l'argent >meaning money calls money. In general the the social media need to be reviewed,advertising through social medias   is no more meeting people consideration and necessities or call it requirement.

This statement mets what  I intended to explain in my introduction, in my dream and tought I said why do Companies do not deal with the radio to expose and express  themselves to the public ? I than said yes I will be the first to do that, I said this is the thing that miss in the Crypto space. later on I said Oops, this can bring trouble to the Comany as that some countries fight against the so called illicite transactions... I also said this is dagerous because the crypto business Companies are decentralized entities ,the next day before returning to work, of course I work online , I tried to update myself checking each Company group through telegram that is when I saw what I intended to create the last night, : our Company has launched his first Radio that will broadcast about our projects in 40 differents languages worldwide I than said what a coincidence !

Really you can believe me or not , mighty things are been done around the Elven coin projects , In levelnaut ,projects and conception are totally parallele with what the Common people have been use to see. and as I can see the things ,more projects still in preparation and surprise await all of us. Imagine a Radio that talk about a specific coin, a specific project, is this not a good news, a wonder ?  < ELVEN LAND THE FORCE OF THE SUNERGY >

We strongly recommend you to follow this website in order, not to miss some very interesting and important information.

I am Mr Ikulu Abali from Democratic Republic of Congo Resident in Mozambique, I am a professional Artist Musician. I am married and have children i am actually living in Maputo. I like dealing with internet matter, because I believe in it.

The aim of creating this blog is to share internet resources with friends and readers. In this blog I will be posting articles related to crypto, blockchain, technology and many more. I am an honest guy ,anything I will be posting here is true in case it is a bounty project topic or any of this kind. I would like readers to take my post seriously because of the love I may show for resolving some financial issues with my proper experience or through the business I am doing or pass-through. Thank you. 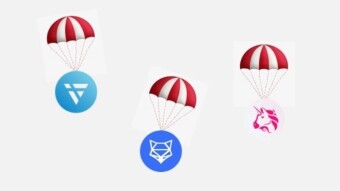 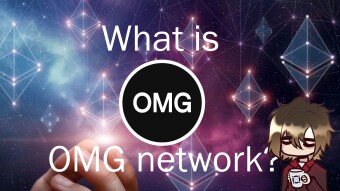