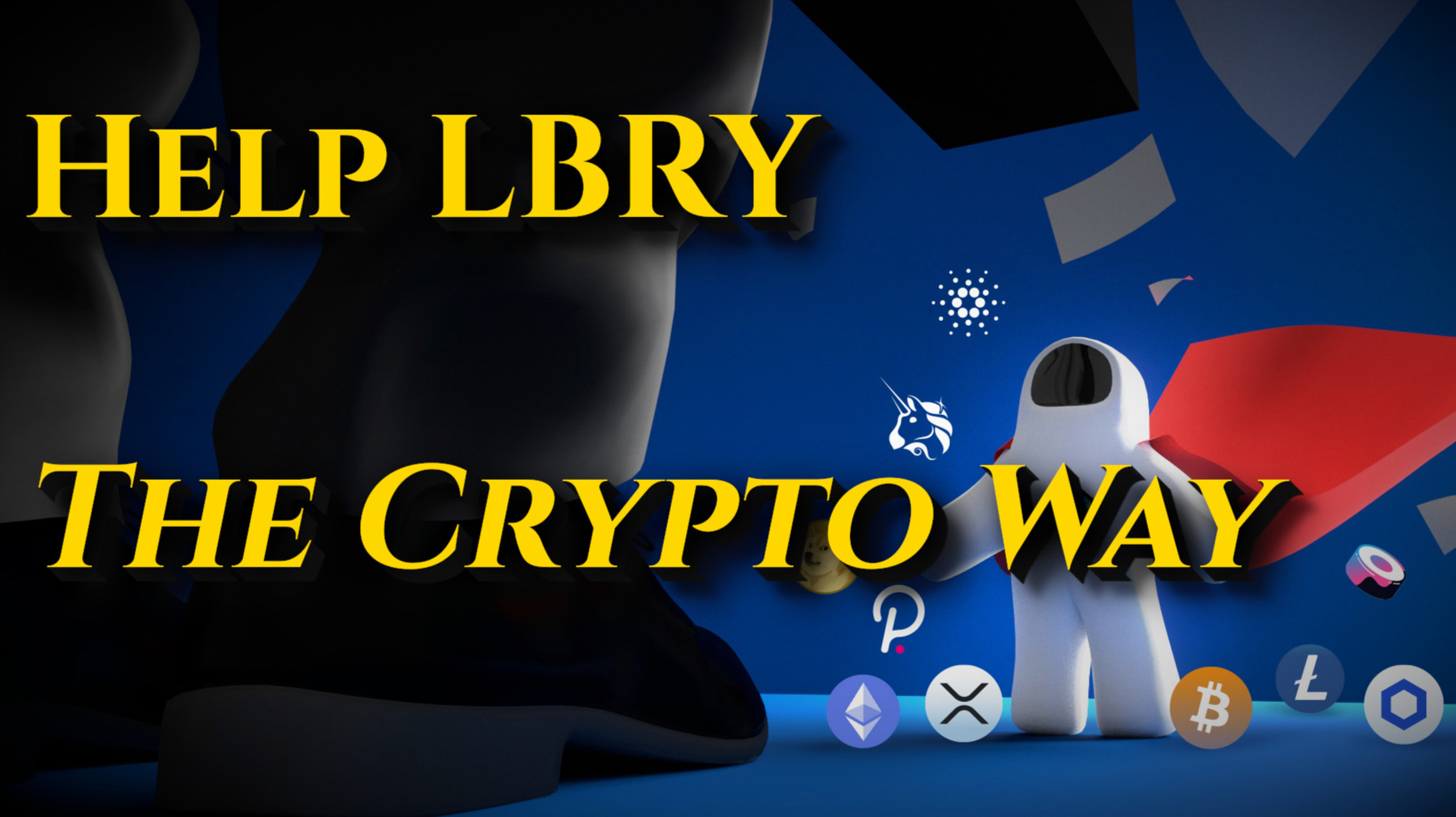 Odysseus, on his journey home to Ithaca, was visited by a ghost. The ghost tells him that once he reaches his home, once he slays all his enemies and sets his house in order, he must do one last thing before he can rest. The ghost tells him to pick up an oar and walk inland. And keep walking until somebody mistakes that oar for a shovel. For that would be the place that no man had ever been troubled by the sea. And that’s where he’d find peace.

Today the Socialist Extortion Criminals, also known as the SEC, are a threat to LBRY and crypto just like all the monsters in the classic epic were to Odysseus. But unlike in the story, the crypto world doesn’t have to start a long and arduous fight to get back home, for we have already been at home.

When Satoshi started his work on Bitcoin, he didn’t ask for permission, he never sought approval from regulators or registered a LLC. Had he followed this submissive path, do you think Bitcoin would be the success it is today. Do you think it would even exist?

Bernard von NotHaus, creator of the Liberty Dollar, tried to follow all the arbitrary paper scribbles invented by mobsters. Apologies, all the legislation thoughtfully elaborated by elected politicians. We can rest assured the raid made by mobster’s enforcers, apologies again, the raid made by law-enforcement and later criminal charges were nothing but just and fair.

Some will argue now things are different in the crypto space and we need the “legitimacy” of formal companies to attract large investments and grow fast. While large investments are welcomed, there is a massive miscalculation in this old way of thinking.

Bending the knee to a king or emperor seems like one of those antiquated rituals of the past, another stupidity defeated by democracy, but wasting time and money with lawyers to be approved by bureaucrats is just a more convoluted version of the old idiocy.

The excuses for the rituals may change: “for the good of the realm” becomes “for the good of the people”, “to have legal support” or “to prevent market manipulation”; regardless of the excuse, the real purpose behind them remains the same; to trick everyone into the old protection racket.

If you think coercive central planners are required for legitimacy and civilization, even after the gargantuan spread of tyranny under the guise of fighting a virus, look at what Bitcoin did. It brought progress and liberty founded on the recognition of private property and individual responsibility. Bypassing and pissing off those central crooks at the same time.

King, emperor, president or tiny bureaucrat, all rulers are naked.

For if tyranny really rests on mass consent, then the obvious means for its overthrow is simply mass withdrawal of that consent.

We know we should act and failure to do so will allow tyranny to grow while we shrink.

Following rules made by the parasitical class of politicians only fuels this centralized sclerotic dinosaur scam, which then levers it for more legalized theft through tax and inflation.

In the off chance LBRY manages to win against the SEC, win against a government tentacle in a government court, no less. It won’t help crypto in the long run. Yes, it could lead to a reduction of regulations and barriers to entry, but only if politicians are desperate enough to recognize they are about to kill an entire productive sector which could feed them for years. Leeches can’t survive on a dead host.

After some time regulation increases again, and the cycle repeats itself. What’s the point of acquiring a little more freedom for some time, only to loose it again later?

Winning in a government court opens another creeping issue.

Centralized companies, as they get bigger, love regulations. In fact they are the ones usually pushing for more. Zuckerberg asked for regulation in his sector just like railroads companies did in the 19th century. Oh, I’m sure they are always well meaning and would never use bullshit laws to sidestep the consequences of cutthroat competition.

Politicians getting involved in the Internet resulted in things like those insurmountable barriers to age restrict content in the form of a button “I am 18 or older” which work flawlessly to keep minors out, or things like cookie policies which magically fixed the problem of privacy invasion. I shudder to think what can happen if they infest the crypto space.

For developers still concerned about how to get investors just keep in mind those downsides, and change your frame of mind towards a creative endeavor with regards to funding just like the required creativity in searching for new tech solutions.

ICO’s, for instance, were an ingenious new way to grow a project, it just needs improvement instead of forced regulation.

Even the scams serve a purpose: feedback to the larger system. Small failures lead to adaptation if they are allowed to happen. This wonderful feedback loop is castrated by regulators, killing innovation at point blank. What new forms of funding can be invented if crypto goes back to its permissionless roots?

Besides, large funding becomes a lesser issue if there aren’t centralized companies working on these projects anymore. Just like in the Linux world, the bazaar structure is better than the cathedral for us.

The Linux world behaves in many respects like a free market or an ecology, a collection of selfish agents attempting to maximize utility which in the process produces a self-correcting spontaneous order more elaborate and efficient than any amount of central planning could have achieved.

How About LBRY Inc?

The formal centralized company already exists and the Leviathan is moving to destroy it.

It doesn’t look like any good result will come out of this fight, and there is not much it can be done at this point other than serving as a reminder for entering the regulated path, but I wish I’m wrong.

However, there is something individual users of LBRY can do. Even if it’s just a symbolic gesture, this gesture can grow to overwhelm the status quo.

Free flow of information is changing the world faster than ever before. The printing press terrified the church for its ability to disseminate “forbidden” knowledge, now the Internet is terrifying central planners in a whole new scale.

Just a few months ago redditors at Wall Street Bets have ridiculed hedge funds with spontaneous coordination and a deluge of memes. Big faceless organizations loosing their nerve over the little guy, what an inspiration for the current crypto battle!

The SEC claims LBRY have issued securities, what if every LBRY user starts to issue their own security in the form of a token representing shares in their channel’s profit? How stupid will the mammoth organization look going after single users?

Token shares to fund channels is a topic I wanted to cover in depth on a future post, it can be an outstanding tool no one is currently using and it deserves thoughtful consideration. But for now it can be used to support LBRY in a symbolic manner. The goal here is not to make profit (although it can happen), but to troll the regulators and show the world how senseless these rulers are.

Here is how it works:

Alice creates 100 tokens and sells half, lets call them Alice Odysse Shares. Each AOS represent 1% of her LBC profits. Bob buys those 50 tokens and now he has a right to 50% of Alice’s profit each month.

If this were a serious project the token should be created on the same blockchain to automate the payout, or rely on a robust decentralized reputation system to prevent fraud; these ideas should be worked on later. Right now it doesn’t matter if the token is created on Ethereum, Cardano, Polkadot or any other base blockchain, nor does it matter if it’s not serious. In fact, the more trolling the better.

Should this go viral the central crooks will overclock their propaganda machine, starting to slander the crypto space and make more dumb accusations against users, such as “hate speech” just like they did against Wall Street Bets.

When it happens it will be a sign the trolling is working, just continue to give them the middle finger and refuse to comply.

Politics is by its very nature cooperation-inhibiting intervention - it destroys liberty in every form it has. There is therefore no 'right' policy in the sense of liberty; only the consistent abstinence from politics produces and maintains liberty.

Central coercive rulers with all their tentacles are getting more aggressive against crypto. It is time for crypto to do what it does best, be aggressive in ignoring all their bullshit.

Crypto exists because the insanity of governments has been out of control for a long time, and it’s been getting worse quickly. The solution is not to follow the regulated and controlled path, but to build upon the foundation Satoshi laid out. That’s where we’ll find peace.

Marco Batalha for the invaluable help with proofreading.

Thank you very much for reading!

In order to be true to our nature, we must aspire to greater things. -- https://linkly.co/renan -- Mastodon - https://mstdn.io/@renan -- Twitter - https://twitter.com/renan_crypto 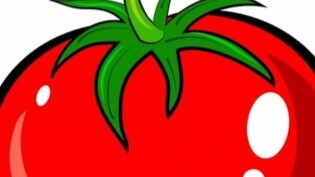 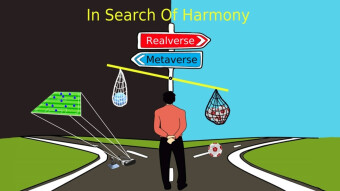 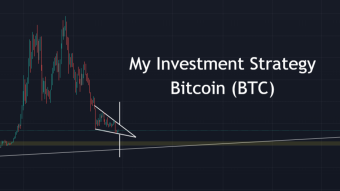