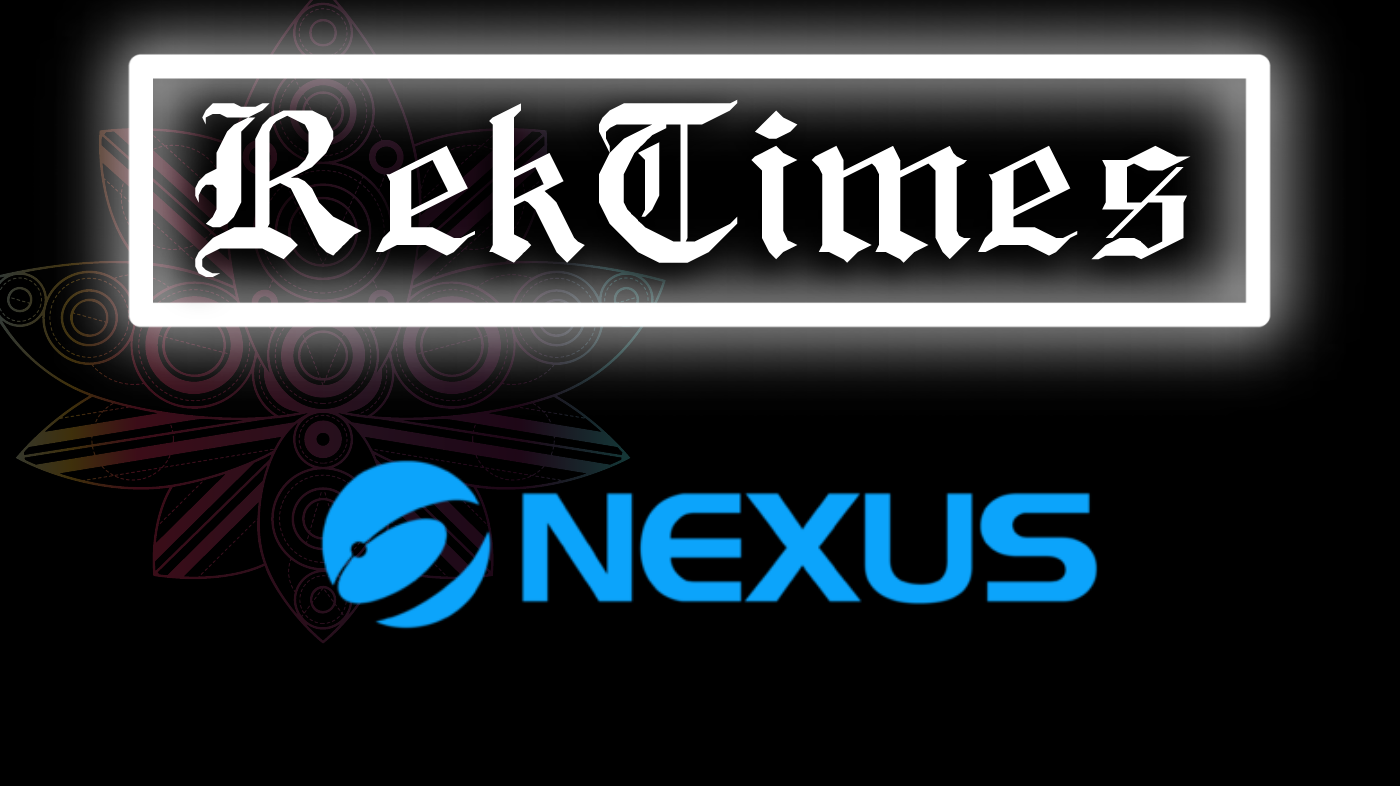 An Introduction to Nexus Protocol (NXS)

3 September 2021:  A major problem with the current iteration of the internet (with regards to Web2.0) is the centralization of data & subsequent breaches in data privacy that occur through third parties.  This is the precise issue that Web3.0 is attempting to fix.  However, for billions of internet users, the only available way in which to access the web itself is through a centralized internet service provider (ISP).  This article will explore the Nexus Protocol (NXS) and their solution to combat this issue as well as provide a possible solution to the 'Blockchain Trilemma'.

The Problem With Web3.0: Centralized ISPs

The monumental rise of dozens of decentralized exchanges, websites, platforms, & more is helping to counteract the centralization that occurred in Web2.0 by various platforms utilizing data collection to fund their projects.  Because of this data collection premise, data is the most valuable commodity in human history, even surpassing that of oil.  The world's most valuable companies to ever exist all exist right now - and they got rich through the collection & selling our personal data.  Consider the likes of Facebook, Google, and other tech giants.

The world is estimated to produce 2.5 quintillion or more bytes of data every single day.  With the value of personal data being estimated in the trillions of dollars, the emergence of Web3.0 attempting to place the rights of this data back in the hands of users is detrimental to the success of decentralizing the web itself.

Considering this, the biggest glaring issue with Web3.0 is the centralization  of the internet service providers themselves.  For those that want to utilize Web3.0, ISPs effectively still control the infrastructure in which this new decentralization movement is based.  This is where the Nexus Protocol comes in.  Nexus is attempting to decentralize the decentralization by providing the alternative to centralized ISPs.

How Nexus Wants to Change the Internet

Nexus Protocol aims to provide a decentralized routing services for users to bypass traditional ISPs and is "driven by a security focused operating system (LX-OS), utilizing the immutability of Nexus to verify it’s internal states, making it resistant to most known operating system level exploits", per Nexus.  To achieve this, Nexus Protocol aims to establish a robust network built up from a combination of tokenized micro-satellites & ground stations in which to interact with said satellites, similar to Elon Musk's Starlink (but decentralized).

The micro-satellites are to be launched into low Earth orbit and run the Nexus Protocol operating system.  The ground stations are established through phased array antennas, which are "electrically steered and are capable of realizing high gains and mobility", per Nexus.  These antennas may be installed on top of buildings or vehicles, and "connect to transceivers on the 5.8 GHz ISM (Industrial, Scientific, Medical) band, commonly used in Wi-Fi routers", per Nexus.  A successful implementation of such a technology would allow participants on the network to effectively own the infrastructure itself that enables this decentralized internet.

Check out the project roadmap here

The main piece of the infrastructure for Nexus is the construction and launch of the micro-satellite network.  Through this satellite network, this will allow individuals & investors of Nexus (NXS) to quite literally own a piece of the internet infrastructure itself in a similar way that Web3.0 is giving users the opportunity to own pieces of new decentralized platforms while holding the rights to their own data.

A comprehensive breakdown of the design of such satellite constellations & their functionality is presented below, per the Nexus Medium page: 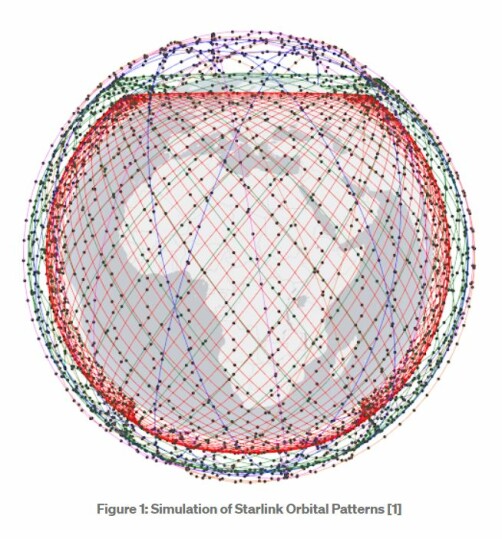 The establishment of ground stations through the utilization of phase array antennas completes the infrastructure of the protocol.  These ground stations hold the responsibility of actually handling most of the processing through avenues such as supplying localized content, edge computing, and routing services.  Nexus also states that the user access is being explored through both Wi-Fi hot spots as well as through a utilization of existing cellular LTE technology, the tech that powers the functionality of smart phones.

The Nexus Protocol will be constructed in a way to promote verifiable authenticity and have the ability to handle computational data.  This gives Nexus the uncanny ability to simplify the processing and handling of  smart contracts, decentralized applications (DApps), cryptocurrencies, non-fungible tokens (NFTs), and more through a set of APIs, or Application Programming Interfaces.  This allows Nexus to not only have the infrastructure capable of dethroning traditional centralized ISPs but also the ability to easily handle the functionality of many Web3.0 protocols, assets, and transactions.

To summarize the technology Nexus is bringing to the table, it is the very first quantum-resistant smart contract network with the ability to run both Web2.0 and Web3.0 protocols, platforms, and developments.  Even better, the native token of Nexus, NXS, can be stored inside their very own mobile wallet.  This wallet has the ability to bypass traditional proxy methods and connect directly to other nodes, ensuring decentralization of all aspects of Nexus are upheld.

Arguably the most ambitious aspect of Nexus is there Three Dimensional Chain (3DC) model which proposes a way to solve the 'Blockchain Trilemma' as stated by Nexus.  This is a well known problem with blockchain technology that basically states only two of three qualities; Security, Decentralization, and Scalability, can ever be achieved by any one protocol.  In other words, a compromise has to be made somewhere.  Nexus argues that is inherently not the case.

The 3DC has three distinct consensus layers.  These consensus layers provide checks & balances in a way that creates security & decentralization while a foundational layer is tasked with aggregating the shard state to ensure maximum scalability.  This 3DC is able to chain together 'cryptographic primitives' that creates a 3D block which contains three dimensions: reputation channels, immutability/authenticity, and time.  Together, Nexus is able to bypass compromise and create a truly decentralized blockchain that is secure, decentralized, and scalable.

It should be noted this only scratches the surface of the vast, innovative technologies being designed & implemented by Nexus.  Other intriguing features, including the   I highly encourage all to explore their website and read their 2020 whitepaper for a more detailed technical breakdown of Nexus protocol.

Now onto the fun part.  If the tech that Nexus is presenting doesn't convince you, consider their tokenomics and price outlook.  Currently the price of each $NXS is valued at $0.80 USD.  Nexus has just over 68 million circulating $NXS with a total supply of 78 million.  After all coins have been minted, the supply is set to artificially inflate by a maximum of 3.67% after full circulation is achieved in 2024.

By staking $NXS and helping to facilitate stability in the network, each participant is able to earn passive $NXS.  The full price history of Nexus is shown below:

Note the massive green candle back in 2018.  Nexus minted an all time high back on New Year's Day in 2018, with a price point of over $16 per NXS. Since then, Nexus had gone quiet as development continued, leading up the the price action since the start of 2021.  With a release of the whitepaper in 2020, the launch of open beta for their mobile wallet this year (2021), and multiple updates coming, the hype for Nexus has been on the rise:

Right now, $NXS is currently sitting at the bottom of a 60% + correction from the peaks of the 2020/2021 rallies.  Nexus bottomed at around $0.36 USD per NXS and has since risen to its current valuation of $0.80, a nearly 120% move up.  From current valuations, a move back to all time highs would be nearly a 20x ROI (return on investment).

Additionally, the most enticing aspect of Nexus is the total current market cap.  Right now, Nexus is sitting at just under $55 million USD for a total valuation.  A move to break into even the top 500 cryptocurrencies by market cap would take Nexus up by at least 80% to over $70 million.  A knock on the door of the top 100 cryptocurrencies would require Nexus to run up to just over $1 billion, bringing each $NXS to over $12 per token.

Sound like a huge ask?  Consider this. In just one year, Dogecoin (with literally no utility other than being a meme) rose from just $22 million to over $2 billion.  Now, with literally no other developments, tech, or functionality, Dogecoin sits at $39 billion.  Nexus, on the other hand, has impressive tech, capable developers, and a rising community.

At its current valuation, with more confirmations on the functionality of its tech, Nexus is literally a sleeping giant currently being ranked as only the 564th largest cryptocurrency in the space.  While the parallels of Dogecoin, as some in the cryptocurrency space suggest, could just be a factor of the unprecedented monetary policy of western governments, Nexus is aiming to solve a massive issue within the development of Web3.0 and really the future of decentralization in general.

The thought of owning part of a worldwide micro-satellite network that is powering the world's very first decentralized internet service provider is truly intriguing.  At the very least, Nexus Protocol deserves a look into the presented tech, especially in regards to both internet and blockchain decentralization.  Nexus Protocol might be the most ambitious project to ever arise in the cryptocurrency space and could in fact revolutionize the beliefs of blockchain & internet protocol development.