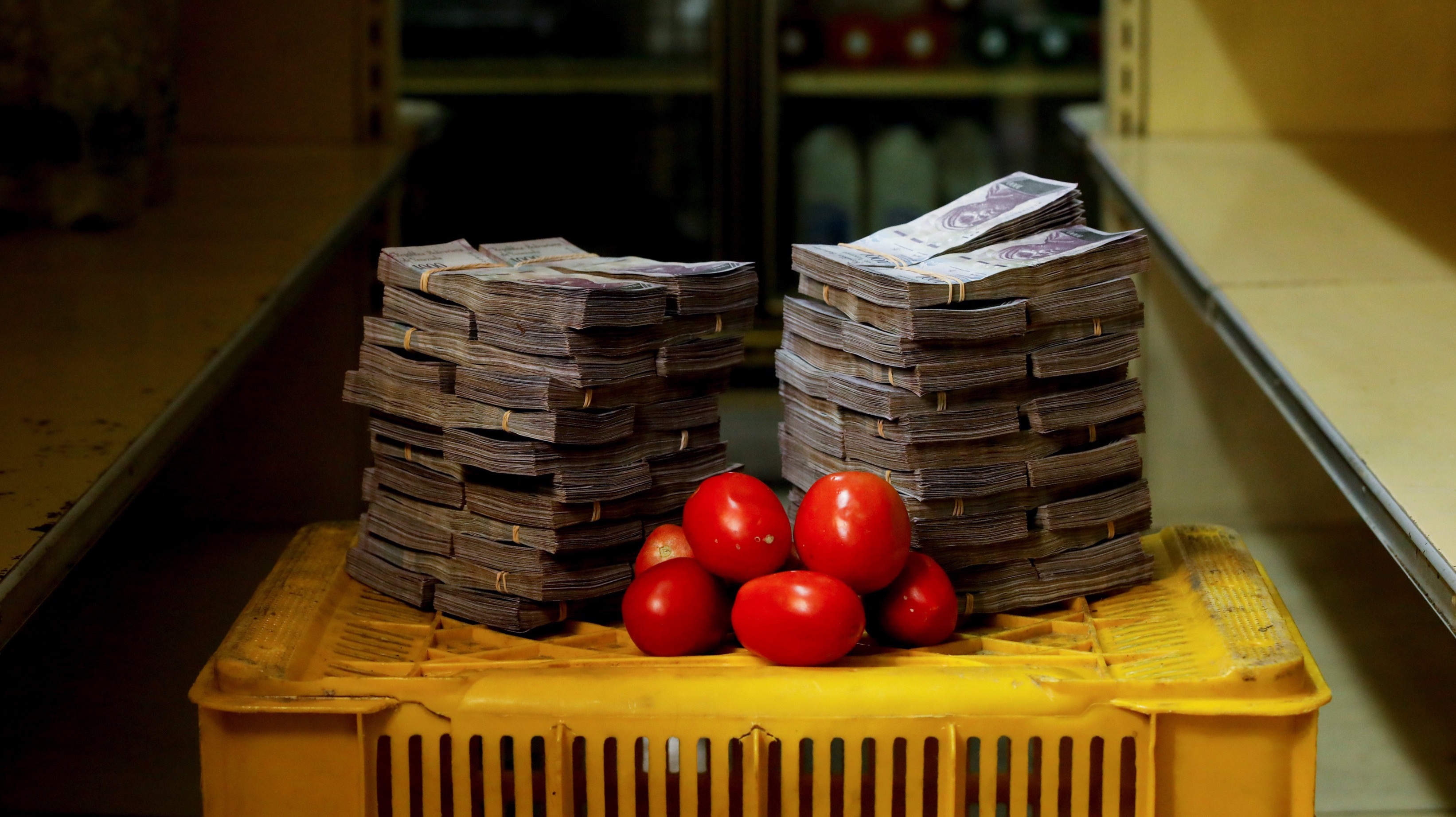 Hyperinflation brings about detrimental effects to societies, as prices of all goods and services rise rapidly over a short period of time, whereas your income and savings remain stagnant, thus leading to a significant decrease in purchasing power very quickly.

Globally, there are several countries plagued by hyperinflation or generally high inflation due to unsustainable monetary policies, fiscal policies, which led to the devaluation of their local currencies in foreign exchange markets thereby eroding the purchasing power of the government, businesses and its citizens. This sets off a ripple effect where the state would no longer be able to afford to maintain public goods, businesses unable to compete internationally and individuals no longer have the purchasing power to improve their lives, thus leading to an economic collapse and social breakdown.

In the article below, I set out to make a case on how countries plagued by hyperinflation can overcome it through the adoption of Bitcoin and reap the benefits of paying Bitcoin as a universal basic income (UBI) through Stacks’ Proof-of-Transfer (PoX) mechanism.

Bitcoin, probably the hardest form of money ever created, with a fixed supply of 21million that runs on the Bitcoin Blockchain was invented by Satoshi Nakamoto. The invention of Bitcoin introduces to the world a decentralized ledger that is fully transparent/verifiable, permissionless and trustless network. Bitcoin miners help to prevent the double-spending problem through Proof-of-Work by competing to solve complex mathematical problems to receive block rewards in Bitcoin.

Today, Venezuela experiences one of the highest inflation globally, which was caused by government printing and injecting more money into the domestic economy to cover for budget deficits. The erosion of wealth within the country has led communities to adopt Bitcoin as the alternative store of value to protect their wealth from being inflated away due to actions that they’ve no control in. Not only the Venezuelans have embraced Bitcoin, the Bolivarian army is mining Bitcoin in its military facilities, and the state has also legalized crypto mining via its national mining pool.

This clearly shows that the government of Venezuela and its citizens are receptive towards Bitcoin as an alternative store of value against hyperinflation, a globally recognized asset that is censorship resistant, fungible and easily traded to spend on daily necessities. 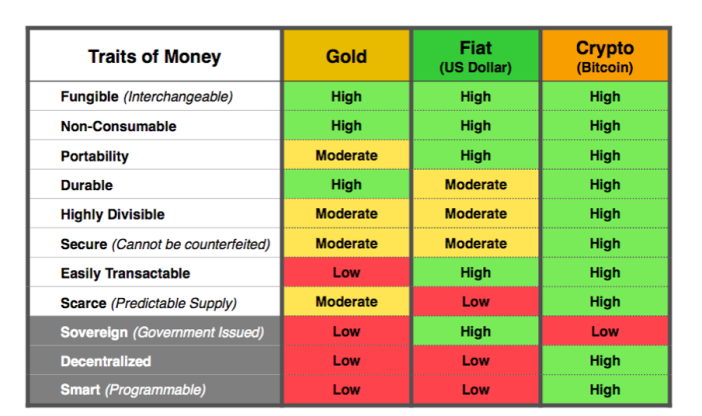 However, the acceptance of Bitcoin within the country is only half the job done in curbing hyperinflation. In the following paragraphs, I would like to make a case for Venezuela to implement Universal Basic Income (UBI) for all of its citizens, paying out in Bitcoin in a sustainable manner, which paves the way for programmable money to be integrated into the economy which enables Venezuela to benefit from the next frontier of technological growth.

The capital expenditure incurred for mining bitcoin is astronomical, with mining equipment product refresh averaging every 2years, and paying out mined bitcoin to citizens is simply unsustainable. This is where Stacks Blockchain comes into the equation, where holders of Stacks (STX) token receives a payout in Bitcoin every 2 weeks, with an average APY of 11%(source).

How is this achieved? The underlying mechanism that powers Stacks Blockchain is Proof-of-Transfer, where stacks miners are intrinsically motivated to commit bitcoin to the Stacks protocol to win new stacks blocks paying out Stacks token, while STX token holders receive the committed bitcoin.

Let’s deep dive into a hypothetical analysis if Venezuela used the 9tons of gold to kick start the country’s adoption of Bitcoin as its treasury reserves and UBI plan for its citizens. In a simple back-of-the-envelop calculation below, I’ve detailed some factors that Venezuela can consider when adopting BTC UBI. 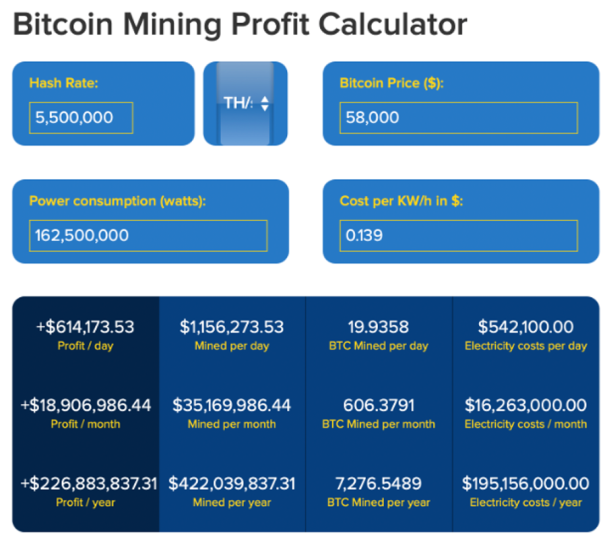 Bitcoin mining could be the most direct way to opt-out of the existing financial system while building up your bitcoin reserves overtime and potentially implementing bitcoin UBI given the regular payouts that mining provides, but is it a sustainable approach?

Some assumptions I’ve used to derive with the above numbers:

*I’ve kept btc price constant through my comparison as both payout in btc and will benefit from the appreciation of btc price.

Profits available from USD500 million of investment into mining equipment yields USD 226.8million for country reserves and bitcoin UBI for the 1st year. Venezuela has a population of approx. 84million, with a minimum wage of USD3 per month and being exposed to 2,660% inflation per annum. A yield of USD 226million in Bitcoin to provide every Venezuelan with 1 month worth of minimum wage in BTC, creates a material hedge against the country’s hyperinflation and making a significant impact towards improving Venezuelans’ livelihood. Where for the first time, Venezuelans can receive an income that will not erode in value on a daily basis, instead value can be stored and appreciate over time. This empowers Venezuelans to have the freedom to plan for the longer term(as their wealth will not be inflated away the next day) and save/invest for future plans. Which, to many of us is part and parcel of life to be able to make plans beyond the next day.

However, taking into account of bitcoin mining difficulty which increases by approx. 30% in the last year represents that the amount of bitcoin mined will decrease over time, assuming Venezuela mining operations maintains the same level of hash rate over the next 5 years.  Therefore, USD 226.8million available for reserves and UBI distribution in Year 1, will decrease to approx. USD 38.1million in Year 5 assuming no further capital expenditure are invested into upgrading mining equipment, thus making BTC mining unsustainable for UBI.

Besides, taking into account general equipment depreciation of 15% yearly due to regular wear & tear and product refresh. The mining equipment that was bought for USD500million in Year 1 will be valued at approx. USD 221.8million in 5 years, resulting in a net decrease in the country’s assets in the attempt of building a national bitcoin reserve & UBI plan via BTC mining.

Stacks blockchain offers a unique tokenomics made possible with PoX where the bitcoin committed by STX miners to mine new blocks on the stacks blockchain are transferred to stackers (holders of STX token), thereby providing a bi-weekly payout in bitcoin. Using this unique mechanism, stackers are getting regular payouts in bitcoin, and in the context of Venezuela, allowing the government to adopt this model to structure a bitcoin UBI plan for its citizens.

In addition to Stacks tokenomics which enables regular UBI payouts, other synergistic value can be obtained via Stacking for BTC UBI model.

Venezuela will retain the value of its USD500 million as compared to 1) making payment to others to sustain its oil industry(no clear evidence of effectiveness) or 2) investing in BTC mining equipment that is subject to depreciation over time. With the USD500 million in Stacks which enables BTC payouts, the value of Stacks token is largely tied to its network usage and stacking mechanism whereby comparison with the above 2 options is much more resilient in retaining value.

Stacking enables STX token holders to participate in securing the stacks blockchain by committing STX token to the protocol via its PoX mechanism, and in return gets paid in BTC. This brings another dimension of use case to token holders, whereby owning STX tokens and stacking them, they are entitled to regular btc payout, which plays a crucial role in kickstarting the tokenomics flywheel of empowering STX holders in the community.

Beyond retaining value, adopting Stacking for BTC UBI allows the integration of programmable money into Venezuela’s economy alongside its fiat currency. This allows Venezuela to attract foreign investments, entrepreneurs and talent to the country to build out crypto-native use cases & business models. The development of blockchain technology and crypto-native use cases takes on a different dimension where we witnessed a crossover between technology, communities, economics and governance. This will put Venezuela at the forefront of technological and business development and reap the rewards of wealth creation, in-demand sector expertise and skilled labour for Venezuela’s economy, as the technology goes mainstream and the industry matures.

Venezuela will be in an advantageous position, as developed nations may find it hard to pivot so quickly due to the strong inertia caused by existing network effects and infrastructure, thereby allowing Venezuela to future proof its economy while solving for hyperinflation.

Venezuela has largely been a socialist state historically, through the BTC UBI model allowing the government to remain aligned with its socialist ideology and empower their citizens through the introduction of sound monetary policy (adoption of bitcoin as a unit of account) and solving for hyperinflation.

The majority of the Venezuelan community recognizes that Bitcoin is a more resilient store of value medium over the Venezuela Bolivar. This allows for a smooth transition when the government introduces a sustainable way to implement BTC UBI and foster greater trust and goodwill between the government and its citizens which would eventually lead to a path of reconciling & unity for the country.

What are the considerations when implementing Stacking for btc UBI?

The current payout rate is at 11% APY, and the following are some factors that will affect the yield rate over time.

Also, according to SIP 007, Stacking will enter its sunset phase on the 100,000th bitcoin block from the genesis stacks block that was first anchored to the bitcoin block (approx. 2 years) if the proposal remains unchanged.

Relevant crypto-first policies need to be in place to ensure a smooth transition to Bitcoin as a unit of account, as a form of UBI payout, and a settlement standard either domestically or internationally.

A blog where I dump my random thoughts about various topics such as, economics, finance, investing, crypto, politics and the occasional random rumblings. 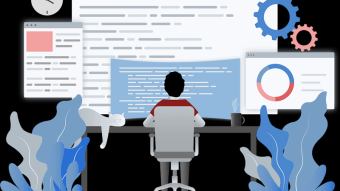 The Shrimpy Academy: Why it is Best for Cryptocurrency Beginners 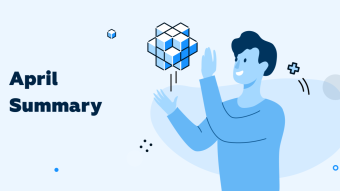 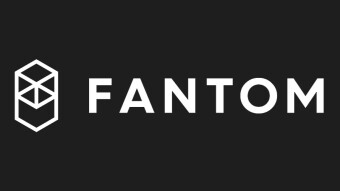