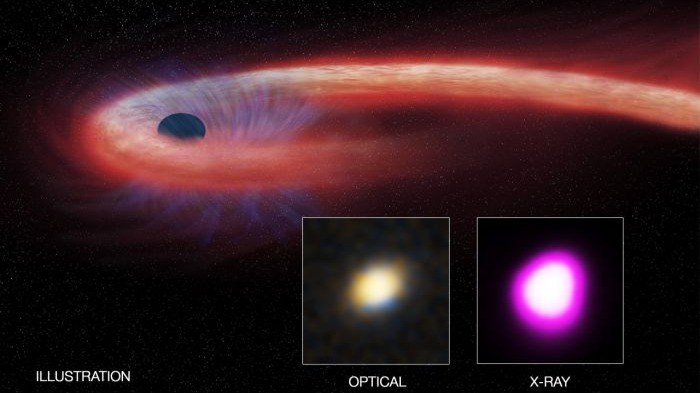 Very recently, astronomers observed a star being essentially sucked in by a supermassive black hole, and as the light of the star was being extinguished and sucked in, the "delayed" light left a sort of spaghetti path from where the star was originally to where it's life ended.   This even is called a "tidal disruption", and it is believed to happen due to the strong pull of black holes towards the closer part of the star to the hole itself, the resulting effect is that they stretch the start out like dough or, it's name sake, spaghetti. This one in particular was easier to observe than others as it was the closest such even that has happened in observable history and was observed over a longer time period, of around 6 months. All previous research was mostly dependant on traces of the event happening rather than actual sighting/active viewing. 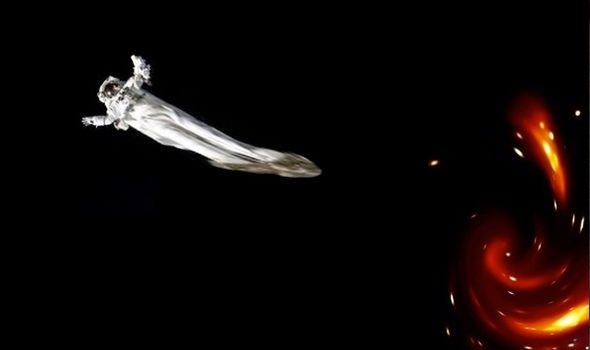 An illustration depicting the effect of spaghettification on a person   As someone not knowledgable in science or space stuff I just wanted to share this as something quite cool and an effect I had never heard of before that can happen. It protrays just how little we know of what awaits us outside our own domain.