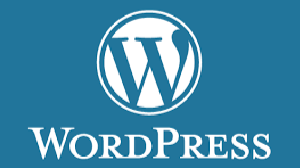 Wordpress is a world leading CMS (Content Management System) used by millions around the world to build web content. It comprises of a text editor not to dissimilar to the one Publish0x uses, a layout editor (that pretty much does the same job as CSS for those of you in the know) and then a series of plugins to add functionality to your website. Functionality can vary from contact forms, to online shops and everything between. There are probably literally millions of plugins, some paid and some free that will manage literally any functionality or layout specialisation that you can think of – and if you happen to come up with something new a plugin can soon be created for it.

I have been using Wordpress for years. In fact it is the platform that I used to build my website, which comprises of a landing page and some basics plus a subdomain in which most of the real content is displayed. One of the issues is that landing pages look very nice, but have limited functionality.

However, recently I have fallen out of love with Wordpress and the main reason why is because of its unwieldy Guttenberg or Block Editor that first made an appearance a couple of years ago but has now become the default. It is nasty and in a moment I will explain why.

Publish0x’s text editor is very simple any published article fits neatly into their existing webpage layout scheme. The host system does all the work for you. If there is any limitation at all it revolves around introducing  media items that cannot be embedded with text to the left or the right.

While the Wordpress classic editor (as it is now called) can do this it’s still not too easy as it is not a WYSIWYG / drag and drop editor and images often need fine tuning to fit paragraph styles anyway. Finally on Wordpress this is fairly pointless anyway because most templates are reflowable (which means adjustable to the device specs – tablet / mobile / laptop, etc). So without sophisticated tools or an ability to force the CSS element to manage the picture display qualities the page can often look a mess other than on the device that it was originally designed on.

The point is that Wordpress have never satisfactorily solved this problem and while one of its options is the same as Publish0x’s (to format in its own 'row') it shows that actually as a text editor Publish0x is just as good as Wordpress Classic.

I just wonder if Microsoft has some shares in Wordpress because their new innovation has a record of making things much worse. Those of you who can remember knew we were all quite happy with Windows 98 and then along came ME. Once more they came up with another very satisifying product in XP which was then followed by Vista. They still hadn’t learnt so later they replaced 7 with universally dreadful 8 and now we have to contend with 'not responding' 10 and frankly they haven’t done anything good since Windows 7. I literally have to turn my computer on 30 minutes before I intend to use it despite applying all the fixes. Windows 3.1.1 was better as was probably my Sinclair Spectrum+3

Wordpress has made the same mistake – to fix a non-existent problem they introduced the Guttenberg or block editor in which you have to choose a style for a blog, be it text, image, film, survey or whatever. Navigating between blocks is nasty and each paragraph creates its own block so for example the other day when I wanted to delete some text I had to click on the block and then select the text and I could not scroll over multiple blocks. So I had to do it for each block I wanted to delete.

I couldn’t use CTRL+A  because then I would have to work with the whole text being selected and risk deleting the whole thing.

It is not user friendly, it is not intuitive and the innovation just gets in the way. Where and when possible I always try to switch back to traditional editor, but this is often more difficult than it should be. If you login the new dashboard is galvanised to work with the new editor and the only way to get back to your traditional dashboard (from which you may or may not be able to access the classic editor) is to go through WP-admin.

Just think about how many maybes or steps I have introduced there.

With Publish0x it really is a case of clicking on ‘new post’, writing your piece and then completing the details at the end such as which blog, tags, references and featured image before going to the pre-publish page in which the author has to click 4 declarations to confirm the post’s originality and authorship.

What is more, Wordpress is no longer truly free unless you want a ridiculous domain name like

On Publish0x you can literally just write and leave the good people at Publish0x to do everything else.

And finally of course remember that Publish0x pay out in free crypto, not something Wordpress does.

And that my friends for is why for pure blogging (without additional functionality) Publish0x is far superior to Wordpress’ Guttenberg editor and comparable to its classic editor with both having just a few minor issues with pictures. 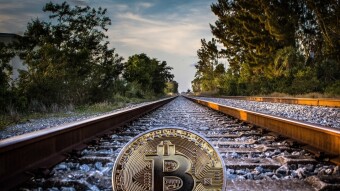 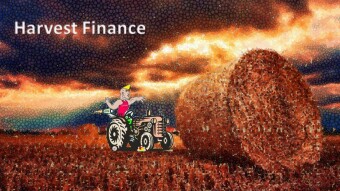 Surviving a Harsh Winter on the Farm - Story of Chad Farmer 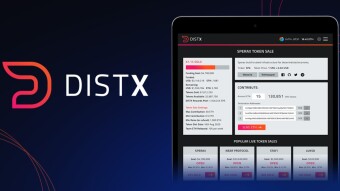 How to Earn Lucrative Rewards with DISTX Tokens