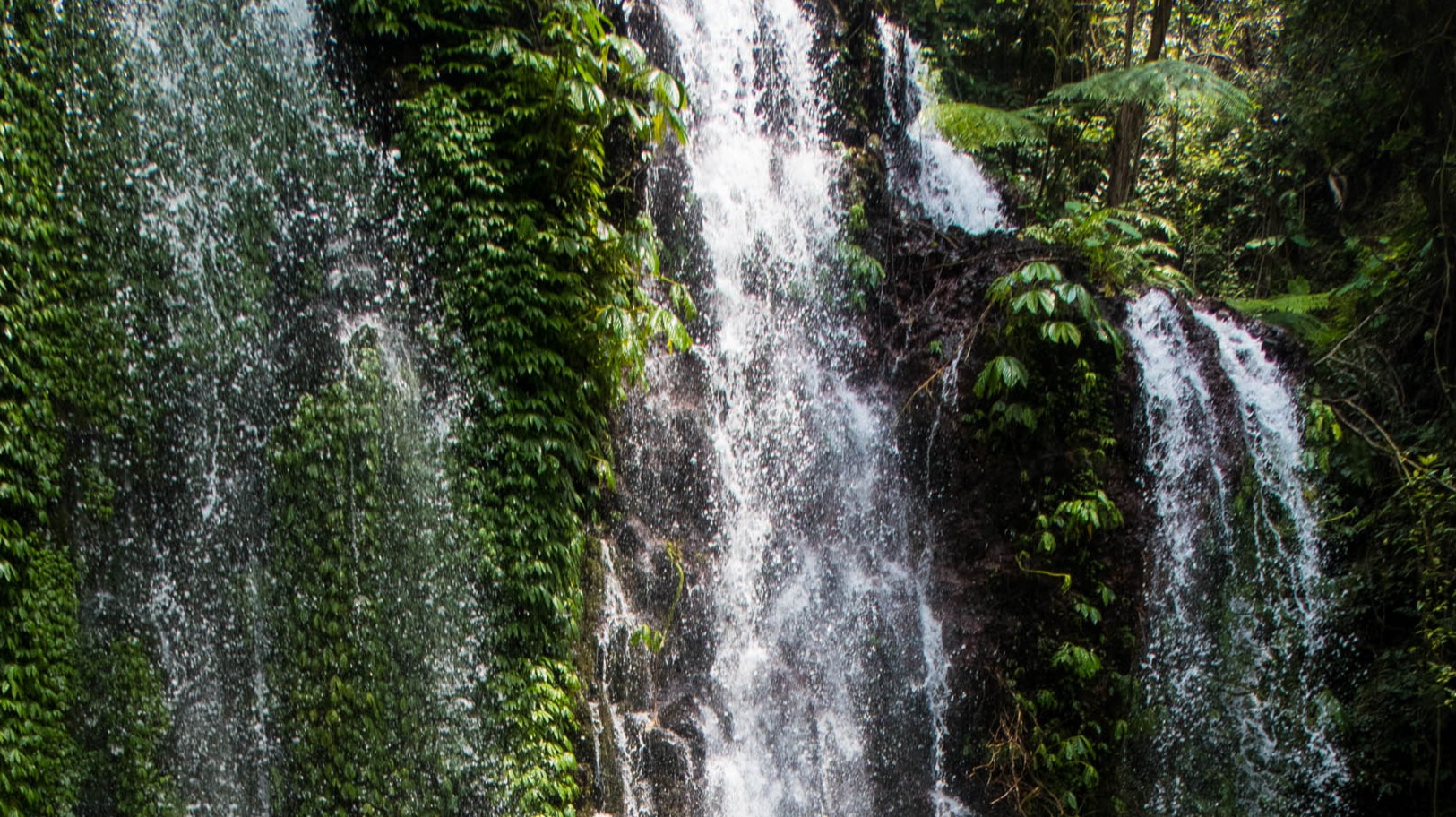 The Waterfall Inside the Bali Tropical Forest

Hello everyone, I would like to share my last trip to Banyuwana waterfall. This was before the covid-19.

To get to the Wanagiri village where the waterfall is located, you need about 2 hours drive from the capital city of Bali. This waterfall is called Banyu Wana. Actually, there are numerous waterfalls in this area because the area is on hills.

When I arrived in the village, I saw an open building by the road with the sign that said "BANYUWANA WATERFALL". There were two Balinese men wearing simple traditional Balinese uniform inside the building. One of them sold the tickets to get to the waterfall. One ticket to waterfall cost about 3 usd.

The other man there was a local guide for the waterfall. You can hire him to show you the path to the waterfall and help carrying your bags if you need it. As we started walking, I just realized that the path was descending all the way. The starting point where I met the local guide was the highest point I had been. The path I walked through was mostly soil. Sometimes there were roots of trees on the way that I had to evade. Fallen leaves and dead branches scattered every where.

It was a bright hot day, but since I was in the forest, I didn't really feel that. There were so many tall trees that they block the sun light. And I was on higher land so the temperature was a bit cool.

The walk down was quite challenging. You need to walk slowly otherwise you will start sliding down. But I remember thinking, I just went down and down, later I had to go up when getting back. That would be twice more challenging.

After about 20 minutes walking passing clove farms and forest, the waterfall came in sight. It could be seen in my left behind the trees. It looked beautiful, and that gave some motivation to keep on going. The air was surprisingly cool when I arrived in the water fall. It had to be the moist from the falling water that caused the air a bit cooler. I touched the water, and decided I was just stay out from the water and take photos. The tourists I were with, jumped to the water. Well, good for them, they came from far far away to experience this view.

So, that's my adventure in Banyuwana water fall. Thanks for visiting. And here is a short video when I was there.