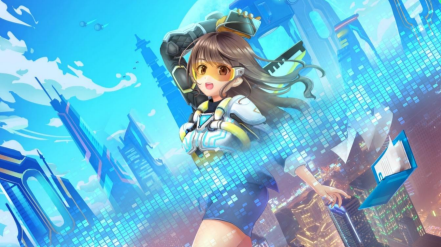 This press release was published on Publish0x on behalf of clients.

PARALAND is an innovative Metaverse platform that combines gaming with social interaction. Although a social platform, the gameplay absolutely lives up to expectations, ranging from Territory Rooting, to first person shooting mini-game, as well as Encryption Squads, which are envoys that carry newly earned tokens, Crusades led by Landers, and the newly added Black Hat Operations, which allow other players to intercept and raid others. Players are able to visit different communities and participate in events, missions and rankings via AR functions and travel through the LBS map. Unlike other GameFi projects, there is no threshold or minimum spending to join the game, making it very available for the general public. PARALAND concluded the seed round funding phase last year and is now amidst negotiations with local and overseas VCs for private offering, currently gaining support from Polygon Studios, BITGIN, MaiCoin, AMIS and has established partnership. It is apparent that various investors see the bright future of this project and have faith in its development team. 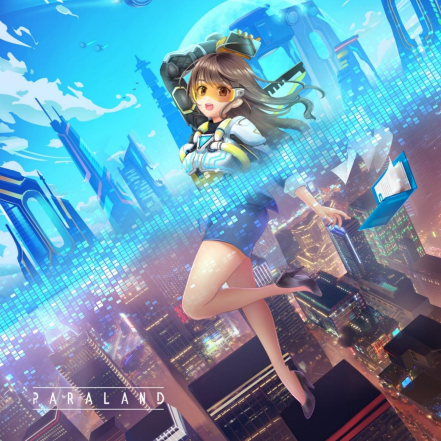 The PARALAND team has decided to offer the community a chance to obtain their crypto currency in advance to show appreciation to their supporters for minting out all PARAZEN NFTs last year in just 37 seconds. This new NFT series, the PARA Ledger will only be available to PARAZEN holders and members of the community who are on the whitelist, and contain large sums of $PARA, ParaBot Cases that can be redeemed for ParaBots which are expendable 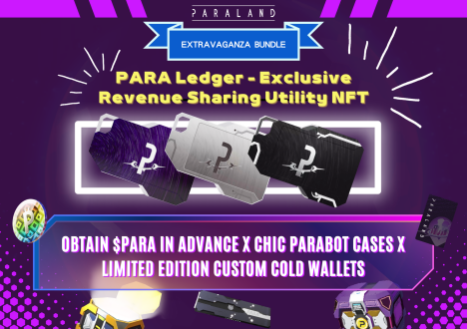 Dochin, the founder of PARALAND denotes that “After many years in the gaming industry, it was always a dream of mine to create a world that integrates real and virtual worlds, like the ones in Summer Wars and Ready Player One, where the depressed and oppressed can find a place to regain confidence and have fun, which is why since I established GranDen back in 2017, we have continuously worked towards a metaverse platform that takes place in simultaneously existing spaces while implementing virtual and real integration. PARALAND is not only a metaverse platform that combines gaming with social interaction, it is also the first blockchain game that combines territory rooting, crypto, community interaction, LBS mapping, and

cyberpunk elements, where players can interact and claim territories with their favorite IPs and idols. This dream of mine is gradually coming true with the efforts of the entire team!” 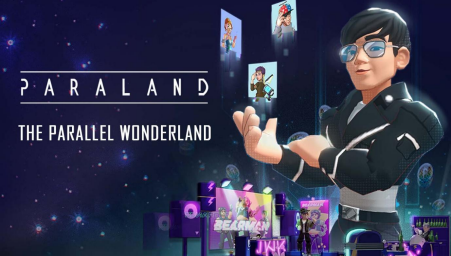 PARA Ledger is about to Begin Limited Minting

To show appreciation to the community, PARALAND will initiate minting of the PARA Ledger starting June 22nd, which offers early access to $PARA among other exclusive bonus rewards, including ParaBot Cases that can be redeemed for ParaBots which are expendable items used for territory rooting shooter minigame, limited edition PARALAND metro cards, and PARALAND edition collab cold wallets. The PARA Ledger is limited and will be issued based on the total supply of $PARA designated for this minting, which is 800,000 in total, when the entirety of $PARA has been allocated for airdrop, the PARA Ledger will cease to be available for minting. Only PARAZEN Pioneer holders and community whitelist members are eligible to mint the PARA Ledger, so visit OpenSea to get yourself a Pioneer to mint the PARA Ledger! 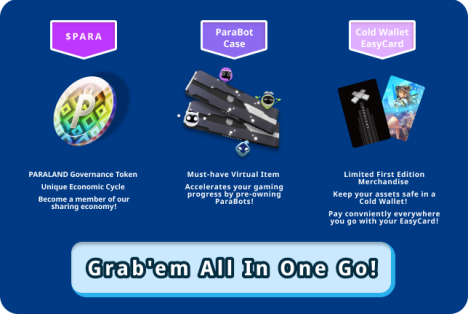 Contents of the PARA Ledger

The adorable ParaBots are a player’s best companions in the world of PARALAND, other than accompanying Jumpers and Landers on their many adventures, they are also crucial items for Land expansion, including segments such as Territory Rooting, Encryption Squads, Black Hat Operations and World Class Boss Fights, in all these circumstances, ParaBots will be the first ones standing next to you to encounter the obstacles you face.

Players can dispatch Encryption Squads to escort newly earned income into their wallets, and the amount that can be carried each time is limited and requires strategy and wit to safely transfer the goods, during this process other players can initiate Black Hat Operations to intercept and raid that Encryption Squad. This newly added gameplay will provide Jumpers and Landers endless excitement and fun! 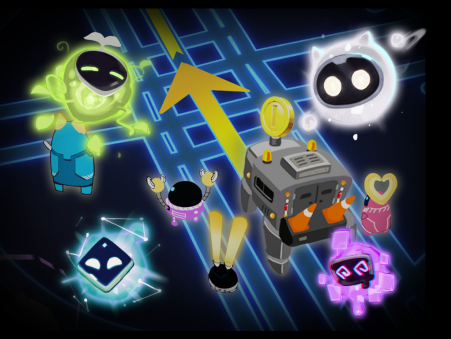 Different Types of ParaBots in an Encryption Squad

How to Mint the PARA Ledger

The PARA Ledger comes in three types, Prestige, Platinum and Eternity, first you’ll need to be either a PARAZEN Pioneer holder or be on the PARA Ledger whitelist. Pioneer holders will be able to mint starting June 22nd, just simply follow the steps on the website. This is your chance to obtain $PARA in advance and receive in-game items to give yourself a boost when the game comes out! The PARA Ledger is limited, so don’t miss out on this opportunity!

Find out more about PARALAND, PARAZEN Pioneers and how to mint the PARA Ledger on their official website, read their whitepaper and attend the regularly hosted weekly AMAs that have been going on in the PARALAND Discord Community, get a spot on the whitelist by filling out a form posted on their official Facebook and Instagram! Join now to travel into the Metaverse!