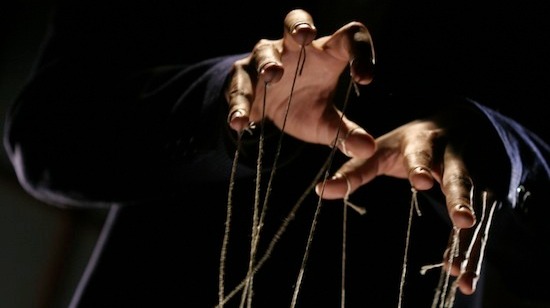 One of my good friends just asked for my thoughts about the current world that we find ourselves in. This is what I sent her. Except I made those exceptionally striking bold-faced headings and I added the videos into the text so that it would flow better for my Publish0x people. This is a paradigm shifting time for humanity and to break it all down, we're in a battle between good vs. evil.
Which fucking side are you going to be on.

The global financial system is starting to crumble before our eyes (aka buy bitcoin & crypto :P) and it's times like this when generational wealth gets created. Right now that's all I'm focused on personally. There is a cold war currently being fought between the US and China and america is losing - and thus Canada will most likely suffer by association. The second wave of corona is inevitable as we enter winter time and that means as soon as it happens there will be more strict restrictions and essentially just population control. Except this time there might be food shortages which would be really just extra spicy. A vaccine will be ready early 2021 potentially just in time for the 2nd wave or directly after it is an incentive to justify mandating it for everyone. And that's where it starts to get really interesting of course.

There will 98% likely be blockchain technology and personal tracking of some kind related to the possibly mandatory vaccine - therefore making it impossible to go to work unless you've had the vaccine and essentially comply with the governmental impositions. There will shortly after be no freedom without governmental supervision and the vaccine is the number 1 route to get there. You wont be able to fly anywhere, travel to a different state, go to large gatherings etc unless you've been vaccinated. The crowd effect will mean those who don't get vaccinated will be shunned and pressured into getting one. The way the world has been going over the last decade or so is merging man, woman and machine together and AI will only continue to play a larger role in enforcement. It fucking pains me to say, but nightclubs might become a thing of the past - if they aren't already.

Community, society, and personal connection are slowly starting to slip away as people are being required to cover half their faces and hide their emotions from the outside world as we must keep an arbitrary distance from each other therefore helping to further impose a divide and rule type society and culture. Divide and rule has been the goal and the primary leader in every type of social justice type movement over the last decade. There is no longer man and woman; the divide between people only keeps widening thus creating a fantastic us vs. them mentality that seems to be more contagious than this so-called virus which has never actually been scientifically isolated and where doctors in hospitals are getting incentivized to diagnose more patients with this seemingly deadly pandemic that has an infection rate that makes the common cold seem like medieval torture.

Sperm counts are down across the board, autism is about 1 in 5 now, the average IQ is lowering, attention spans are shrinking, EMF radiation is continuing to sizzle, dopamine is becoming more fucking scarce than toilet paper thus creating a generation of stimulation addicts. Myself included obviously which is why I can vouch for it haha. The plague is already among us and these are the symptoms I just mentioned. It's not a bleeding from the mouth and boils on the skin type of plague but one of the mind as it slowly starts to erode en mass. People across the globe are already starting to have less children which literally is the recipe for extinction - my thoughts on that are that over-population is one of the top most significant issues facing the world today.

China is leading the way because of the way they can control their population and pretty soon they will be the example that the rest of the world should follow. Furthering the financial collapse and thus China will win the cold war with a solidified finish instead of the quasi-victory they seem to have now. Their social credits system will be the inspiration for the post-vaccine society. And pretty soon you might not even be able to run away from it as our boy Elon is slowly working on encasing the entire world with wifi satellites which will just increase the possibilities for control under the guise of helping to free the world by giving access to the internet to everybody.

So at the end of the day, what does this all come down to? Money is one of the only safe ways to protect yourself and keep one step ahead of the craziness that is currently going on. So basically, buy bitcoin.

If you dig this article I would appreciate you SMASHING that like button and FUCKING PULVERIZING the comment section and if there was a red bell icon, I would probably tell you to fucking break that thing too. Kids these days. Ridiculous.

This blog revolves around other random shit such as psychology, cultural trends, introspection, observation, and different perspectives on things.