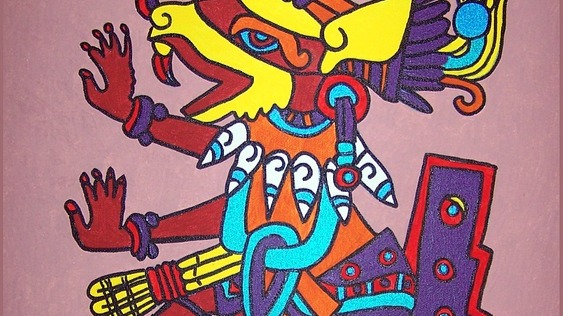 As I wrote this the planet Mercury was – for a few hours only – currently passing behind the sun in the sky, from earth’s point of view. This is considered a superior conjunction of the sun by Mercury as it moves forward at rapid speed, passing on the outside of the sun from our point of view. I wrote about it in my previous post if you want to know more details. It is during these special windows of opportunity that I like to compose a poem as a meditation upon Mercury, who is considered symbolically to be representative of the guide, scribe, magician and confidante of the alchemist since the Middle Ages.

Astrologically Mercury symbolizes the power of the mind, and communication. It is considered the god of traders since ancient Roman times. In my previous post I mentioned how this transit of Mercury behind the sun for a few hours may trigger some effects on thought, communication and curiously also trading. And this played out in the significant price dump in all cryptocurrencies across the board this past 24 hours, since writing that post.

It appears as if a flash crash allowed for traders to scoop up some cheap crypto. I made some profitable purchases, and also scored some gains in a couple of sweet trades. I feel blessed by the opportunities presented by this Mercury conjunction with the sun. Particularly now as the “cazimi” moment occurs for a few hours. This is when Mercury is in the center of an exact conjunction with the sun. The window period is 17 minutes of arc (60 min of arc in 1 degree) either side of the precise conjunction moment, and lasts no more than a few hours.

As it occurs now, I have been able to make my profitable trades, as well as write this poem on Mercury, as is my ritual during every Mercury cazimi moment, which occurs in three sets of two pairs annually, when Mercury is passing the sun while moving forward (direct) or backward (retrograde) past the sun, from our point of view from earth.

“Cazimi” means “in the heart of the sun” or “on the throne of the sun” and was a word used by Medieval astrologers to signify the few hours when Mercury is at that exact point at the center of the sun conjunction. And it’s happening now. Therefore I compose my poem to the god of traders, as the ancient astrologers called the winged messenger.

This moment of “cazimi” is a window for magic to occur, whatever that means to you. For example the price of Hive coin, one of my main holdings in my cryptocurrency portfolio, has just made a massive 25% pump in BTC value. As a result I was able to take profits on a nice trade, all within this window of opportunity now during the transit of Mercury. It could obviously be coincidence, but I like to see the correlation with the Mercury transit of the sun as fortuitous timing. I feel blessed by Mercury, which is very well situated in my horoscope since birth, so it plays a special role in my life.

So here is the poem to add to my anthology of 55 others. Let me know what you think and how you are experiencing this week so far. (Image source Aztec art from Pixabay)

The once and future mage

Mercury hidden from our gaze

you never cease to amaze

behind the sun you pass on by

cazimi now I hear you cry

Upon the throne of sol you sit

as time stands still or does it flit?

A moment in a lifetime spent

your power now is heaven sent

all inner blocks it’s you who frees

for just this moment you’re the king

bestowing gifts as I now sing

Your glories for the world to hear

for you are one I hold most dear

my psychopomp and inner guide

it’s you in whom I will abide

you turn a coin until the end

as profits roll and bounty swells

I hear you chime your teller bells

Increasing riches is not all

the luck that you send to enthral

for gifts of speech and silver tongue

are yours to give – still more to come

And so I praise you here right now

as you conjunct the sun somehow

and send me profits in my trades

the traders’ friend the secret spy

the once and future scribe and mage

to usher in the golden age

you have so much to still reveal

for those who crack the seventh seal

bestow your mercy on me now

it is to you that I still bow

today upon sol’s throne with pride

you sit and bask so luminous

while we await eternal bliss