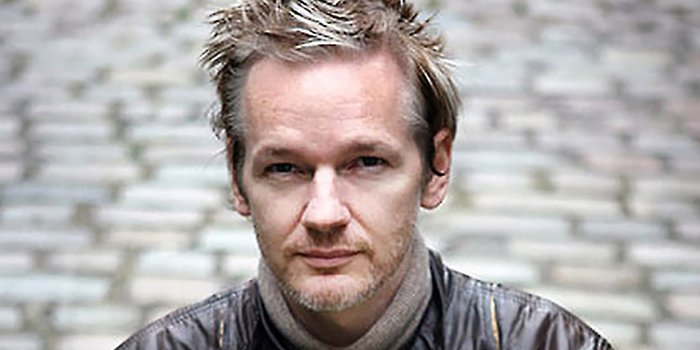 I am Julian Assange

As an activist blogger, I consider myself to be a journalist, reporting on the news in my area, or as it arises anywhere in the world. We have all been brought together via the world wide web today in what is now clearly a global village. What happens on one side of the pond has ripple effects across on the other side, particularly since we are all interconnected economically one way or the other. Our countries are thus all going through similar strain, as are our political systems and our freedoms, particularly the freedom of speech. So it is with more that one reason that I raise the concern for Julian Assange today.

Firstly we share the same name. I have always been Julian since birth and so resonate with Assange, the fellow activist journalist and giver of voice to the unheard. His legacy will live on whatever happens to him now at this 11th hour of his dire situation under the hands of the tyrannous Empire. I can now boldly say with solidarity that I am Julian, but it has come time for all of us to say I am Julian.

The current situation under which Assange is suffering is a crime in itself because in a moral society you don’t shoot the messenger while leaving the real criminals to walk free. The Empire, as seen in the UK and USA today, have no legal grounds to persecute a journalist for collecting data and publishing it via Wikileaks. Assange may be the greatest whistleblower of our generation, and his alleged crime of espionage is trumped up, pun intended. What was considered reporting or journalism just a few years ago, has today become demonized as a crime.

The state has overstepped the very constitution set up by its founding fathers in America. By attacking and criminalising Assange, America is now criminalising free speech and journalism. This is the situation we find ourselves in at this cross roads in history. Assange has already received numerous awards for his service to journalism in publishing the documents implicating America in clear war crimes. Yet nobody takes America to task at the International Court in the Hague. At the same time the Empire is allowed to torture the journalist who did the work.

This is therefore an historic crossroads because if America oversteps this line, they will be officially trashing their own first amendment. And that bill of rights that became the amendments to the American constitution was not always there. The founding fathers were already a bunch of elitist Imperialists who cared not for the rights of the people. The people had to fight like crazy to get the amendments added on later, of which the first is freedom of speech. It was after a hard struggle that this right to free speech was added, so as to protect the people from this very same ability of the Empire to usurp their rights or become a dictatorship.

When you prosecute Assange for journalism – a man who is not even a citizen of your country – you are crossing the line into dictatorship, where human rights to free speech are gone. And if they can do it to him and Chelsea Manning, then they can do it to anyone, including me and you. So journalism is on trial today, free speech is on the edge because a precedent is being set here. Other whistleblowers are going to be curtailed by this message being sent to the world, that the Empire does not tolerate its crimes being exposed. The Empire is now just like China, where we all know the rights of the citizens are much fewer under that open dictatorship.

We are entering an era of Planet China, with the Imperialist totalitarian state dictating and the citizens towing the line under a social credit score for fear of their lives. Free speech is gone and war criminals walk free in the land of the free. The tide is turning, and a new world order is emerging where the Empire is held accountable to no one. Politicians in the farce called democracy are now openly flouting their own bill of rights, an enshrined document considered sacrosanct just a few years ago. At least in the past there was an attempt at preserving the amendments, especially the first – the right to congregate peacefully, to ask for a revision of the government and the right to free speech, as well as the right to practice any religion, while no one religion shall be state institutionalized. Any self-respecting American will find it gravely concerning when these right are trampled upon by their leaders who are proven war criminals.

In his last recent message to the world from his cell in Belmarsh Prison in England, Assange asked us all to take his place now. As he is tortured and denied full access to his legal rights, possibly never seeing freedom again, his desire is for us all to become activist journalists and whistleblowers against the war criminals in whatever nation they appear. So I take up the baton that he passes on and I boldly say that I am Julian. And no one can fault me there. But I am also Assange today, and will continue his service to humanity in exposing the Imperialist tyrants that have crushed the most vulnerable and defenceless in their murderous greed and animalistic barbarism for centuries.

I am empowered by the sacrifice of Assange, and there are thousands like me. The martyr will be remembered and his spirit will burn brightly in our eyes and in our chests. You now have a thousand Assanges, a million. And your crimes against humanity will continue to be exposed so that the world sees the Emperors new clothes, see the fake façade of democracy, of civility on your twisted features as you smile while twisting the knife in the backs of your own citizens, and millions of innocent victims in your path of invasion, occupation, settlerism and outright evil.

America is run by the deep state, the same monolith regardless of who is president. The puppet that wears the crown is a puppet still, while the real murderers and torturers who thrive on the blood and pain of their victims continue to flaunt their power. Democracy is long gone from the halls of the Senate, from the houses of Lords and Commons. It is tyranny and despotism that mockingly sits on the throne of the once and future king. But the people have a hero and the people will not be crushed, for as long as one Julian is left alive, the whistle will be blown. So this war against free speech that you wage, while flaunting your war crimes, has just begun and as long as I am alive, I am also Julian, and kill us you may, but we will rise again and return to continue to expose you to the world one crime at a time, whether JA is a deep state plant to control the opposition or not.