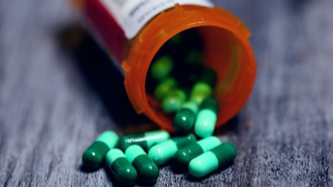 At last, after decades of killing Americans with its products, Johnson and Johnson has been found guilty of helping to fuel the nation’s opioid epidemic. In an historic first, a drug maker has been ordered to pay a fine of over half a billion dollars ($572 million) for their crimes.

The Oklahoma judge labelled the company “greedy”, and that is what basically drives this and many other companies to put profit above people, luring and misdirecting doctors, who become implicated as the drug pushers of these known addictive opium-based drugs. In one of my earlier articles I mentioned this problem of the opioid crisis in the world’s most powerful nation, and now the proof is out.

The tragedy is that this criminal company – one of several in the “Big Pharma” crime ring – will simply appeal the judgement and maybe pay a lesser fine eventually. And to whom do they pay this fine? Not to the families of the deceased, but probably to the state, so the real victims get at best some moral gain, but that’s all. J&J will just carry on with their crimes, making as much money as they can on the deaths of the cannon fodder toward their bottom line. Welcome to the sick society that runs your world.

Doctors are knowingly duped into believing that the opioid medication is not addictive if prescribed to people in pain, so they start prescribing it to people with little chronic ailments like a sore ankle, for example, only to scoop them up into the net of addicted victims, who now need to buy more and more of the killer drug, filling the coffers of the criminal Big Pharma corporation while killing themselves.

Is this the democracy that you enjoy? Is this your first world capitalist idea? What a con. “Oh we like sheep...” Doctors need to be re-educated and big pharma needs to be put in jail. A fine like this will be nothing more than a bump in the road of their balance sheet. Most other companies also implicated over the years have just settled out of court with a little fine and continued with their crimes.

In 2016 alone around 42 000 Americans died from opioid addiction and overdose. And about the same amount of Americans die every year. How can anyone in their right minds enjoy the profits from this kind of business unless they are psychopaths – people with a mental disease that destroys any sign of empathy of conscience. Such sick, mentally diseased people are running your government and your big corporations. And they are posing as the healers that can help you.

Secondly who in their right minds can call this kind of capitalism a healthy model? We are truly ignorant or dumbed down if we can’t see the crimes being committed in the name of profit. The capitalist system has been hijacked by psychopaths. As has your entire nation because your government endorses this kind of behaviour. We are sheep, being led to the slaughter. Capitalism that allows this kind of reality is not healthy. It is sick. It is criminal. 42 000 deaths every year are the results of this kind of system.

And that is just in the opioid epidemic. In another article we can discuss the crimes of “Big Agri” and the pesticides in your food, soil, rivers and oceans that are killing people, animals and the environment at a steady rate year by year. I am disgusted by the state of affairs I see around me on the planet. If this does not disgust you then you are one of the bewildered sheep who will be another victim of the system.

And we the sheep can rise up and from the grass roots level say “enough is enough”. We cannot wait for our governments to save us. They have been bought out by the criminals running big business. It is the community movements, the people on the ground, that have to stand up en masse and take to the streets or the social media platforms, to speak out, create awareness and push for reform.

We have to BDS boycott, divest and sanction these criminal companies. I bet almost all of you have some sort of Johnson & Johnson product in your house somewhere. Well, I for one will no longer be buying any of their products. Just like I BDS Nestle for their crimes of water privatization for profit while countries die of drought. This is just the tip of the iceberg.

We need to become educated as to what is ethical or not and act accordingly. When J&J or their parent company Janssen deliberately and knowingly sell you deadly cocktails from their labs, all the while watching as tens of thousands die annually, and still accept the profits and pay checks for their handy work, then you know they are mentally criminally insane and should be in jail to protect us, the citizens from their sociopathy. It’s obvious. That’s what the law does to a criminal who profits from any death racket or industry. So why are these CEOs being allowed to carry on their crimes?

The reason is greed. The politicians are bought out. One psychopath is working with the other. And they are the ones that already run the world. It has gone past the tipping point. Only a grass roots groundswell of mass uprising and revolution will do, to literally overthrow the corporations, so that they can’t produce poisons to sell to us, while simultaneously paying the politicians through lobby groups and “superpacs” more bribes to look the other way.

This is why we have the multiple arms of power in a state. The judiciary, the government, the law and the press, among other arms, are all their to keep each other in check, so that one does not get too powerful and upset the balance, causing destruction and abuse. Well it has already gone too far, but at least the judiciary is attempting to redress the balance by fining the criminals over half a billion dollars.

The fine is the equivalent of one year of costs to combat the opioid crisis that America now lives with, although apparently it will take 20 years to heal the sickness of the nation. And because the fine was significantly less than what the state of Oklahoma originally wanted to charge, J&J got off lightly. So much so that just after the ruling their share price actually went up by 2% on the “good news” of the lesser fine. How sick is that? And we thought doctors were our guardians in issues of health. Those days are gone. They were duped and implicated in the epidemic itself.

The tragedy of the commons, the disaster that is your health plan, the disease that is our modern society based on corrupted capitalism, is here to stay unless the masses revolt, take to the streets and force the government to make some changes. Voting doesn’t help, especially not in America, where the system is corrupt. Only two candidates? Both different sides of the same evil empire. What a joke. Look at the stats: 42 000 deaths a year. Anyone feel happy about that? Wake up America. You are being killed by your own guardians – the government and the medical and agricultural industry. What are you going to do about it?