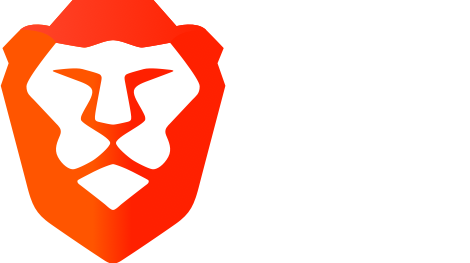 Why Brave Browser's ecosystem is important to the internet economy

Today, media companies throw around lots of anti Big Tech, privacy protection, lawsuit-lawsuit-lawsuit jargon, so naturally, people are looking into how companies manage their data. This is why Apple recently added in IOS 14.5 all this data protection stuff, because it fits with their brand, and people will do anything to make themselves feel protected from the latest problem that the news talks about.

Now, most likely, a large percentage of people will just take the media's word for whatever they say, and delete Reddit, or Facebook, or stop using Google, or whatever makes them feel safe. But for those who actually take a look at the problems faced by online data management, they will begin to realize that even if they delete apps or stop using certain services, there will still be ways that companies will track them. So naturally, some will turn to VPNs, privacy search engines, replacement services for Google, and may even consider crypto as a form of payment. This is where Brave browser comes in. It not only offers privacy, but payment in BAT for virtually nothing, and people love free stuff. This is why BAT has been going up.

Now, before I go into how Brave and all this works, I shall tell a tale of a search engine's rise to power. When the internet was but a child, few companies attempted to catalogue it, and provide a search engine, but this took time and money. So some tried to have banner ads fund whichever search engine they made. It was rather disgusting with the odd bright colors, so when Google offered a free, clean-looking website that offered fast results, everyone jumped right on to it. At first, profits were so low that the founders were tempted to shut it down. Google found that they could save a user's search history, and provide suggestions based on it. Then, Google grew greedy, and utilized its algorithms to raise a data collecting empire, and they sold it to the advertiser who bid the most, who in turn made money with it. Google realized that they could provide services free of charge, and make enough money with data and ads that they could fund more ways of collecting data. They released Google Docs, Google Slides, Google Earth, Google Maps, and slowly the amount of data they collected began to skyrocket. Profits allowed for the funding of huge tracker networks that piggyback on webpages, giving the hosts data on who visits the page, then tracking individual users across the internet(you may have seen the Google Tag Manager cookie on many webpages you visit if you look at that kind of stuff). Other companies rose on a similar style, Facebook, Reddit, and others. This is how all of the privacy violations came to be.

What Brave started out as was not particularly unique in its function. It was a modification of Chromium that blocked trackers and cross-site cookies, and had a built-in ad blocker, which improved performance of downloads. Firefox(which, interestingly, was made by the same person who made Brave) also blocks trackers, and ad blockers are quite easy to get, and tons of different Chromium flavors(is that what you call them) do various functions. What Brave has that makes it different is its advertising service. It stores information about you locally on your computer, so no one can get it, and then third party companies buy discreet ads that come up as notifications, and Brave, using your profile, decides which ads to show to you. In return for your ad viewership, you get paid in BAT, or Basic Attention Token, which recently went up A LOT. You have the option to tip your BAT to verified websites(duckduckgo.com, publish0x.com, and many many others), and even tip to specific users in Reddit and Youtube.

Now, I shall tie these two matters together. Google's ad service used to be a great option for people to spread the word about their business or promotions, but now, Google acts as a middle man, and both the advertiser and the customer get the end of the stick. Brave Browser takes away the middle man, and essentially allows for the money of the advertiser to go to the customer for his viewership in the form of BAT. Currently, the economy of the internet runs on large companies harvesting your data, and selling it to businesses hoping that someone will pay attention to the ad. Brave puts the user in total control of the data(you can even disable the Brave Rewards if you like), and many companies are now turning towards buying advertisement space on Brave(just visit their website, and you can see how many big name companies are advertising, and how effective the ads are compared to normal banner advertising).

What BAT does is removes the problem of companies selling you and your lifestyle as a product, rather than you selling your attention.

Personally, I think people will hop right onto the bandwagon, for the sake of privacy and virtually passive income(OOH, the magic words), and Brave will become very widely known. Already some companies are endorsing its speed(Epic Games has a download in their store and recommend it for online gaming), and other companies are integrating BAT tipping(Reddit, Youtube).

If you think I misrepresented or was wrong about something, tell me in the comments, and I will check it.

As always, I would appreciate a tip above 25%! Thank you for your time!

I love to program in many languages, and am currently dabbling in setting up cryptominers.