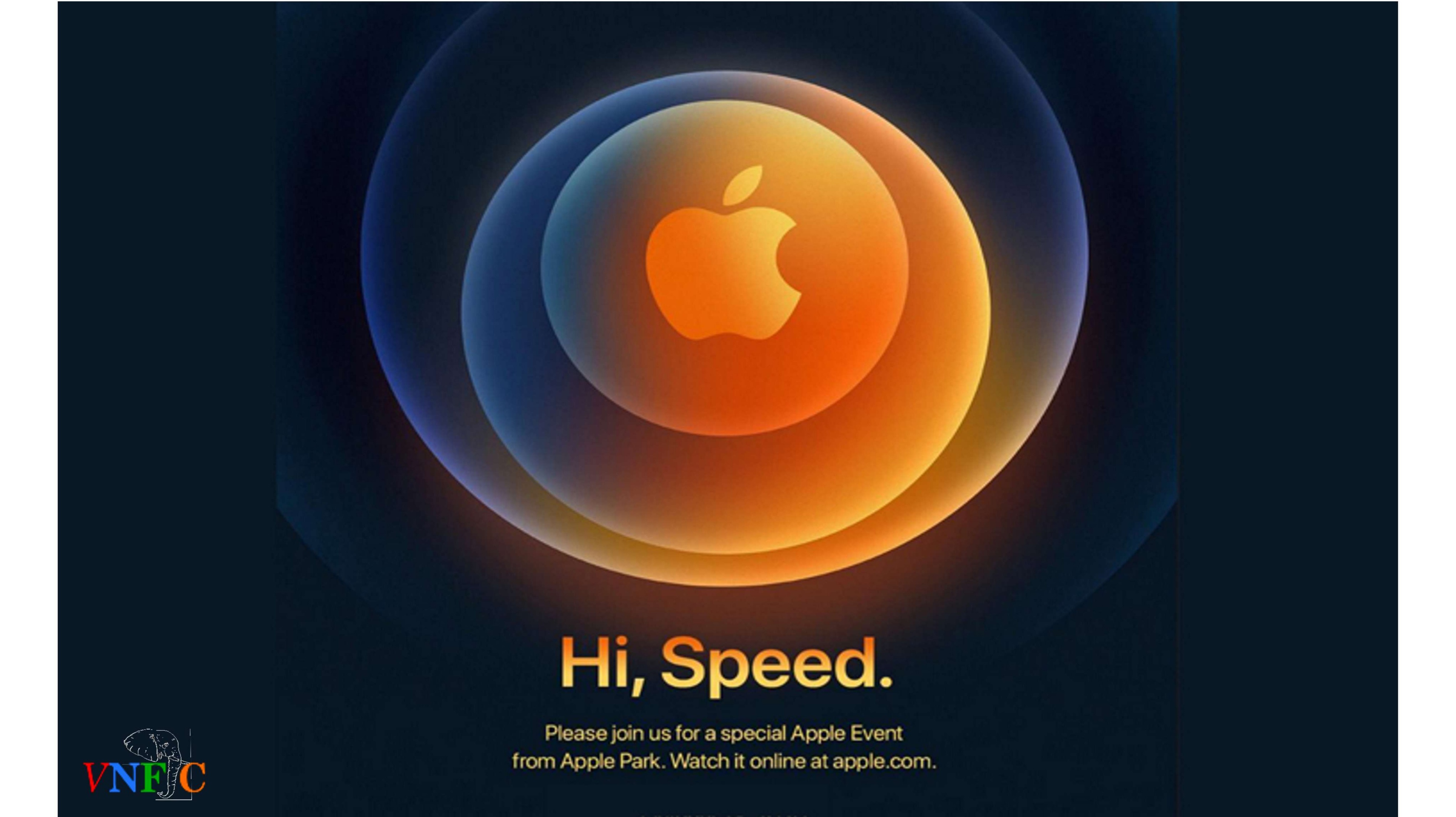 The iPhone 12 is officially unveiled - facts and dates

The first important thing is the  5G ready feature for all these models, so we will have fast-downloads and browsing speeds. 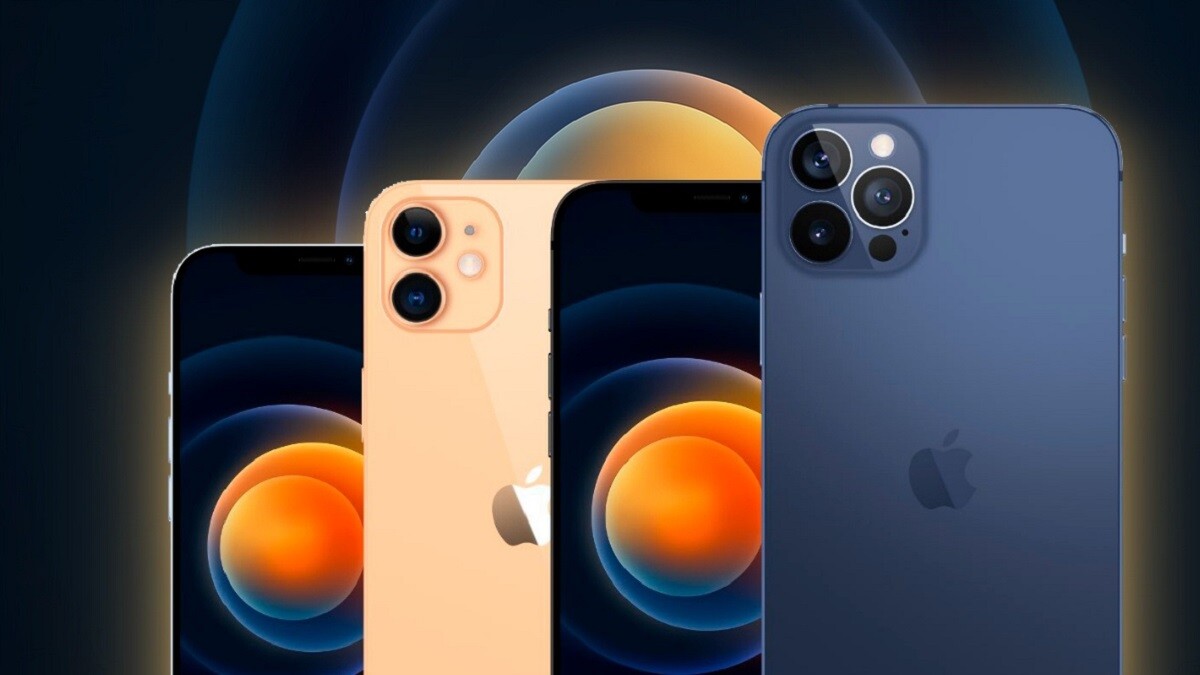 Below is the key facts announced:

23 of October. Preorders are available from 16th October. (iPhone mini could be preordered since 6 November and bought from 13 November)

The main version is coming with a 6.1-inch display size, but the mini version has 5.4 inches.

There are five: black, white, red, green and blue (I hope will look better in reality, because I don't like these faded nuances). 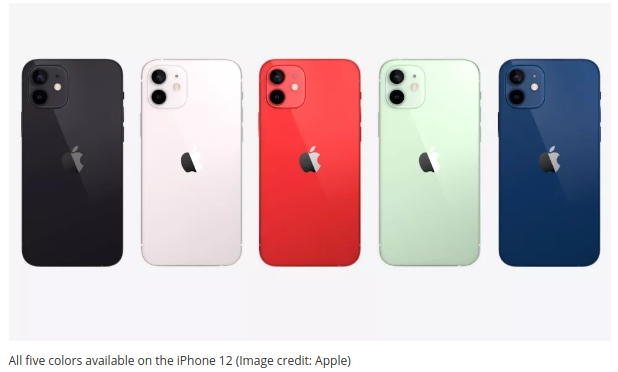 Look what they say about the new glass used: The rear of the phone is made of glass, but Apple was keen to make it clear that this phone is tougher than previous iPhones. It's using a new technology on the front called Ceramic Shield, which it says will ensure your screen is a lot more durable.

So, the iPhone Prom Max weight is almost double versus iPhone mini. Interesting to see them one near the other.

We have below a statement from Apple. It needs to be confirmed by the market. However, if there would be even tiny slower than the competitor's one, the whole Apple ecosystem will help it to be the most performant.

The iPhone 12 is powered by the A14 Bionic chipset – that's a chipset we've already seen confirmed for the iPad Air 4, and it's the world's first 5nm chipset. Apple says it'll be almost 40% more powerful than the A13 chipset in iPhone 11 range.

Apple is calling this the "fastest chip ever in a smartphone". That's a big claim, and it's one that we'll be sure to test when we get the iPhone 12 in for review. 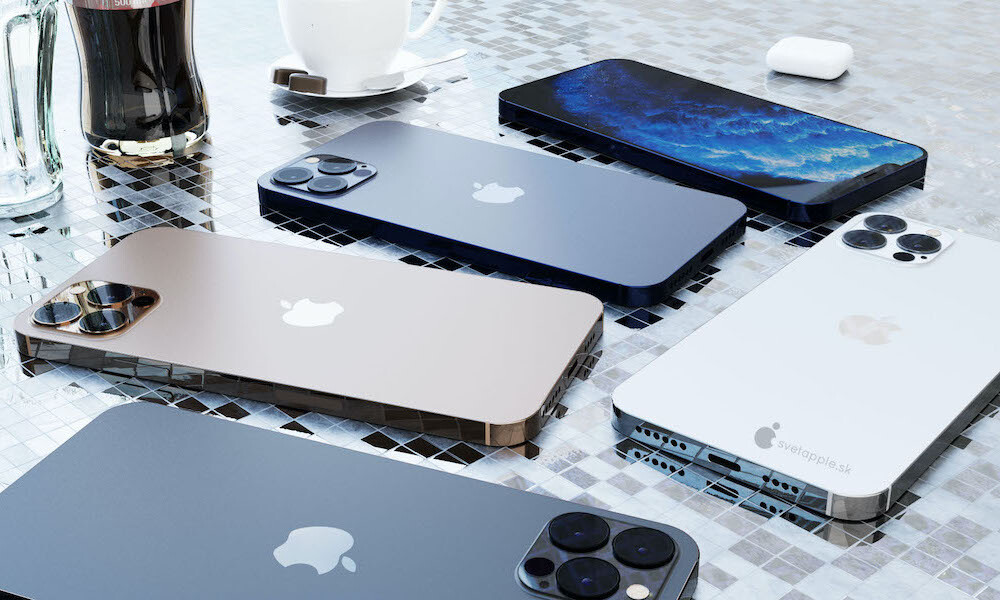 The iPhone 12 and iPhone 12 mini both have a dual-lens rear camera, with a 12MP f/1.6 main sensor and a 12MP f/2.4 ultra-wide one, offering a 120-degree field of view. They also sport optical image stabilization (OIS) on the main lens.

The iPhone 12 Pro and iPhone 12 Pro Max though have a triple-lens camera, with the same two lenses as above, joined by a telephoto.

These two models also have a LiDAR (Light Detection and Ranging) scanner, for improved augmented reality and low light performance. 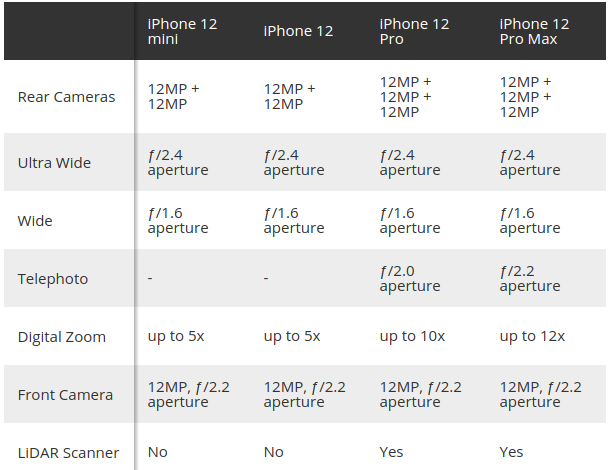 My conclusion is: if you are not a photography geek, you can choose the Iphone mini or the main version.

There a big promises here. What we know for sure now is that we have a wireless charge and a fast charge option to have the phone from 0 to 50% in half an hour, but we need to get an extra 20W charger.

The big improvement is called MagSafe, which is essentially a magnet within the phone that allows you to attach a wireless charging pad to the device.

Why would it do that? It's to make sure your phone doesn't slip off of said charger and stop charging when you're using it.

Apple says it'll be creating its own accessories, but we can also expect to see new products from third-party manufacturers, with the company confirming that Belkin is working on accessories already.

Apple wants the box package to be slimmer (and I think to get more money also) and doesn't includes in it the charging brick and the earpads, so you'll have to buy it separately. It only has an USB C to Lightning cable and the documentation brochure.

- faster - increased shock resistance - 5G - improved cameras (for Pro versions - one more and LIDAR), - better charging mode - no crypto features until now. Apple is still keeping away from it. I wonder until when?