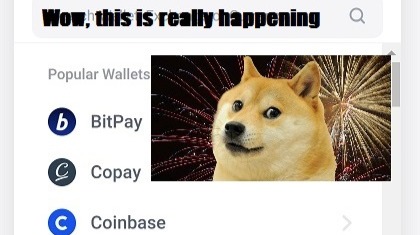 Dogecoin does have a real use case

Contrary to what every non-believer will tell you, DOGE is awesome.

I heard that the Mavericks were accepting dogecoin, so I had to validate it on their online shop before I reported to you: 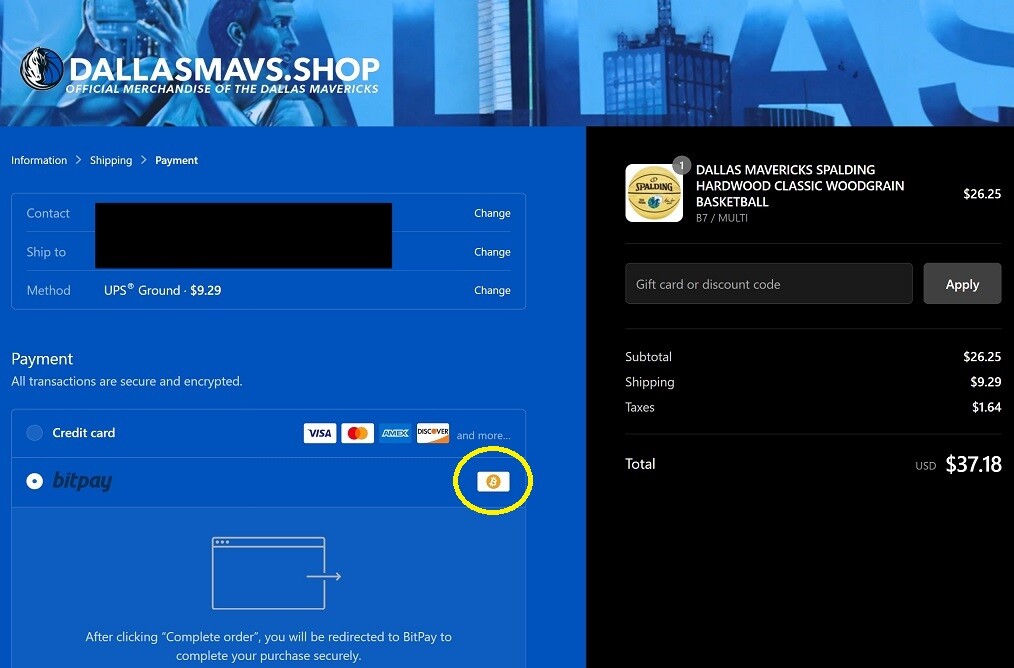 The lone symbol circled in yellow might suggest that bitcoin is the only accepted currency. If you move on, you are shown the bitpay list:

I don't really need a basketball right now since improving my basketball game is pretty far down the to-do list, but I do see that bitpay can connect to pretty much any wallet that you have. The standard currency fare, which includes DOGE, is shown below the list of wallets and exchanges. Notably absent from the symbols at the bottom of the bitpay widget thing are LTC and DASH. That's a little weird, especially since doge is kind of like litecoin's little brother. The two legacy currencies are not accepted by bitpay as of April 16th, 2021 (1). Hopefully that will change soon.

Additionally, you can liquidity mine with DOGE in Cake DeFi. The DOGE-DFI pair is getting 48.22% APY at the time of writing. Lol, yes, that service is still around and going strong. I've seen mines on the BSC recently, too.

Either way, this is the beginning, my friends. I am kind of proud of this moment in a not-so-humble way.

I hope the price of DOGE goes back under my buy order, too, but what if it doesn't?

Sports merchandise isn't even my thing, but it is a lot of peoples' thing, and that basketball in my cart is literally a ball, if not ballin.

At times I would say that $37.18 is too expensive for a basketball, but it's delivered to your house, too, and I spent almost twice that on an eighth of weed as a teenager. Plus, it's probably a nice basketball if it's an official thing. If not, then I would be disappointed.

Then again, one official Nintendo Switch controller [pair] costs more than $70 now, and from what I've heard, the quality is not as good as I used to expect from Nintendo. Mine haven't had any problems yet, but that could be because I got it less than a year ago and use the wired controller whenever I do play with it. The wired controller was only $20, and it's not emitting microwaves, so definitely worth the minor inconvenience of not being wireless. It's official merchandise, but it doesn't vibrate. I would pay ten more dollars for that.

Geez, these days I only spend more than $70 on a digital coin like Blizzard or Swamp. Blizzard.MONEY is (frozen) solid, and swamp.finance looks like it can compete with the likes of Auto and Beefy if it's going to stay in the game instead of back out like a cowardly Viking. Plus, Swamp uses Blizzard to get like 1.5% a day in a compounding vault. There are a lot of options now. Lol I wish I had more money, I guess.

Anyway, I also heard Aardvark.finance and Alchemistdefi.com might team up.

Not financial advice, you know.

$70 USD is reasonable for a piece of high technology, I think.

And the length of the captchas on WAX kind of make a couple of dollars an hour in TLM reasonable pay for programming Google's computers. I noticed that Brave also stopped Alien Worlds from trying to track my gestures with the camera. Hmm... I think WE'RE the ones being mined, guys 😂

The Google computers STILL think that mailboxes might be parking meters and the bumps on the side of the highway to keep you awake might be crosswalks, so clearly there is still work to be done. 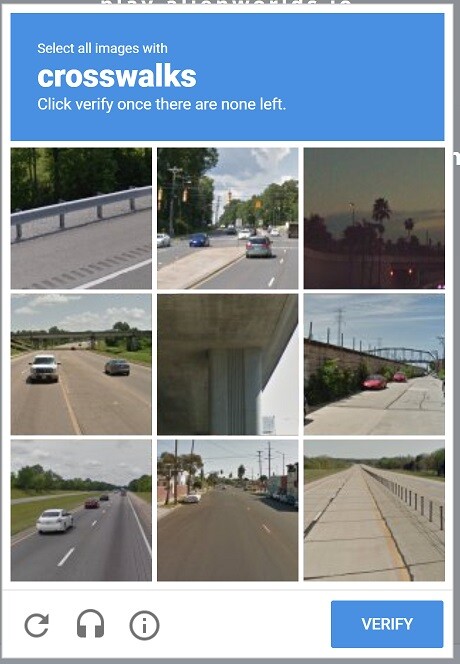 As if the gods of disorder compelled me, I clicked on the upper left picture right after I took that screenshot, and the captcha had timed out anyway. Oops. Darn WAX chain (it's been buggy and slow these days due to a very high load).

Lol, but yeah, at least the pay is decent, especially if I'm going to mess up occasionally.

Deciding what is enough is the challenge.