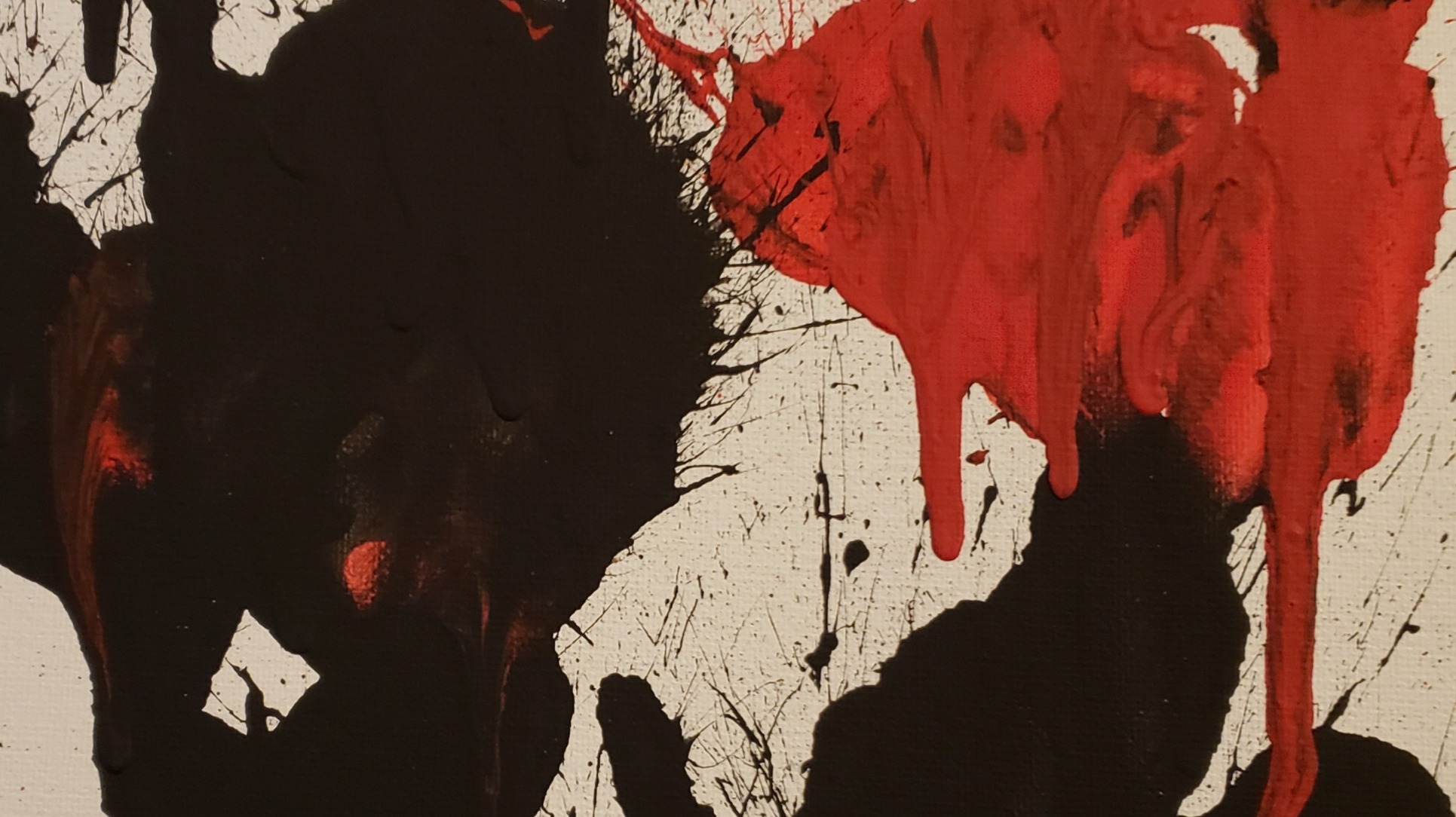 Dynamic Projections of the Mind

Immediately surrounded by confused elders scouring the lot for their stationary cars.
I had been to this old brick installation before.
Before there were aging prospects convincing themselves they are cultured and understand.
They don't understand though, because they don't know that they won't or that it's acceptable, yet here they were spewing nonsense about how this red line demonstrates politics or this ocean is a representation for something completely irrelevant.

Inside the age difference drastically shrunk, with the younger versions of those elders outside fumbling over their projections of the world unto the world.

I found myself staring at a young lady, and proceeded to ask for a Mocha.
"A mocha what?" She replied and at that moment I questioned everything in existence. Did I just speak words? Were they put into a reasonable arrangement audibly legible enough for another human to determine my desire? Did I say anything at all or was she attempting to read my thoughts. Confused by the way things were written on a chalkboard, I am sure this time I said "coffee with a Mocha shot", but still this being was unsure of my speech. I quickly thought about the noun, verb, and overall clause and determined I was right. I was correct. I wanted coffee.
She then asked for three of my American dollars, in exchange for a mocha cappuccino.
Same difference.

From there an open tower caught my eye and I began to wander through poorly stained waterways on various types of things poorly stained waterways would be on.
I followed the blurry, unclear and mediocre into a dark place where I became trapped in a never ending set a stairs; going down. Then back up.
Down slow this time and I turn my back to put a face to the incessant gumming behind me. The sound of repeated wet flaunting during a moment of silence.
I expected a woman in her early twenties with some sort of shawl yet was taken aback to find a balding old man in a yellow and green windbreaker with globes for eyes.
I turned back and was at the top of the stairs again and decided this needed to stop. I won't let this creator determine my own path. It's my life and mocha cappuccino and mocha coffee are not the same; nor will I project myself into the world for the world by the world. I write my own path, unlike the gumming gentleman now grunting in discomfort for he too was in those stairs; I however, left and I will never return to that purgatory where the gumming man and younger versions of the old reside putting poorly stained waterways on things that poorly stained waterways are put on. This land has been taken over, and they deserve all of it.

Take a ride with me.

This is a personal blog. Will be posting about various topics, feelings and probably some school essays.