ADA, the native cryptocurrency of Cardano blockchain, is trading above $1.20 now. On 27th Feb 2021, ADA reached its all-time peak of $1.48. With a $40B+ market capitalization, ADA has flipped DOT, BNB and USDT and it is the third-largest cryptocurrency at present. Just one year back, ADA was trading below $0.05, so the growth has been really exponential.

The developmental work of Cardano started in 2015 by Charles Hoskinson, a co-founder of Ethereum. Charles left Ethereum after a dispute over keeping Ethereum non-profit and founded a company called IOHK, dedicated to Cardano. The blockchain was launched in 2017 with big buzz and reached the market cap of $10B by the end of 2017. Cardano was one of the first successful big blockchain projects to implement a proof-of-stake consensus mechanism. The project is a third-generation blockchain if we consider Bitcoin and Ethereum as the first and second-generation blockchains.

Ethereum has a scalability issue and the arbitrary gas fee is a big problem. Many popular DAPPs are moving away from Ethereum or exploring multi-chain options. Binance Smart Chain and Polkadot reaped good benefits from the situation but Cardano’s success is really astonishing considering that there is no popular DAPP running on this blockchain. Dubai based FD7 Ventures, a global crypto investment fund with $1B assets under management, announced recently that they would be selling $750M worth of their Bitcoin holdings over the next 30 days to increase their ADA and DOT positions. FD7 is supposed to complete its asset conversion by mid-to-end March. The news definitely worked in favour of ADA and it got pumped heavily. Grayscale Investments, the world’s largest digital currency asset manager, also announced that it was considering ADA for potential new product offerings.

‘Mary update’ of Cardano protocol will be activated in the first week of March 2021. The update will bring support for multiple assets. There are five eras in the Cardano development roadmap: Byron, Shelley, Goguen, Basho and Voltaire. This is the most significant update of the Goguen period of Cardano development. The Goguen era mainly focuses on enabling the development of DAPPs. The proposed update will incorporate a multi-currency ledger and the users will be able to develop their own tokens through the token builder function. Mary update will be implemented through a hard fork. The update also means that the Goguen era has matured. It is important to note that the Goguen era is aimed to make Cardano accessible to wider audiences via Marlowe, a high-level and domain-specific language (DSL) for financial contracts built on Plutus, allowing a layman with no previous technical knowledge to create smart contracts.

Tokenization on Cardano will finally happen. The new tokens can be fungible or non-fungible tokens. There will be easier integration of DAPPs involving multiple currencies. With the recent developments, DeFi activity may blossom on Cardano very soon. Cardano has a TPS of 257 against Ethereum’s 15-20 TPS. Hydra is a proposed second layer solution of Cardano and the whitepaper was released in 2020.  With help of Hydra, Cardano can be theoretically able to scale up to 1 million TPS and the finality of transactions will be very fast. On paper, Cardano looks strong enough.

Cardano is really an ambitious project. The team wants to make Cardano the alternative of fiat money and also wants to make it the preferred blockchain for developing applications. IOHK recently announced plans to bring the Glow programming language to Cardano blockchain. Glow will be launched initially on Cardano’s Ethereum Virtual Machine (EVM) developer network (devnet). The smart contract codes, written in Solidity (used in Ethereum), are already being deployed on Cardano for testing. The developers should be happy to use another option now. EVM compatible Glow can make the coding job easier and faster. Cardano’s main problem is its slow development speed and absence of a good developer ecosystem. The ‘Ethereum killer’ project has finally surpassed Ethereum as per transaction volumes very recently. Surpassing the transaction volume or transaction count of Ethereum has become a new performance metric to create hype nowadays but it is not clear who is using ADA to move such huge funds. Cardano definitely has potential but it needs to deliver a long list of promises first. The incredible price surge must be supported by the applications. 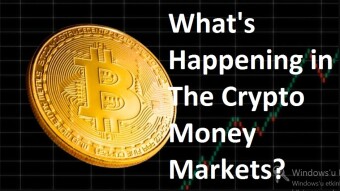 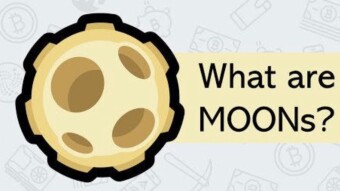