This Chainlink competitor is also having a bull run
#BinanceFARMer Contest - $1,000 in iFARM Rewards! > ENTER HERE < and don't forget to Guess AMPL Rebase ($200 in AMPL Prizes)! 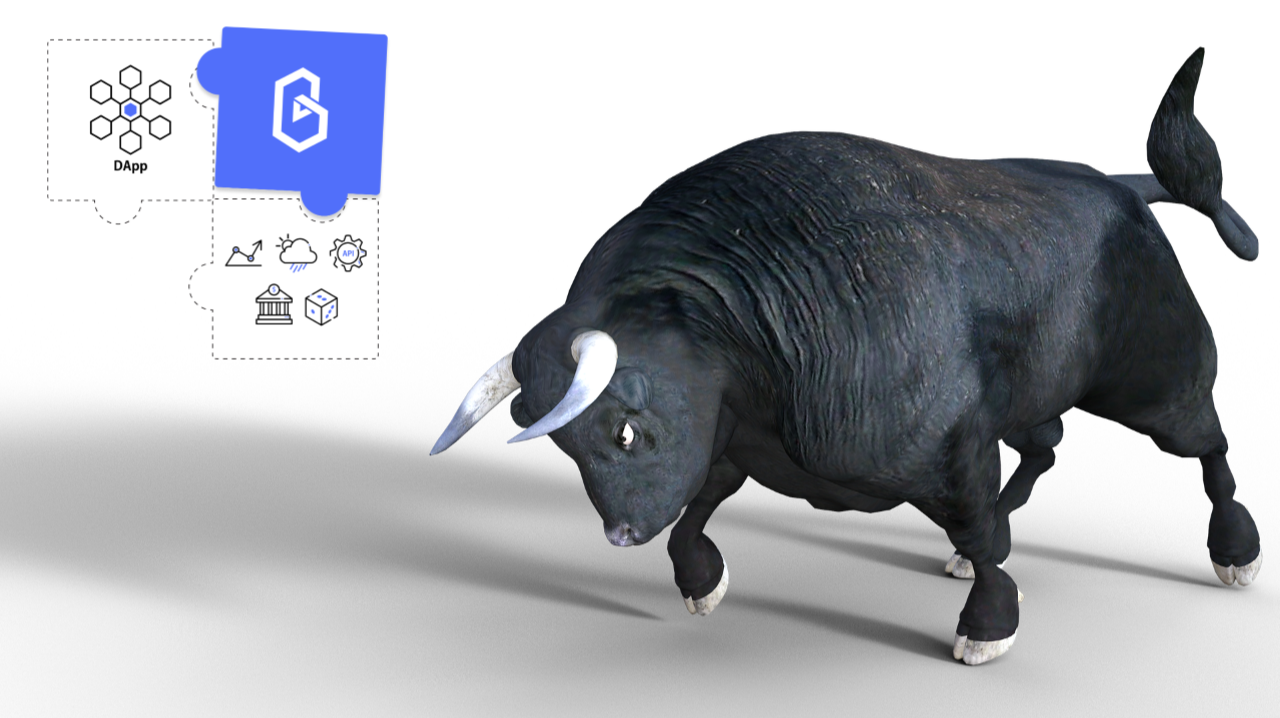 This Chainlink competitor is also having a bull run

“It's not a coincidence that the growth of DeFi coincides with a growing abundance of high-quality oracles,” - Chainlink founder Sergey Nazarov

Over 3 Billion USD value is locked in DeFi or decentralized finance today. The yield farmers are rocking the market with 1000-2000% growth of their investment. Majority of the DeFi activity is taking place on the Ethereum blockchain and even Bitcoin has arrived as Ethereum wrapped token in DeFi. DeFi is a happening field. New financial tools, bots and novel protocols are being built in the DeFi segment every day. DeFi activity and volume is surging with rocket speed. It is attractive because there is no centralized authority involved. There is no need of trust in a trustless system. Everything is transparent and publicly viewable on the blockchain. Legacy traditional finance can never achieve such level of transparency.

DeFi is addressing the problems of legacy financial system but while solving, DeFi also brings a lot of complexities. There is ocean of data in DeFi and huge data is externally sourced. There comes the need of decentralized oracles. Blockchain Oracle is the buzzword nowadays. In cryptography, an oracle is a service to complete specified jobs. In DeFi, various price feeds are required continuously from external sources to determine specified DeFi activities. Chainlink is the market leader in the blockchain oracle field and maximum DeFi protocols are using Chainlink nowadays. Chainlink’s recent price movement is also in sync with its adoption rate. But as the DeFi industry grows, the segment can accommodate many more players. There is also a need of using multiple oracles for dispute resolution or prevent oracle failure situation. Band Protocol is one such project which has emerged as a competitor of Chainlink.

What is Band Protocol?

Band Protocol is a blockchain project backed by Sequoia Capital and Binance. Band Protocol was initially launched on the Ethereum blockchain in September 2019. The project raised approximate $10.5 MM via private token sales and the Binance Launchpad Sale. Band Protocol offers a decentralized data oracle by making data readily available to be queried on-chain. It is a cross-chain data oracle network that aggregates and connects external data and APIs to smart contracts. The protocol allows to build smart contract applications such as DeFi, prediction markets and games on-chain. It eliminates the risk of relying on the single point of failure of a centralized oracle system. Developers can create a customized oracle script on BandChain which specifies data sources and allows APIs to connect to it. The creation of the scripts are totally permissionless. Bandchain supports quick iterations and extensive support for any type of external data. Band Protocol’s applications isn’t limited to DeFi. It can provide information like sports results, insurance data, and random number generation to various DAPPs. Bandchain is designed to work with multiple blockchains. Yes, it sounds good. Chain agnostic oracle! Earlier Band Protocol did partnership with Waves, staking app Frontier, gaming platform BetProtocol, and cross-chain interoperability project Gravity Hub. South Korea’s leading blockchain network ICON announced a partnership with Band Protocol very recently. ICON system was using only Chainlink previously and Band is addition to that now. The project gained a lot of momentum due to all these reasons.

The project uses Delegated Proof-of-Stake (DPoS). The project has 48 active validator nodes that are geographically diversified. BAND is the native token of the blockchain.

Band Protocol got a dream run in last 30 days. One month back its price was hovering in the range of $1.10 - $1.15. Today the price is in the range of $4.2 - $4.3. Band has grown 276%+ from its one month back position. It also reached its all-time high position of 5.13$ on 20th July, 2020. This month has been a happening month for Band Protocol. Binance is the most active exchange of BAND. This huge price movement mainly happened due to recent tie ups of the project and staking launch. BAND staking APY is really attractive and once you stake, it takes 21 days for unbonding BAND. As almost 80% of eligible supply is staked, availability of liquid BAND is very less in the market. Maximum supply of BAND is 100,000,000 and only 20% of that is in circulation. There is a clear supply-demand gap in the case of BAND. Now more and more BAND is getting released into circulation from the staking. It’ll be interesting to see the price movement. BAND is ranked 92 in the Coinmarketcap at present. It entered top 100 elite club in this month only. Band Protocol looks promising. It has a feature called ‘instant finality’, which is a feature of the Cosmos Network and it eliminates the need to wait for generation of multiple blocks to confirm a transaction. This makes Band Protocol very different from Chainlink. The project is still under heavy duty development. A few prominent exchange listings can again push the BAND price but the project needs more solid tie-ups and applications. You can watch Band Protocol closely.

Note: BAND staking is not supported by all wallets. BAND can be staked in desktop or mobile wallet version of Atomic Wallet. You can download Atomic Wallet here.