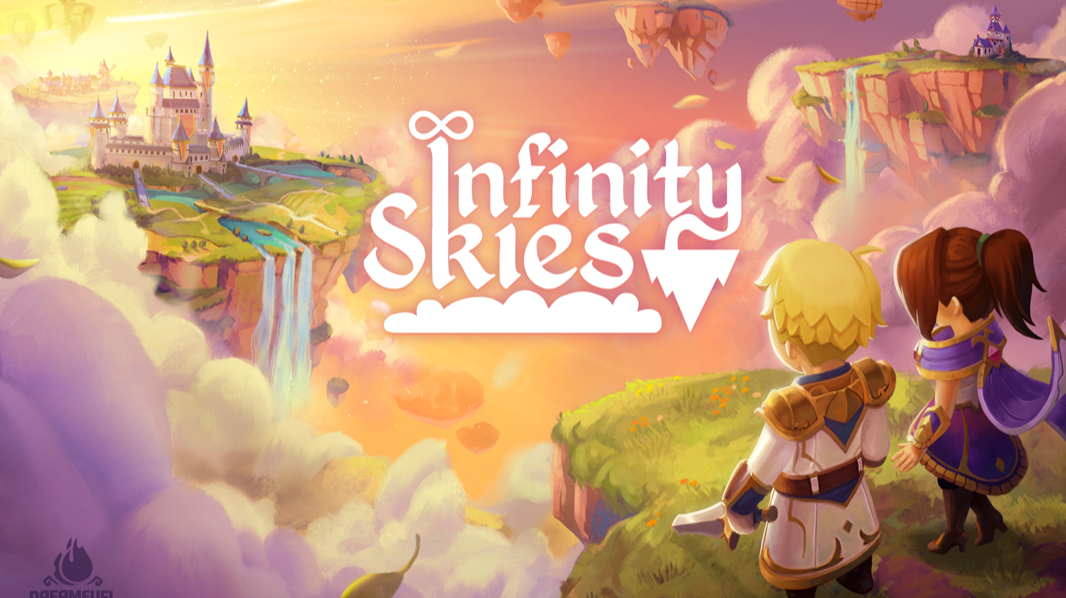 GameFi is one of the hottest trends of the crypto world now. The name basically combines DeFi or decentralized finance and blockchain games. Blockchain technology has delivered various innovations in fintech but it has brought one of the biggest transformations in the gaming industry by the ‘play-to-earn’ model. The gamification of the game economy in a trustless manner makes the game very interesting and it also gives you the opportunity to earn while you play. The blockchain gaming sector propelled by the ‘play to earn’ model is really growing exponentially and the users are becoming increasingly engaged. Some months back, Dreamfuel Games announced a new free-to-play game called Infinity Skies. The demo version of the game was launched a few days ago.

The Sandbox genre of the games is very popular due to its ability to provide great a degree of creativity to interact with the game. The players do not have pre-determined goals here in contrast to the progression style games. The players roam in the virtual world, create unique environments, rules and crafts. Infinity Skies is a game of the Sandbox genre and it revolves around building your own beautiful castle on an island in the sky. You need to build the castle from scratch. Your creative mind will get new wings to glide in the world of Infinity Skies. You will be able to build whatever you imagine. Thousands of NFTs are obtainable in the game and these give you infinite creative freedom. All building blocks, furniture, decorative items are tradeable as NFTs in the gameplay that has four core elements - Build, Adventure, Socialize and Trade!

The incentive for the players

The players can set their own short term and long-term goals. The long-term goals give you incentives to work hard. When you build your prestigious castle, your goal is to earn votes from the community so that you can attain a higher social status. The achievements are unlocked as NFTs. The more you work, you gain rarer NFTs. The players can go for adventure mode in the game. Your journey from one castle to another gives you a game within the game experience. The floating islands act as the hubs of the metaverse. The time you spent in the game has a cost. Your earned NFTs have economic value in the game. You can do p2p trading in Infinity DEX which is driven by a Master Orderbook Ledger System. The NFTs of many blockchain games lose their value due to abundance along with the progress of the game. All NFTs of Infinity Skies have upgrade paths and the players can create rarer NFTs by burning their assets (ex- 2 common NFTs burn to create 1 uncommon NFT). The players also earn Gold, Silver and Bronze Fragment tokens while enjoying the game adventures. These Fragment tokens are used to summon crystals. Gold summoning crystals (an NFT) can be fused from Gold Fragment tokens.

Skyblock, an ERC20 token, is the native currency of Infinity Skies. It is used for all transactions in the game economy including the p2p NFT marketplace. The game runs on Polygon that has near-zero transaction fees. The token has a recycle feature of 5% on each transaction. Recycling is not burning! The recycling mechanism has been designed to provide benefits to the community. The recycling happens like this: 3% goes to Play-to-Earn stash, 1.5% goes to Claim Pool and 0.5% goes to the Development Team to support further development of the game. The Play-to-Earn stash is emptied weekly and the whole amount gets distributed to the active players of the game. The players need to perform certain tasks to be eligible for the distribution. The Claim Pool basically helps in distributing the tax. All Skyblock token holders can claim their share from the pool as per their token share of Skyblock supply. The max supply of Skyblock (ISKY) is 100,000,000 and the tokens have a predetermined vesting schedule. The token is listed on Coinmaketcap and currently trading on Quickswap and Gate.io. Providing Skyblock liquidity on DEXs is going to be attractive for the investors as they will be able to stake the LP tokens on Infinity Skies website and earn Quicksilver Fragments.

Diving into the gameplay

Every player owns a section of sky in the game where they can build the castle. There is a world map consisting of four rings of four different rarities in the game - Astral, Divine, Legendary and Epic. The inner rings are rarer. The coordinates of the rings are owned through Sky-plot NFTs. The Sky-plot NFTs refer to the positions on the world map which the players can own and they also facilitate the identification of the plots in the world map by other players. The players need to place islands in the sky. The islands have the same size but different variations and these are tradeable assets. Once the island is placed in the sky; the players need to build the castle. Walls, doors, windows and objects need to be placed properly to build the castle. There is no point in creating an isolated island. Right? A portal exists for every player that acts as the gateway to the world map. The players can socialize with each other using it and visit castles of each other. Imagine visiting a fellow player’s castle and inviting him to play chess with you. Infinity Sky is bringing such interactive mini-games within the main game. The visitors of the castle also give prestige points to the owner of the castle depending on the standard of the building, maintenance and facilities. These prestige points help the players to ladder up the social ranking system. The castles can be toggled into the private mode to offer privacy to the hosts. A private castle can be visited by other players only if they are invited by the host. The game is social in nature but a society consists of good and bad characters. Controlling the social aspect of the castle is important for that reason. The host has the ability to mute, kick or blacklist visitors in the game. Every month end, the castle rankings are published and rewards are distributed. The top three ranked players of the last month become kings for the consecutive month. What is the utility of being crowned as a king? The kings are the rulers, so they get a 0.33% tax (1% for all kings combined) on NFT trades made during the month. The kings also win royal NFTs. It is a good deal to get the king’s crown in Infinity Sky!

Infinity Skies is creating the video game of the future using blockchain technology. The distributed verification of player actions, amazing graphics, the innovative game economy can make it the ultimate DeGame (Decentralized Game). Every character and asset are going to be owned by the players. The scope of integration with the external DeFi platforms will open up enormous possibilities. The Sandbox nature of the game is unique in the play-to-earn blockchain games landscape and the players should be enticed to explore with creativity. The social nature of the game can play a very important role in its success. Social get-togethers and parties can fulfil various collaborative objectives of the gamers. The play-to-earn model of the game is bound to bring a lot of users and their collaborations can create a lot of new stories. Infinity Skies is almost ready to rock the gaming world with thrill, drama, game theory and unique socializing opportunities.