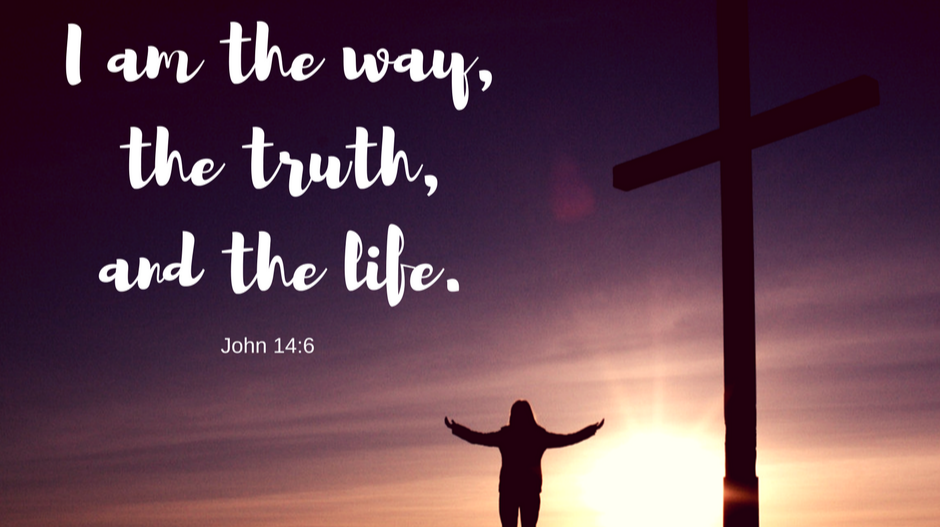 "Your Truth" Is A Lie

I believed in Santa Claus for over 30 years.  In spite of this belief, not one time did a guy named Santa Claus actually climb down the chimney to deliver me presents.  My faith was true, but the object of my faith was not.  It was a hard awakening, in my early 30s, when I realized Santa Claus wasn't real.  But in the end, after acceptance had been achieved, the world made a lot more sense.

People today like to talk about "their truth."  Look for "your truth," they will say.  This is "my truth," etc.

Of course, it's possible you are a douchebag.  But should the fact of whether or not you're a douchebag rely on my belief?  Shouldn't you have at least something to do with it, independent of my belief?

People like to think they're too smart for "organized religion," and of course they should be.  If they're too smart to organize their religion, they should also be smart enough to realize the degree to which they've disorganized it.  Man is a religious creature, after all, and will make something the object of his worship.  Usually, whatever's in his wallet, or his pants.  Maybe they'll worship their disorganization of the English language to the point that they'll need to say that their god is in "their" pants, instead of "his" pants, pretending that by changing a word they're including everybody, as though they weren't already included.

Of course, they're all included.  Men, women, and every fantastical variation on the theme they wish to indulge in are all included.  There are no exemptions.  You have never been exempted from moral culpability by what you sanctimoniously (religiously) perceive as "sexism" in a language device.  If you want to include yourself on the chopping block, don't worry.  You've never not been on it.

The mirage they've constructed around language is so nebulous, so intangible, so wavy and far away, that they've made it difficult for even themselves to see,

But when people talk about "their truth," what they're really saying is, "their faith," or "their belief."

"My truth" is a euphemism for "my belief."  They are attempting to impose veracity upon their faith and belief by using the word "truth," which is supposed to intimidate people into accepting their dogmatic idolatry as truth, as they have.  This veracity may or may not actually be there (generally, it is not), but the important thing is that they've intimidated people into not looking any deeper into the possibility that their religious faith is based in lies.

They don't want you to do it, because they don't want to do it themselves.  It's the opposite of strength, and has no relation whatsoever to intellectual objectivity.

It's idolatry because the important thing in this religious belief is that the truth is "mine."  The fact that it's "mine" is what's important, not whether or not it's actually true.  "I" have therefore placed myself on a pedestal above what may or may not ever be true again, and as a result have not only opened myself up to, but in fact welcomed with open arms, deception and deceit into my heart, spirit, and soul.

When I say you should be too smart for "organized religion," it's because Jesus Christ made religion obsolete 2,000 years ago.  It is no longer necessary to talk to the high priest, or any kind of middle man at all, to communicate directly with God.  All you have to do is accept the atoning sacrifice of Christ on the cross, and you're there.  The word "re-ligion" actually means "re-binding to the law."  As the word privi-lege means "private law," so re-ligion means "re-bound to the law."  So, since the law is no longer necessary, and Christ has opened to us the possibility of instant atonement by grace through faith, we no longer need to cart stone tablets around in the desert, or talk to the greedy control freak in the weird hat whose "truth" might include the faux-divine right to steal our money and rape our children, or offer animal sacrifices to cleanse us of our sins (animals were suitable for this sad, unfortunate purpose because they're free of sin, evidenced by the lack of religion and ritualistic activities in all of them).  Most people are, indeed, too smart for that.  But are they humble enough to consider the possibility that Christ took care of the problem once and for all?

As He Himself stated as He died on the cross, "it is finished!"

Of course, you don't have to believe it.  You can reject the free gift, and engage in any religious belief you choose, including the one that says you have no sin.

But when Christ said, "it is finished,"

It's either true, or it is not.