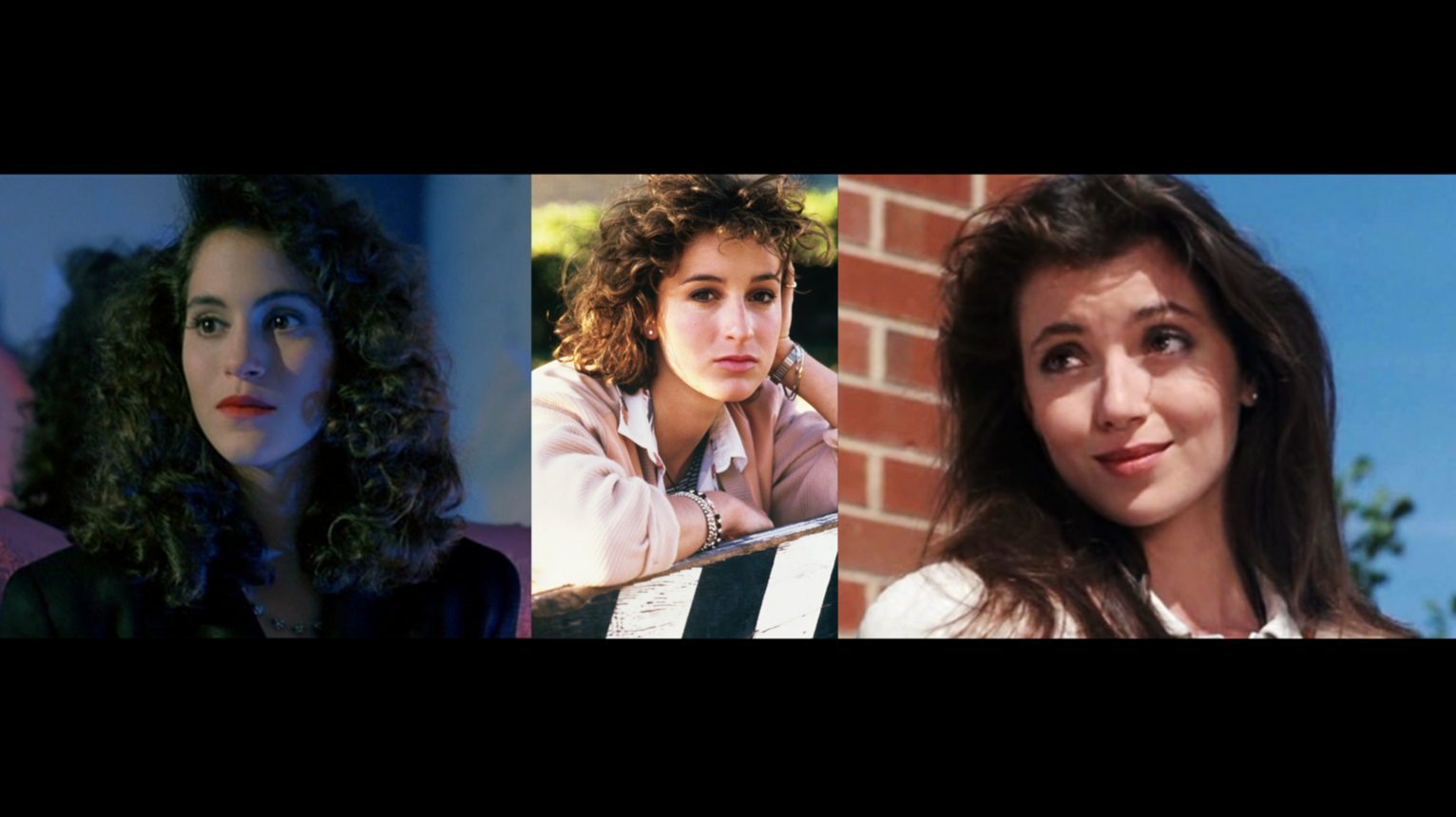 I recently watched Less Than Zero for the first time in decades.  Supposedly, Bret Easton Ellis wasn't in love with the film when it came out, but I think it's a classic.  One of those perfectly-cast snapshots of the time in which it was made that somehow also manages to become timeless.  I'm not going to talk about it, but if you haven't seen it, go out of your way and watch it as soon as you get a chance.  It doesn't waste any time, and establishes its characters before the opening credits are finished.  The story is great, the characters are great, and the acting is great.  It's entirely unself-conscious and has a heart, unlike much of what passes for screen-based entertainment today.  It's a classic.

Watching it made me want to write a blog celebrating my 3 favorite actresses from the 80's.  I don't expect this blog to be any deeper than a fireworks show.  There is surely a book somewhere that delves into the finer points of Jami Gertz's character in Less Than Zero.  Perhaps the novel Less Than Zero; I've never read it so can't be sure.  This isn't going to be that book.  Sometimes it's best to just clap and shout "hooray" and leave it at that.

Some people are perfect for a role because it suits their nature, and the character they're playing is in some ways just an extension of themselves.  This may or may not apply to the actresses and films I'm going to list below.  I don't know.  The reasons I'm choosing the actresses I'm choosing is because they add a classic beauty to the films I'm going to mention.  They personify everything that was beautiful, carefree, fun, and maybe even patriotic about the 80's.  Scarlett Johansson is beautiful, and a talented actress, but in my opinion these girls kick her face-first into the dust behind the bottle of whiskey that never gets opened, the worst one on the shelf.  Like Nancy Olson in Sunset Blvd., these are classic girls in classic films, whose beauty is perhaps one of the reasons the films are timeless.

Endlessly watchable, Jami Gertz is marriage material all the way.  One of those girls who would effortlessly make you step up your game when she walked in the room.  Some girls make you want to be more of a man.  Jami Gertz in Less Than Zero is one of those girls.  She's also great in The Lost Boys.  Another classic, if not as timeless.  I include it on my desert-island 80's movies list probably entirely because of the two Coreys and Jami Gertz.  There's a cool early role for Bill from Bill & Ted fame, and it's a good movie with one of my all-time favorite closing lines, and it might have made the list anyway, but who doesn't want to take Jami Gertz on a date and make her laugh?  Not not me, that's for sure.

According to Imdb, she's been married to the same guy since 1989.  That's what I'm talking about.  Score, dude.

After Jami Gertz loses track of you in an endless sea of suitors, you can always move on to Jennifer Grey, who is tied for first for different reasons.  Her character in Red Dawn is exactly the kind of chick you'd want by your side to engage in guerilla warfare against invading communists, a zombie horde, a bunch of rainbow-dildo'd drag-queen Antifa librarians, line-dancing Terminator dogs from Boston Dynamics, or any other futuristic, dystopian threat you can think of.  It would be hard not to make out with her after every battle.  The only problem would be that sooner or later Rambo would walk in the door, or Patrick Swayze, and you'd have to glue your heart together with melted swizzle sticks to avoid a total emotional breakdown.  It would be rough.  But worth it, just to get one kiss over a pile of spent shell-casings, while sifting through burning Russian uniforms for items of strategic military value.  I would be disinclined to resist.

She's even hard to resist as the uptight, humorless sister of Matthew Broderick in Ferris Bueller's Day Off, another dated, timeless classic starring one of the most beautiful actresses of the 80's, Mia Sara.  You gotta love the heart they used to put in movies before postmodern self-consciousness and 90's neuroses took over (thank you John Hughes).  Ferris Bueller's Day Off is pure carefree 80's heart.  Fun-loving and ridiculous, it is a perfect example of everything people never used to care about.  The things that aren't on display are remarkably obvious in hindsight.  Even the grumpy, depressed character played by Alan Ruck has a sense of humor, when allowed to breathe.  But without Mia Sara, it would merely be a pretty good comedy about high school kids doing things while skipping school in Chicago.  She is the perfect adhesive between Matthew Broderick and Alan Ruck, a beautiful glue that sticks to everything it touches and makes it better by just being there.  I'm not a huge believer in the ability of man to make the world a better place, but if you're going to try, start by making something beautiful.  A drawing, a movie, your face.... anything.  A more efficient machine has its place, but only goes so far.  How much better can it really be, if it isn't beautiful?

So thank you Mia Sara, Jami Gertz, and Jennifer Grey, for making the world a more beautiful place.  Your legacy and posterity is that of a diamond.  The anemic Mary-Sue Terminator chicks who have temporarily replaced you will, sadly for them, never be remembered.  May younger generations re-learn what they've been taught to never know, before it really is too late.

2 articles from my old blog that touch on aspects of this issue: