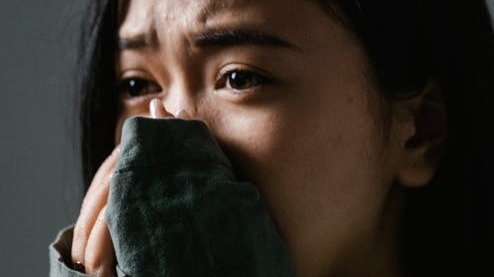 Fear Is A Choice. 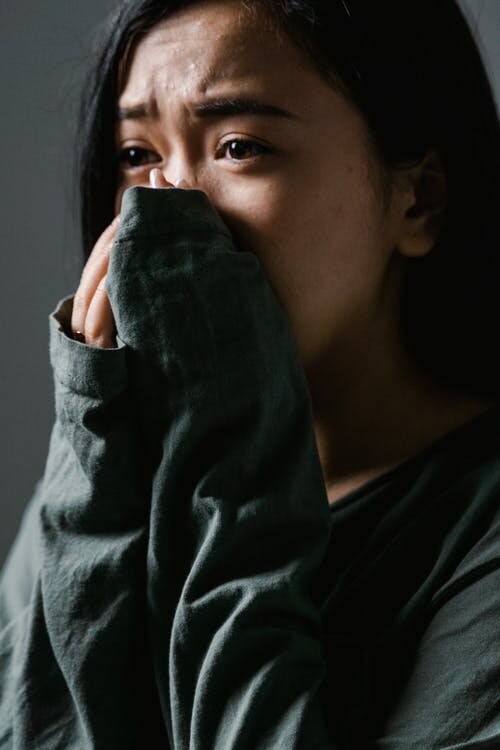 I have been told many times that courage isn't the absence of fear but the presence of fear and yet the will must go on. Being afraid isn't a crime because we have all been there at one time or the other. No one knows what the future holds but that doesn't and won't stop us from living. No one can guarantee anything for the future except that certain things respond to efforts made. If we don't make certain efforts, we can't have anything to look forward to.

Imagine saving up for a project and you already planned how much you can save towards that monthly. At the end of the month and other months, when you stay faithful to your commitment each month, you have an idea of what to expect and that's what I am talking about when I said there are some outcomes we can predict while there are some we can never predict. We can't know how things would turn out unless we try.

It's okay to be scared because we want things to be perfect and we have no idea what can happen. We always want to control the narrative and we sometimes run away from things that we know we might never have an influence over, especially when it comes to making decisions. You can't control how someone feels about you because there are those you can never impress no matter how hard you try.

It's natural for us to have fear when we know that certain things are not within our control. Applying for a job is within your control but getting picked is out of your control because others would have to determine if you are worth it or not and they have varying factors to consider which you might not even know about. Loving someone is another thing... You have your specifications and the moment you see someone fit into that, your heart rises to the occasion to admire the person but you can get scared because you don't know if the other person would feel the same way about you.

The truth is, fear exists but it's not that real. I said it's not that real because it's as a result of the thoughts you have created and the patterns you have seen which somehow affects the way you think and see things. It might be based on personal experience, background, upbringing and even exposures because sometimes what we are exposed to, we tried to own it and then develop fear and uncertainty as a result of it.

Most people would never apply to certain organizations because they have heard that the selection process in that organization is by connection. There are some things we have told ourselves we would never do because of the information we have at our disposal. Some people would never date a particular tribe because of the information they have been told over time. Fear exists as a result of our dominant thought process. Danger is real, no doubt but fear is by choice.

What you often think about would either increase your desire or make you live in fear. If you just want to succeed and do well for yourself and for those who depend on you, you would always want to take on anything, try anything just so you can get that headway in life but if you are constantly fed with what's not working for others, it's likely you repeat that pattern if care is not taken which is why I said fear is a choice.

Don't get me wrong, fear exists and it's okay to get scared but it's a choice because we have control over what we allow to influence us. There are some things we have control over while some we have no control over it. Most people have stopped loving because they are scared of death. Whether you think of death or not, it would come at the time God has scheduled it to be, so why should you stop living because you are uncertain of what the next minute holds?

There was this video I wanted many years ago about a man who was scared of dying and he decided never to leave his house for anything. He would stay locked up inside while they feed him and do all sorts for him. He was sleeping when the house caught fire and he died of smoke inhalation. There are some things we can't control but we can change our approach towards it. Fear exists but it's by choice if we choose to live at the mercy of it.

Have you ever been so scared to do certain things and the moment you summoned up that courage to start it, that fear disappeared? Exactly and that's why someone referred to fear as False Evidence Appearing Real. The cure for fear SOMETIMES is for us to do the things we are scared to do. What if it doesn't work out? True, but what if it does? We might never know until we try but every man must come to that point by himself to know when to gather strength to move on because some people managed to gather strength and still ended up making the wrong one. It can crash them harder than before but in life, we have to keep trying and doing things afraid...we don't have too many choices.

This post also appeared here and it's my original work on my blog on [Read.Cash](https://read.cash/@Olasquare/fear-is-a-choice-6fe02e5e).