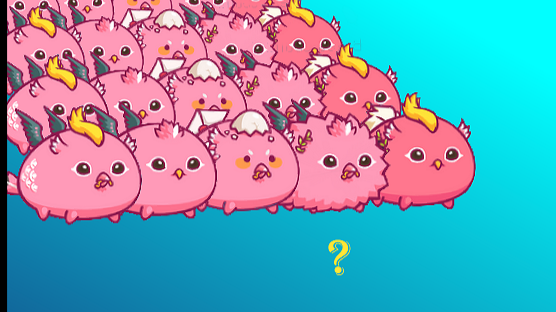 **The Lunacia's Purity event is now closed! **
9/200 sales we didn't even reach the first milestone.

Since this is done in a trustless way, the success of a project like this would rely on a very tiny bit of endorsement from existing "trusted" community / team members.
We didn't get that so... :woman_shrugging:
Building trust here has proven to be a difficult task since the nice things you do, or actions which identify one as trustworthy would have to be virtue signaled publicly often to be acknowledged.
When done in private, it means nothing. Leaving your image / character / community identity subject to the false assumptions & biases of others.
Others, that have a social influence & the community sees as trust worthy.

It's been an eye opening experience and learned a lot :)

Had this sold out: There would be 10 100% pure virgins and 10 100% pure birds w/breeds, 1 roadside arctic plot, 2 forest plots and some juicy item packs up for grabs at an extremely heavy discount for the entrants.
Final iteration prizes valued at: 11.25 ETH
Current value prizes would be: 17 ETH

For the first iteration of this event despite the flaws in the initial structure and profit margins there was a lot of interest.
After some constructive feedback from the community and countless hours diving into the numbers - remade the event. Then, there was less.

Value for 100% pure birds with 3-4 breeds, in the first iteration i pegged it at 0.35. People thought that was also too high so undervalued it for the event at 0.25. These are now selling between 0.4-0.5 & climbing. My original calculations were slightly off on this one, higher than expected.
Land price accurately predicted for arctic, forest higher, and did not foresee the 100%-800% item spikes :thinking: that was surprising. Mother and Grandmother dolls, sweet baby dolls are very expensive now.

People resist what you tell them, never what they discover on their own.
The information they decide to believe is largely based on their perception of the one telling them.
You are more likely to believe something from someone you respect even if that info is wrong. Likewise you are more likely to reject the same info from someone you don't.
If you don't have the respect of the influencers there is no amount of work or explaining that can make them see what you see. In this case, data analytics for future valuations / trends.
Look at the market now... realize this proof, because now you can confirm with your own eyes.

Minting, burning / pulling of market x2 = -0.10 Eth on my end
Did not receive any Rari for these sales
Gas & slp costs for breeding at the time of contest + sending rewards.
I'll be doing this at a loss / near loss

Winners:
Congratulations To A.Wyvern and Paladin!