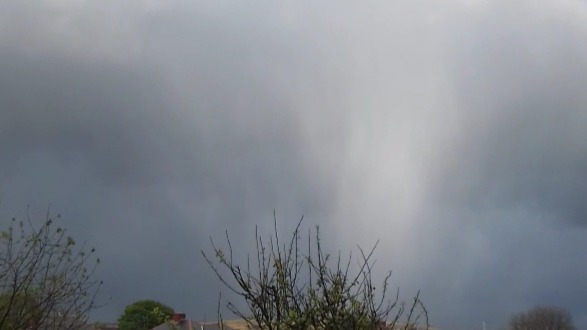 As the Dictionary states... A vaccine is...

A preparation using a non-infectious element or relative of a particular virus or bacteria, and administered with the intention of halting the progress of an infection, or completely preventing it. Mentioned in: Encephalitis, Hepatitis A, Hepatitis B, Hepatitis E, Smallpox

So... Let me just pop that reminder to anyone who wishes to discuss the Covid-19 Vaccines... A vaccine cures and prevents. I understand vaccines can largely depend on percentages of successful vaccinations... But a vaccine that is currently being test on humanity in general with no proof of any success, and rushed through without ramifications for those who manufacture a compound said to be a vaccine in super record time - in multiple variations - I find questionable - especially if it is pushed on a population that has virtually zero morality rates and as much if less effect than a common cold.

Question... Why the hell do I need a vaccine that does not protect anyone who has taken it in the genre it is meant to protect? 0.01% vulnerable...

I am in a genre that has virtually zero covid related deaths, and any deaths recorded being very dubious indeed. Remember within 28-days of a positive Covid-19 test result... Hit by bus, killed... Covid-19 is the cause... Yes because that is the way this works - but sleepy brainwashed scared of their own shadow lap all the stats up like these stats are factual - almost every statist is based on erroneous, speculation, bs future events, or out of date information, especially in the UK.

And why the push to vaccinate those who have absolutely no need to be vaccinated if those already vaccinated are protected  by said vaccine(s)?

It isn't rocket fkn science... I for one am sick to death of being pressured, forced, coerced into what I believe to be committing suicide via an untested poison. I remain with the opinion if this was Iran or Syria who came up with this mass vaccine program on their own population we would have seen bombs dropped.

I do NOT believe anyone in the government have had this jab, it is not a conspiracy - if these people truly believe there is a killer virus about... I have said it before - the elites would absolutely DEFINITELY NOT step one foot of their bunkers - would you?

Profits are max power at the moment in Big Pharmaceutical Stocks - and you can bet your last buck on these elites having shares, bungs, lobbying cash being thrown at them left right and centre.

In my opinion the British Police for example, are being overly protective of a system that is working against human rights and freedoms, profiteering from fraud and deception... They should be arresting government and placing them in The Hague. There is a huge amount of evidence mounting up against government corruption - so where are the police?

Let me remind the police who they work for and are paid by... Your cash comes from the public purse - you work for the people and your job includes that in which you MUST protect the public from a rogue government - This IS a rogue government. Do your job... Investigate, make a case, proceed to court. Enough is enough..

So where do the police think they are going to get wages from when the economy goes tits up?

Over my dead body period!