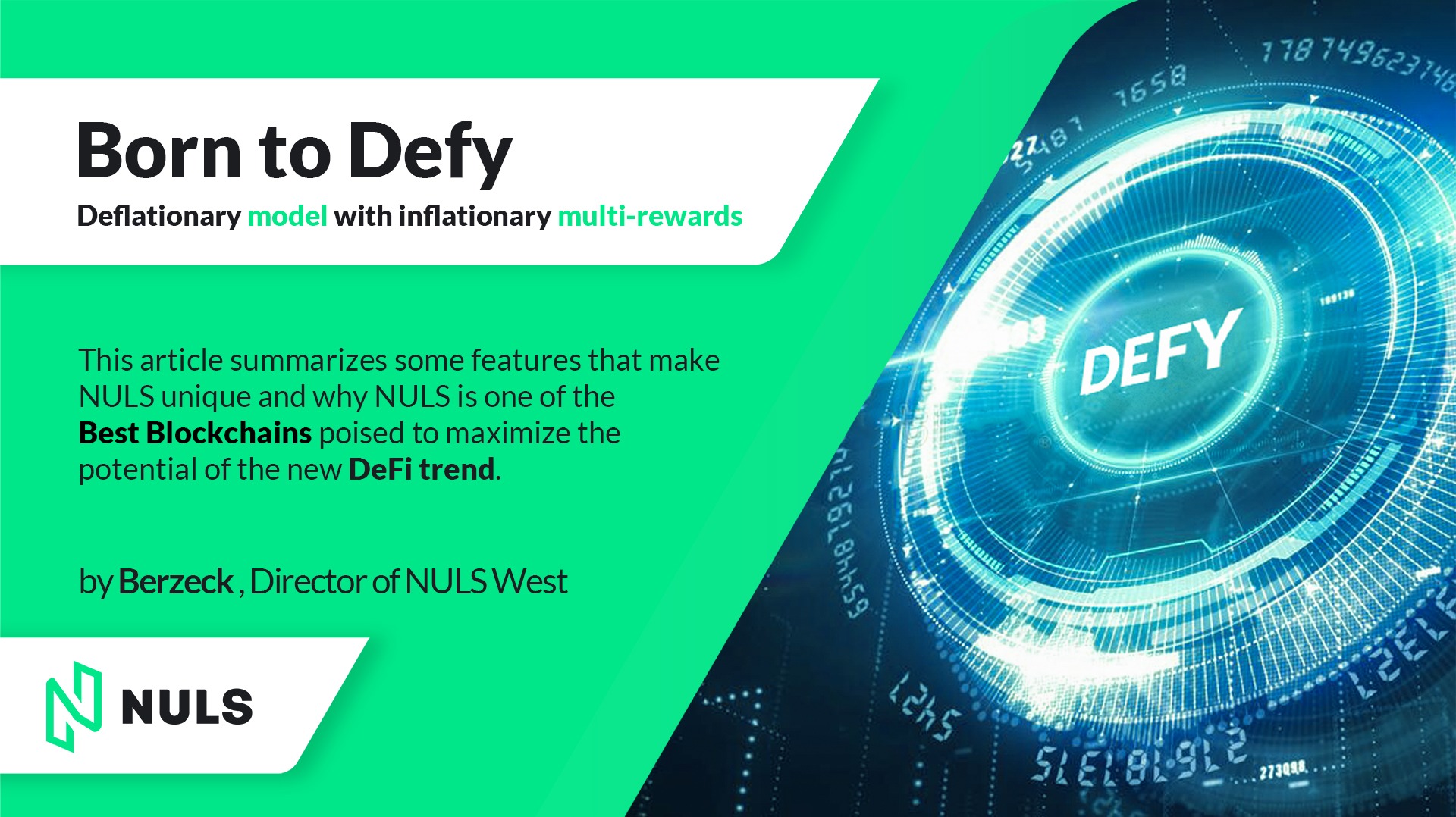 This article summarizes some features that make NULS unique and why NULS is one of the best blockchains poised to maximize the potential of the new DeFi trend. The NULS token is perhaps the only asset with a deflationary model with inflationary multi-rewards. In other words, as the number of NULS rewards made available monthly decreases, other highly valued rewards increase.

Being a deflationary asset is a natural way to increase demand in time due to scarcity. The increased value of Bitcoin is a spectacular example of this. However, the problem with this model is that the closer it is to the maximum supply, the lower the rewards are for their participants. We will call this the scarcity vs. rewards dilemma and explain how this is solved in the NULS ecosystem.

The first three sections are introductory and give useful context to understand the last two sections.

NULS is a smart contract platform designed using a micro-service architecture, “unique in crypto”, that enables it to adapt and evolve faster than the competition. It allows developers to write modules in any language they want. In fact, NULS and Nerve (more about this later on) are written in C++ and Java.

Due to its highly flexible architecture, it offers exciting features to developers, partners, and other types of participants in the industry.

In normal circumstances, each node has associated a credit value of “1”. A reduced credit impacts the earning rewards of the node. For example, if a node commits an infraction, its credit is reduced by a small amount, usually 0.02. The node and its stakers receive less NULS for that round. If a node reaches zero credit or less, it receives no rewards until it regains trust from the network.

If a node reaches a credit score of -1, it is expelled from the network, making it unable to process transactions anymore. At this point, stakers recover their NULS immediately. However, the owner must wait three months to recover their NULS.

PoC is a feature other blockchains are working to implement.

An important highlight of PoC is the reduction in consensus node credit does not endanger the original stake, just the rewards earned. Stakers can easily swap from one node to another without the stress of possibly losing their stake partially or totally.

A node can be created to pay for offered services. Right now, some developers and a YouTube influencer are enjoying the benefits of this mechanism. Anyone can post a proposal to create a node for offered services — the community votes on accepted proposals.

Another bonus feature of PoC is when registering a consensus node, the rewards address can be changed to another, making it suitable to have agreements with participants, so they receive rewards constantly for their work.

Currently, about 56% of NULS are minted.

Most professional analysts consider cross-chain features the most important crypto features for a project to survive and stay relevant.

To face the challenge, we have built a new blockchain called Nerve that has the ability to cross-chain assets of the blockchains supported by Nerve. More than one hundred assets are currently supported from 13 blockchains, including Ethereum, BSC, Avalanche, Huobi, Heco, Polygon, Harmony, Fantom, Arbitrum, OEC, NULS, and Nerve.

Instead of developing a single fat and bloated NULS blockchain that tries to do everything by itself, we split NULS into two blockchains with different goals, requirements, and development pace. Both NULS and Nerve have the same micro-service architecture and internal development tools.

Nerve offers 2000+ TPS (Transactions Per Second), with blocks processed every two seconds. A transaction is considered secure when the block containing the transaction is processed and the processing of the next block is complete. This is called 1-confirmation.

Nerve does not have a smart contract engine. That is what NULS is used for.

Highly performant, one-block confirmation, and supporting multiple chains and many cross-chain assets are required to be called a true DeFi blockchain.

A pragmatic decision that goes in tandem with one of our biggest features yet: our immense ability to evolve fast.

Thanks to the features discussed, we have developed the SCO platform. This platform is for our partners with a blockchain project. The platform enables partners to commit a small share of their tokens, distributed in a predefined four to five-year interval to interested stakers. The project’s tokens are cross-chained from their native blockchain to the NULS blockchain through Nerve.

NULS holders (to be referred to as Holders) stake in the projects they are interested in, and they receive the project’s tokens in very tiny amounts every 10 seconds. This feature compels stakers to accumulate instead of the typical dump seen on other distribution mechanisms like airdrops.

This mechanism is managed by a smart contract called PoCM. Underneath, the contract stakes the Holder’s staked NULS in the blockchain, and the rewards generated will go to the project’s address.

The biggest difference is that rewards given to projects are minted directly from the blockchain following standard staking rules. This allows SCO to scale indefinitely, supporting projects for as long as required. It does not require any TVL, Total Value Locked, to remain a viable platform. It seems NULS was born with the natural ability to farm organically.

NULS staked by holders is protected by the PoCM smart contract, so no matter what happens with the projects, holders never risk their original participation and can withdraw at any time. There is nothing else to regulate.

This conceptually simple mechanism has interesting results. For starters, NULS holders will cheer for our SCO partners because it’s in the Holders’ direct interest for the price of their earned project tokens to increase, then they receive more value for the same number of NULS staked. In turn, partners will cheer for NULS because it’s in the partners’ direct interest for the demand of NULS to increase, then they also receive more value for the same amount of NULS staked. This mechanism enforces a cooperative ecosystem instead of a competitive one. We observe and tweet SCO Platform partnerships, collaborations, activities, etc., which is proof of a cooperative ecosystem.

Partners can take advantage of our cross-chain technology enabling their tokens to hop between blockchains seamlessly through Nerve, exponentially increasing their potential user base. This is very important because they can focus their resources on building their product’s competitive advantages instead of worrying about infrastructure code.

The NULS Foundation does not rely on bridge income to survive. Therefore the cost of deployment is extremely low relative to the competition. In fact, the cost savings are almost enough to pay for the token contract creation fee in the blockchains supported, making Nerve and the ecosystem extremely competitive.

NULS Partners enjoy the ecosystem’s most prominent tools. The Nabox wallet is a Chrome plugin similar to Metamask that embeds features like cross-chain transactions. Nulswap (soon to be released) offers free creation of DeFi pools. The cross-chain bridge dApp is available to Nabox, Metamask, other wallets.

In summary, SCO partners enjoy exposure to a continually growing number of connected blockchains and their ecosystem, a great portfolio of tools and opportunities, and NULS paid to them via the SCO Platform.

We have reached the goal of this article: How can NULS holders enjoy an inflationary rewards model while staking a deflationary asset with a capped maximum supply?

Each SCO project distributes tokens at constant rates, implying that the fewer NULS staked to a project, the more tokens each NULS Holder receives.

Note, we anticipate the overall total NULS staked in the SCO Platform will continue to increase. However, the number of projects joining the platform will increase at a much higher rate. This is based on the historical observation discussed in the next paragraph.

At the beginning of 2021, the number of SCO projects was approximately ten, with approximately 5,000,000 NULS staked in the SCO Platform. This implies that NULS holders were staking on average 500,000 NULS per project. At the beginning of 2022, one year later, there were about 50 projects and about 6,300,000 million NULS staked. With a 5X increase in projects, the average NULS staked to a project is 126,000 NULS per project. Each Holder receives more tokens as the amount of NULS staked decreases. As the number of projects joining the SCO Platform increases, the number of tokens received for each staked NULS increases. As the number of tokens per NULS increases, the demand for NULS increases. The relationship can scale indefinitely, and no hard cap can be expected to stop this upward trend.

People can argue that not all tokens received are useful. That is correct, many projects may fail for various reasons, and their tokens will be valueless. The number of projects that fail impact the slope of the trend. However, the trend itself remains intact. The assumption that each project that enters the SCO Platform has some probability of being successful is the only assumption required for the model to work.

The NULS model represents a win-win-win situation for all parties involved:

NULS is the only project that can DeFy (pun intended) the Scarcity vs. Rewards dilemma.

For more information about NULS, visit nuls.io and join the conversation on Telegram or Reddit. Make sure to follow NULS on Twitter for the latest news and updates. You can also follow us on other socials such as Facebook, Steemit, and GitHub.

NULS — Making It Easier To Innovate 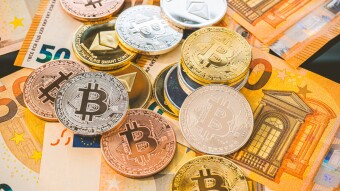 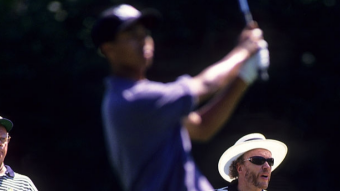