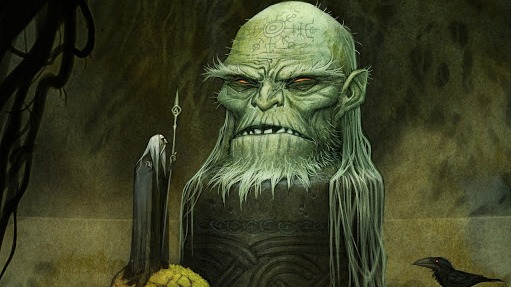 According to Norse Mythology, Mimir is a Lord of Wisdom, a talking oracular head. Mimir was decapitated during the Æsir–Vanir War.

He was the Keeper of the Well at the base of the World tree, Yggdrasil. Mimir's severed head protects the well.

The Well is a head-spring of Wisdom, if one drinks from it the well grants a gift of prophecy.

Below Sculpture of Mimir on a tree

Mimir tree, Eric Valdes, Sculpted version of Mimir while he was still on the tree. Art directed by Rafael Grassetti and Original design by Dela Longfish. Horns depict a Pagan Deity. 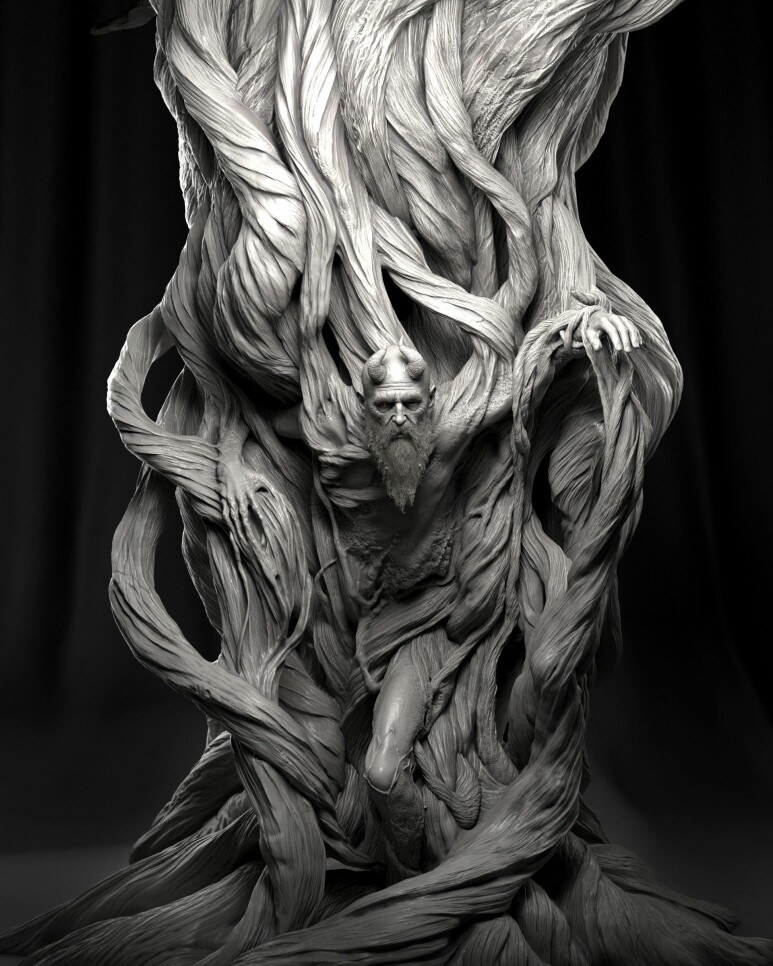 Mimir is mentioned in the Poetic Edda poems Voluspa and Sigrdrifumal.

Odin the All-father desired to drink from Mimir's Well, he was initially refused. Odin crafty as he was sealed a deal with Mimir to drink from the Well by gifting his one eye to Mimir, Odin had saved Mimir's head after he was beheaded by the Vanir.Odin preserved Mimr's head by speaking magickal incantations over the head. In the final days before Ragnarok, (the final apocalyptic battle of the Norse gods,) Odin deliberates with Mimir.