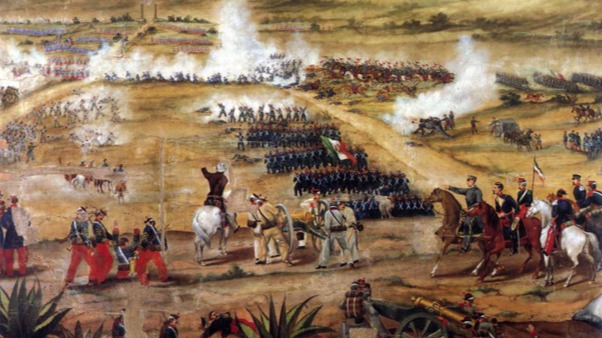 Cinco de May Day. It is commemorated annually on May 5th by Mexicans.

May 5th marks the victory of the Mexican people over Napoleon and his one hundred and eleventh army.

The 1862 battle was fought at Pueblo Mexico. This battle united the Mexican people after many years fighting for their independence which came in September 1610 against Spain. 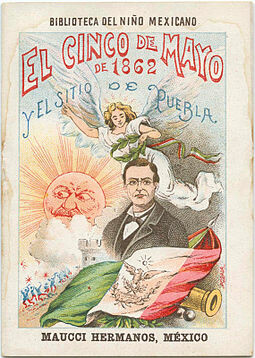 May 5, 1862 and the siege of Puebla”, a 1901 image from the Biblioteca del Niño Mexicano, a series of booklets for children detailing the history of Mexico in Public Domain WikiCommons. 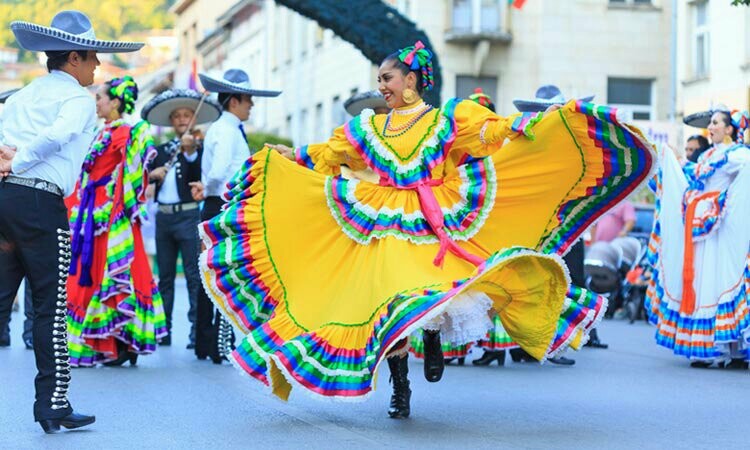 Cinco De Mayo is celebrated in Mexican culture with rich, vibrant colors weaved throughout their traditional costumes, parades and festivals.Lively Mexican music is heard and enjoyed by all amidst the celebration.One can experience traditional Mexican food served during Cinco de Mayo Day's festivities.