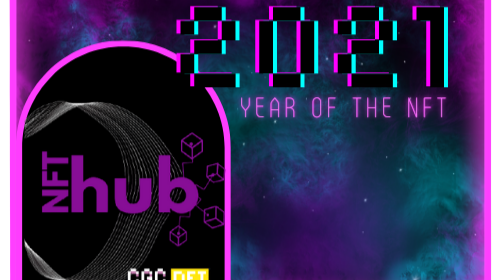 The mission of NFThub was (when I started it nearly a year ago) to streamline the day-to-day lives of people working full time in the #NFT industry. With all of the recent attention on #NFTs the vision has expanded, but remains commnuity centric, and free.

Currently; #NFT's are gaining ridiculous levels of traction (Beeple's "First 5000 Days" NFT just sold at Christie's for ~$70mil) and it seemed due time to stop obsessing over insignificant details and just test in prod. NFThub's open beta launched on 3/1 and with nearly no coordinated marketing we've had nearly 500 site sign-ups and ~ 1000 members in our community Discord/

Some of the core features of NFThub include:
- an open registry (inspired by producthunt),
- a community calendar with open submissions
- a cross-chain decentralized exchange
- public and private social feed creation
- open-discussion forums
- weekly featured NFT projects curated by our team and community
- "challenges" (essentially guided learning paths, though it could be adapted for other reasons)


The mentioned feaures are live, and will be improved on over time; as well as plans being discssed for numerous others, including :


- Education (via live demois, interecative knowledgebases, etc.)
- Gamificiation
- DAO Governance (coming soon)
- e-sports for NFT gaming
- sponsoring/hosting events and hackathons
- NFT Collectibles
- Fiat-to-Crypto OnRamp
- Yield Farming for NFT's (by staking lp for approved NFT tokems)
** We don't have a dev, and I have only 1 other person on my team; so if you're a developer interested in NFTs and want to work on something that is very much directly in the center of whats happening in the NFT industry, then feel free to reach out to me!!

Tokenomics will be published this weekend, and will most likely be initially deployed on Polygon (Matic) to avoid the outlandish gas fees involved with doing on Mainnet.


If you'd like to contribute, or if you're interested in forming a 'strategic partnership' or even if you just want to say hello, feel free to join our discord and spend time with some of the most influential and innovative individuals in teh NFT Metaverse. (pro tip, 70% of the people on clubhouse and twitter claiming to be "experts" or "gurus" regarding NFT's actually know about half as much as you will after browsing NFThub for a little while; besides, the beauty of blockchain is that you can look at their wallet history on etherscan , and their NFTs(and history) on OpenSea. If they didn't have any activity in the NFT space before Summer of '20, they're far from being experts, and if they don't have at LEAST   100 NFT's , they're either lying about the expertise or they're just terrible at investing. Our community discord is always open, and often times there's a couple people in a voice channel discussing NFT's and related topics. (plus its way less fluff than Clubhouse). We're all about the community, and we're always happy to help out when/where we can. In fact, I've even pledged to the Community-First initiative alongside a number of other company leaders, and the detailed mission-statement for NFThub will include the statement (and explanation) that NFThub is a "do-ocracy". 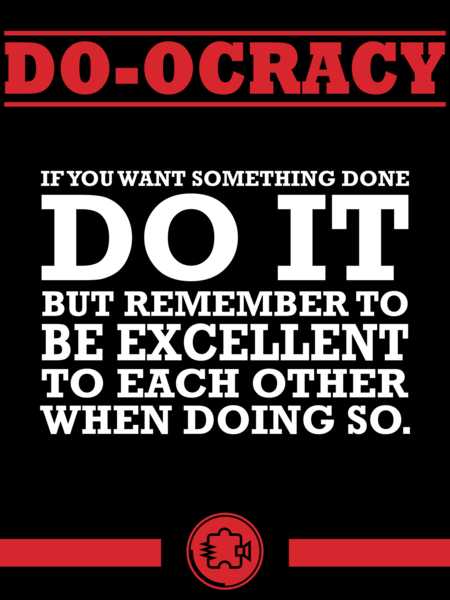 *a note on the so-called experts who have few/no NFT's:
(I'm far shot from being a Whale in any sense, and on my minimal budget I've managed to accumulate arounf 3000 NFTs on mainnet Ethereum, and probly another 1.5k between WAX, HIVE, Polygon and EOS)

Wabbajack, named after the legendary artifact of the mad god Sheogorath will be what I've begun calling a "wildcard DAO". NFThub, Nifty Pride, and some of my other projects, while all with their own governance/missions/communities/etc., (as well as projects from members of the DAO and potentially projects we incubate) will be overseen and be able to benefit from the primary token and governance model of Wabbajack. [ Based loosely on the MetaCartel subdivisions structure wherein Raid Guild and Venture DAO are their own independent entities, but are also a part of MetaCartel.

NFThub, Wabbajack DAO, Nifty Pride and other initiavtives/projects I've founded, or been a part of creating, are generally fairly spontaneous; and none are meant to be a formal, blue-collar business venture. I do what I do out of a genuine passion and appreciation for the NFT space and decentralization, not to corner myself into a life of meetings and accounting nightmares. As such, everything is done in a decentralized and pseudo-anonymous manner, and nothing I write or otherwise publicize should be considered legal, financial or investment advice.

Thanks for reading, and we'll see you in the Metaverse!
-BruceTheGoose | Founder/CEO @ NFThub