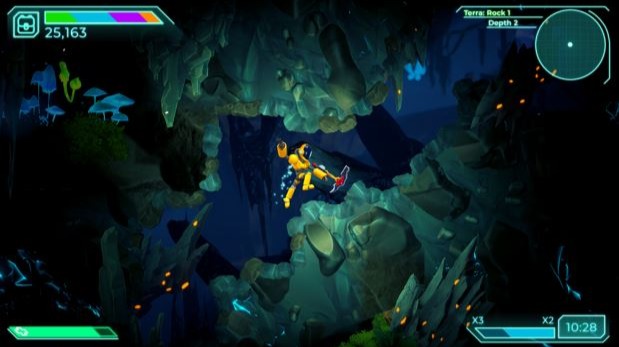 Mines of Dalarnia is an intergalactic mining adventure game where players dig for rare resources (minerals and gems) in order to craft new items and equipment to progress through a territory.
The goal of a Darlania miner is to become more powerful and efficient, gather riches, face challenges and monsters in the depths, and look fantastic doing so. In the future, players will be part of multiplayer shared spaces and engage in exciting multiplayer competitions.
Most of the in-game land plots (LAND), which are used for mining, are owned by the players.
Each terrain is unique, with a different distribution of resources, and more attributes of each piece of LAND will be revealed over time as the game expands. LAND owners must actively take care of their mining plots.

Mines of Dalarnia offers two Roles to play the Game: Miners and Land Owners.
However, players don't have to stick to just one role and can participate in both aspects of the game at any time.

Mines of Dalarnia Role of the Miner

Miners focus on creating and upgrading their equipment by playing the mining game to collect resources. Mining options are limited by the average power level of the miner's equipment, which
of the miner's equipment, which indicates his overall progress.
When a player begins an excavation on a parcel of land, the game creates
a unique procedurally generated mine based on that land's attributes. Players dig, jump and fight
through the mine, trying to fill their bag with valuable resources before they die or choose to go out and take their loot to the surface, where it will be refined into usable resources.
These resources can be sold to other players directly, or used to create equipment, cosmetics, or consumables to use or sell on the market. Among these craftable items, the Terraforming Capsule is key, as it must be purchased by LAND owners to supply their mines.
MoD is free to play on the introductory planet. Players need a mining passport to access play on the largest planet, owned by the player. Passports can be purchased directly from MoD.

The core game of Mines of Dalarnia is all about mining sessions - action-based mining gameplay in a procedurally generated mine.
To initiate a "dig", players must move their miner to a specific LAND they want to interact with. Traveling between the planets and moving across their surface via the "Navigator" is one that takes real time to complete.
Once players are on the ground they wish to dig, they must also select a depth.
Higher depths give more and better resources as a reward, but spawn more dangerous monsters and environments, and require higher power levels to access.
Finally, a small rental fee is paid to the landowner for access.
During a mining run, players battle monsters and unearth resources of different qualities to earn points. When they exit the excavation, reaching an exit point or dying, their final score decides what level of reward they will receive.
Rewards are randomly selected based on the player's reward level, resource attributes of the LAND storyline, and depth of excavation. 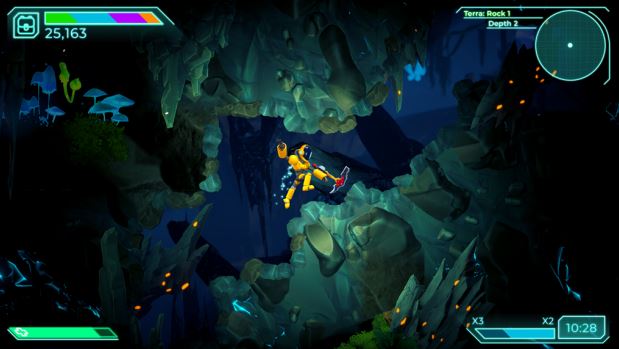 Crafted equipment is the heart of the Mines of Dalarnias progression system. Crafting and upgrading gear improves the player's overall power level, which grants them access to more difficult mines and depths.
The craftable equipment is grouped into the following categories:

At launch, only Picks and Helmets will be active in the game. Armor and weapons are priority for shortly after launch.

Read also my article for:

If you want can use my ref link for this game:

Hi, I'm a blogger who talks about the world of nft and the different types of blockchain games that exist. Blog: https://www.newnftgame.com Twitter: https://twitter.com/Nikonfts Tumblr: https://www.tumblr.com/blog/top-nft-blockchain-game

My name is Nicola and I am 28 years old, I define myself as a curious person by nature. I like to learn and discover new places and things, in fact through my passion such as computer science I manage to earn the right, a rather quiet life each month; despite having to incur various sacrifices and a lot of willpower in studying and keeping myself updated. I'm a blogger who talks about the world of nft and the different types of blockchain games that exist. https://www.newnftgame.com