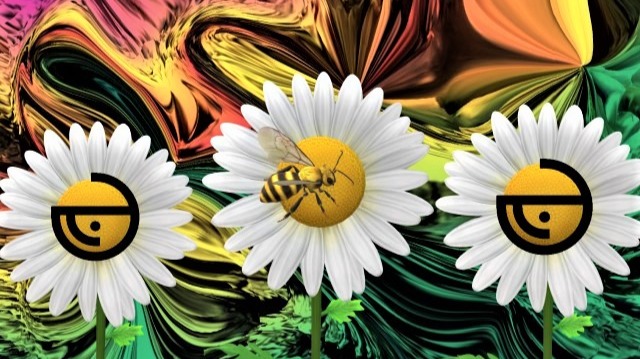 It was August or early September 2020 when a friend almost pulled me to Discord. I had a Discord account before, but I didn't have any friends, sometimes I would go in to look at the server of one of the tap sites.
A friend invited me to the Banano server. The community welcomed me friendly, yet I couldn't be active in the chat. Besides, I didn't really understand how the servers work.

Then someone invited me to the ENERGY server. It was much calmer there. I read the White Paper and went there often to talk. I liked this place and the project. In the meantime, I was looking through more projects, but somehow none of them was attractive enough to stay in it.

One day I clicked on an invitation to the WHALE server. The first person to say hello to me was WhaleShark. 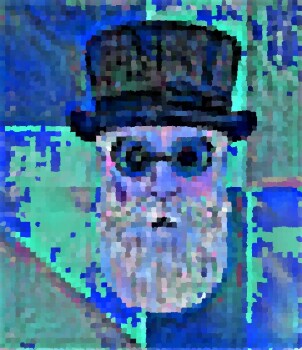 I remember well because his nickname made me wonder. Back then I did not know that Whale shark is a species of the largest sea fish, the largest representative of sharks, easily recognizable by its specific coloration. Just like I didn't know anything about the $ Whale token. Well ... I was never interested in ichthyology, so how was I supposed to know? ...

I glanced that the server had a Polish language channel. There I met Łukasz, Kenard, Ozimaister. They and Mod Adidiust and Alegria showed me step by step that the project is very profitable as long as you get the roles .... $ Whale then costed around $ 3 as far as I remember. My colleagues and Mod's not only gave me tips, but also helped me earn the Dolphin role. I was asked to check the Polish translation of several texts, for which I was paid in $ Whale. I bought the missing tokens on the bot for Doge. 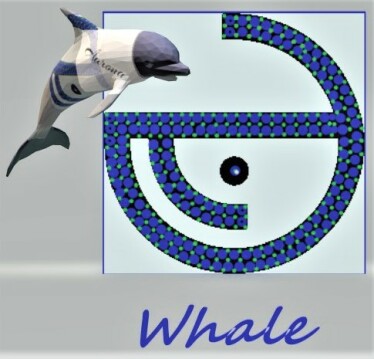 It was a great event for me, because it opened the door to sewers that had not been available before. And so slowly, step by step, I got to know the project and the people involved in its development.

After 8 months of active presence in the project, I can say that I cannot imagine a day when I would not visit the Whale server. No way.
Although chat rooms are more active now than they were a few months ago, I have no difficulty joining a conversation or expressing my opinion on something. The community is really very positive about life, you feel good vibes during streams or regular conversations.
Nobody will be left alone. Everyone who enters the server for the first time can count on the support of the community and MODs. 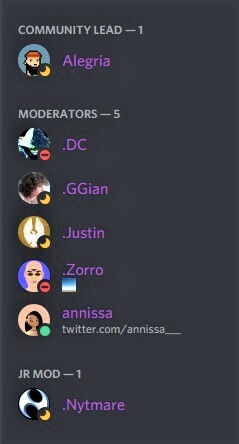 Mod-s is a separate story. Sometimes I wonder if these people are sleeping? ... just kidding at this point. But the server support and moderation is set up so that Mods are available 24/7. They are kind, have a sense of humor and you have to be really stubborn to get a warning or a ban. They do a great job of organizing streams, games, competitions and other fun things on the channels, such as the #whalekids or #whalepoker channel.

But Whale is first and foremost the CEO - WhaleShark. 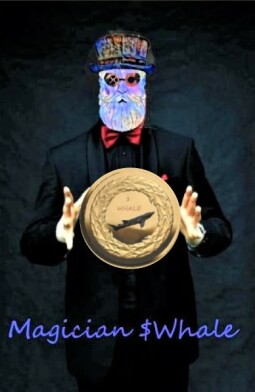 He is a great personality who, during his Thursday and Saturday conversations with the community, teaches how to invest your time and money in the most effective way. WhaleShark has created a token that uses tangible assets as the basis of a currency's value. He is one of the largest NFT collectors in the universe who donated his priceless collection to the WHALE community. The community loves him unconditionally, because he is for her like an understanding father who tries his best to take care of her needs.

I could write like that for a long time about WHALE. I know one thing: the fact that I came across this server by accident is the best thing that could have happened to me.
With basically no investment on my part, my Whale wallet balance is approaching 100 WHALE. It would have been much higher if the $ Whale tokens had not funded me several other projects; including E1337 and B20. I don't think it would be possible to achieve such a result in any other project.
As I said before, I associate my financial independence with the $ Whale token. The next step is to get the role of SHARK, and then WHALE. And adding tokens to the liquidity pool.

If you are looking for a good, profitable project that will last for years, not months, you should consider joining WHALE.

For my part, I will only say a modest thank you🙏🌼🌼

Links to the project description and White Paper for those interested in the project:
The Whitepaper
https://whale.me/whitepaper.pdf

Reflecting on, Looking forward and Giving back: $ WHALE
//whalesharkdotpro.medium.com/reflecting-on-looking-forward-and-giving-back-whale-c833e0a4261a

NFT and not only

Blog about NFT where I will post my own works. You will also find comments on the works other authors that aroused my interest and certainly deserve attention.