It is said that the Holy Trinity of Napoleon "money money".
Napoleon Bonaparte
On the question of what is the most important condition and condition to win a war, he said "Money Money Money".

Swap; The first known method of exchange is considerably higher in terms of its functionality. Despite all these dilemmas, we can define some kind of instant stock market as the first experiment. People exchanged goods and services with this method thousands of years ago.

Around 1200 years before Christ to overcome the problems of the exchange for the first time an entity was created to load the meaning of the situation. The rare and rare seashells were used to make purchases in a meaning similar to money.

650 years before Christ present in the mixture of gold and silver found in the territory of Turkey by Lydian coins were being used. Even in the developing technology, still considered as a real currency, adopted as a coin.

The paper money, which was used by Chinese people in the Far East in the 800s after Christ, was rewarded by the Italian banking system at the beginning of the 17th century in Europe. This is precisely the beginning of the written paper used as proof of the amount of gold and silver that have been promised a lot of money from today's unpaid paper money.

In the 20th century, developing technology brought credit cards and online payment methods. As a result of the widespread use of the Internet and the inclusion of people in their lives, digital assets have become easily understandable.

Bitcoin will be used as money in the world population as the last adaptation or application of developing technology.
But it is reasonable and there is only one fact; When the system itself accepts bitcoin, we will only consider the orders of the system that we deliver our perceptions when it accepts the bitcoin itself.

Do you think the next generation price unit is really bitcoin? 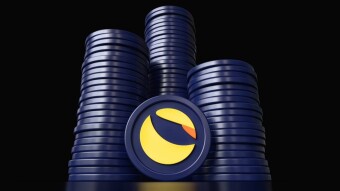