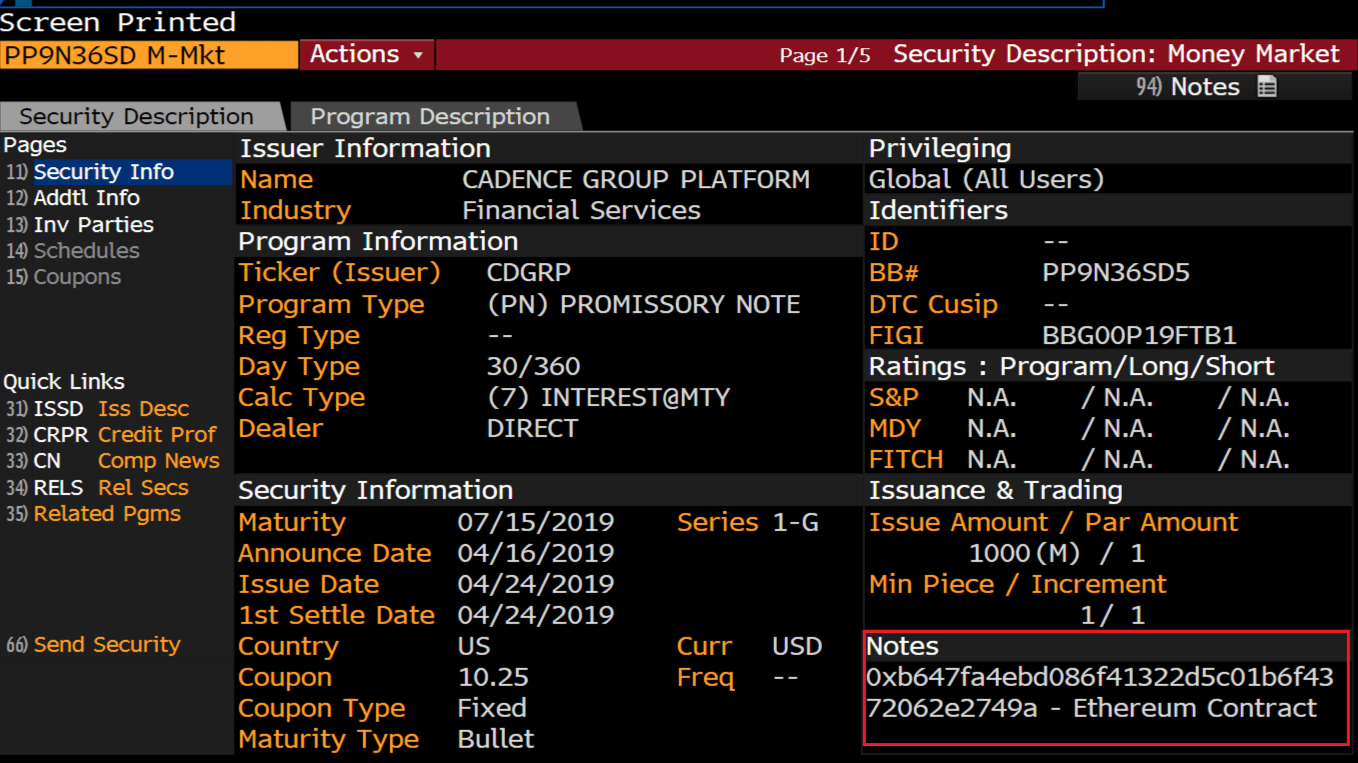 In what is a highly indicative sign for the market, companies are now issuing corporate bonds on Ethereum, which are subsequently making an appearance on the Bloomberg terminal. Founder of Mythos Capital and creator of the Bankless program, Ryan Sean Adams, on April 2 published a blog post that explained the development. The bond belongs to a restaurant company, called Fat Brands, that handles over 400 restaurants.

For the most part, the Bloomberg terminal is as you would expect to be - but in the bottom right corner of the terminal, there exists an Ethereum address, which is on what the bond has been issued. This is the bond itself.

The bond issuance was first covered in Forbes. According to the report, the investment ratings firm Morningstart said it “cited faster access to data about the securities as a result of the increased transparency from using ethereum in its rating document.”

The thought of bonds issued on Ethereum appearing on the highly popular Bloomberg terminal is a solid step forward for the network, which is becoming the backbone of a future of Decentralized Finance (DeFi).

Not the First Time Bonds have Been Issued on Ethereum

Adams goes on to wonder if this could be the start of Ethereum becoming the go-to settlement layer. That’s certainly a convincing thought, as this is not the first time that a bond has been issued on Ethereum.

Multiple well-known names have used Ethereum for such purposes, including Santander, which in September 2019 issued the first end to end blockchain bond worth $20 million on the Ethereum blockchain. French lender Societe Generale SFH also issued a bond worth $112 million on Ethereum in April 2019.