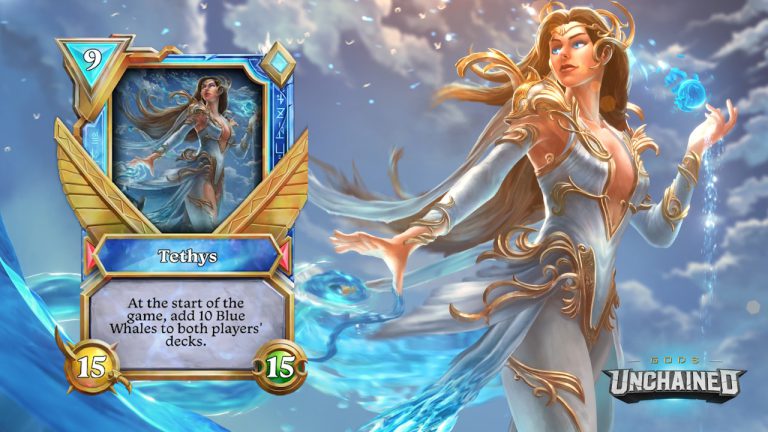 Welcome the the first (and hopefully not the last), of the Unofficial Gods Unchained weekly recap.

The Gods Unchained beta is humming along nicely. You can find a match at any time of the day. The team has been hard at work, providing regular back-end updates and weekly balance tweaks.

In Discord, the action has really heated up, sometimes with a bit too much heat! The discussion channels are filled with chatter and I can barely even keep up with the balance and strategy sections! It's great to see the community growing and the game getting more attention.

Speaking of attention, Gods Unchained received a lot of press when it hired Chris Clay, formerly of MTG Arena. I browsed a few related threads on the MTG forums, and it was interesting to see how few people understood anything about blockchain. In their minds, putting a game on a blockchain was just for show and had no real meaning. It appears as if the general public needs some education about NFTs, card ownership, and the benefits of using a distributed ledger for tracking the cards!

The weekend tournament is now in its third iteration. To participate, you simply have to play some Ranked Constructed matches over the next two days. The GU team has provided a handy chart showing how the reward tiers work and what the prizes will be.

Last weekend, SamS made it into Tier 6 and walked away with a prize of 5 Rare packs and 5 Legendary packs! All in all, prize cards were given out to over 200 players! So pull out your best decks, load up on caffeine and enter the arena! If you've never played before there are Starter decks for each God that you can use and the community is great at helping new players understand the game. You can also check out GU Decks for all of the latest information about what decks folks are playing with and which ones are doing the best (hint: Avoid the Chosen Visions power).

On top of the excitement of the regular weekend tournament, Gods Unchained has also announced a special raffle, the top prize of which will be the fourth Mythic card Tethys! Mythic cards are one-of-a-kind. There will only ever be one Tethys. And she could be yours! There are also over 18,000 trinkets (these will be used as board decorations I believe) available to win, so there is plenty of loot for everyone! Don't miss out on your chance to win a prize!

You receive raffle tickets for winning any multiplayer match. So during the weekend, you can simultaneously work towards this and the weekend pack rewards if you play Ranked Constructed mode.

You can read all about the raffle on the official blog post. And if you don't like playing to acquire raffle tickets, you can even purchase them from other players on https://gu.cards/raffle

This week saw a number of balance changes. You can read the full patch notes list here as well as on the announcements channel in Discord. This week mostly consisted of buffs for some Genesis cards. They also pulled a few cards that were causing issues, including the Amplification Machine, which could be a super fun card if you got it going.

Nature has dropped from its dominant spot and now Light, Deception, and Magic also have some strong deck options.

Looking at the current trends from this weekend so far, Summon Acolyte, Mage Bolt, and somewhat surprisingly, Onslaught have the best winrates. You can see details about the top ranked decks on GU Cards.

Fast, aggro decks have risen in popularity, likely due to the fact that being able to play faster games provides more opportunities for acquiring raffle tickets and accumulating wins for the weekend prizes.

If you have not played before and want to get in on the action, you can download the client and start playing for free! Any referral proceeds will be used to fuel my gaming habits.