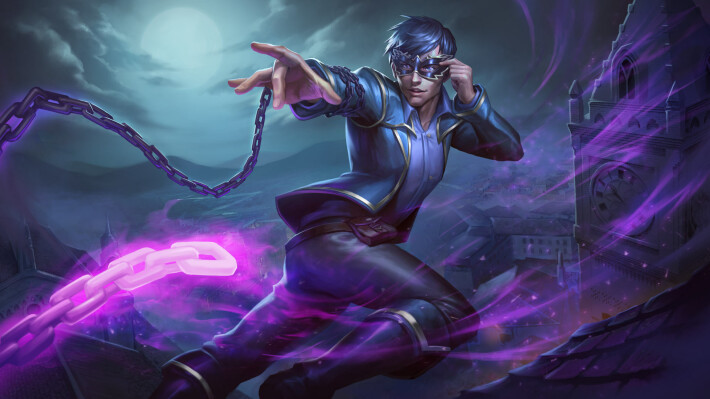 Welcome to the the twenty-sixth edition of the Gods Unchained Weekly Recap! The news just keeps coming and this is a very full post. This week's biggest news came as the result of a...

Immutable had a bit of a SNAFU this week as they accidentally released the stats for the Season One card set over their public API. So, rather that leaving that info in the hands of only a few who happened to be actively monitoring the API, they elected to release the full card list to everyone. It should be noted that this is not final and all of these cards are still being tweaked, tested, renamed and all that other goodness. Nevertheless, it is still a very interesting peek into what we can expect from Season One. The blog post below talks more about the incident and has a link to the spreadsheet card list.

z3ll wrote up a several articles going over the full list of cards. You can read those at the links below

In addition to providing us with the spreadsheet of the card list, Andrea and Petrify previewed over a dozen cards from Season One in the Official Stream from this week. They also talked about tweaks to the Favor system and an upcoming 'dark-mode' board. The stream is definitely worth a watch. You can view it on Twitch -https://www.twitch.tv/godsunchained   You can also read a summary of the stream here - https://steempeak.com/godsunchained/@cryptoznewb/gods-unchained-season-one-card-list-deception-champion-reveal-and-new-dark-mode-board

Another part of the stream was the fourth Champion reveal. This week we were shown Orfeo, Champion of Deception! A very interesting card with a new mechanic that we haven't seen before. I can't wait to see what sort of tricks players come up with utilizing this card in annoying ways!

You can read his origin story at the blog link below. https://blog.godsunchained.com/2020/03/05/chapter-5-orfeos-origin-masks/

As usual there were no balance... wait... hold on! We did have changes this week! With many weeks of no changes at all, this is a welcome bit of fresh air.

Reanimate was changed to give Soulless to both Creatures, the target and the one summoned from the Void (finally!) Heal was also changed so that it can only target Friendly Characters (another change that has been needed for some time). And finally, Penitence was altered to give the user a buffed up Acolyte rather than a slightly weaker version of the targeted Creature.

You can read the full balance notes at https://www.reddit.com/r/GodsUnchained/comments/fcnzw3/balance_update_3032020/?

In addition, there was also a tweak to the Favor system. Now you only receive Favor for Creature on Creature violence if your Creature survives the encounter, and you can also be granted Favor when you Creature kills an opponent's Creature while defending.

Great changes that have been needed for some time. I find it kind of odd that the Heal and Reanimate adjustments took so long to materialize, but at least we have them now and it shows that the devs are not completely oblivious to the players' feedback.

The Immutable team have made a few updates to clean up the in-game Marketplace interface. You can read about those changes on the official blog - https://blog.godsunchained.com/2020/03/05/marketplace-buyers-update/

Gu.cards has updated their sell instantly feature. You can read the details on that here - https://www.reddit.com/r/GodsUnchained/comments/feyxrz/sell_instantly_reworked_now_on_gucards/

No offiical Dev update this week.

There were a few patches. One was for the Favor tweak mentioned above. Another was a change to the Gauntlet on March 1st.

There are some minor changes coming to the Gauntlet of the Gods! From now on, all users' Gauntlets will be resetting at 12:00am UTC (11:00am AEDT). This change has been made to help even the playing field and will take effect from tomorrow onwards.

And here is a list of bug fixes that were also included in the recent patches:

These updates have been awesome! It feels like the game is back on track and development is proceeding apace after a long drought with not much happening (from the players' perspectives). Looking forward to more tweaks and fixes!

The meta continues to try and adapt to the Sanctum. More decks are being built to take advantage of ( or even abuse) the Favor system. Light and War are still very strong contenders, particularly with Heaven's Light and Slayer. Onslaught has also been making a comeback since you can make favorable, reactive attacks that allow you to gain Favor faster than your opponent.

The Sanctum has caused a major shakeup on the game in general, and it can often feel like you're playing the Sanctum more than you're playing your carefully crafted deck. In particular, the Sanctum system has really messed with deck archetypes that were a bit off the beaten path. Soul Burn, for example, has been hard hit. It's still a useful God Power, but since it doesn't generate any Favor, it will quickly fall behind There is quite a bit of negative sentiment about the Favor / Sanctum feature in it's current iteration.

Fastexe wrote up an excellent post detailing the main issue and concerns with the system.   That's about it for this week. Another one jam packed with new and interesting info. Let's hope that next week is as interesting as the last few have been!

Gods Unchained is an online, collectible card game with true ownership of your cards. The card information is stored on the Ethereum blockchain, so the cards can be traded, bought and sold in any NFT market, while the game itself runs off-chain, so there are no transaction fees involved when playing. The game is free to play, and you can get started now.