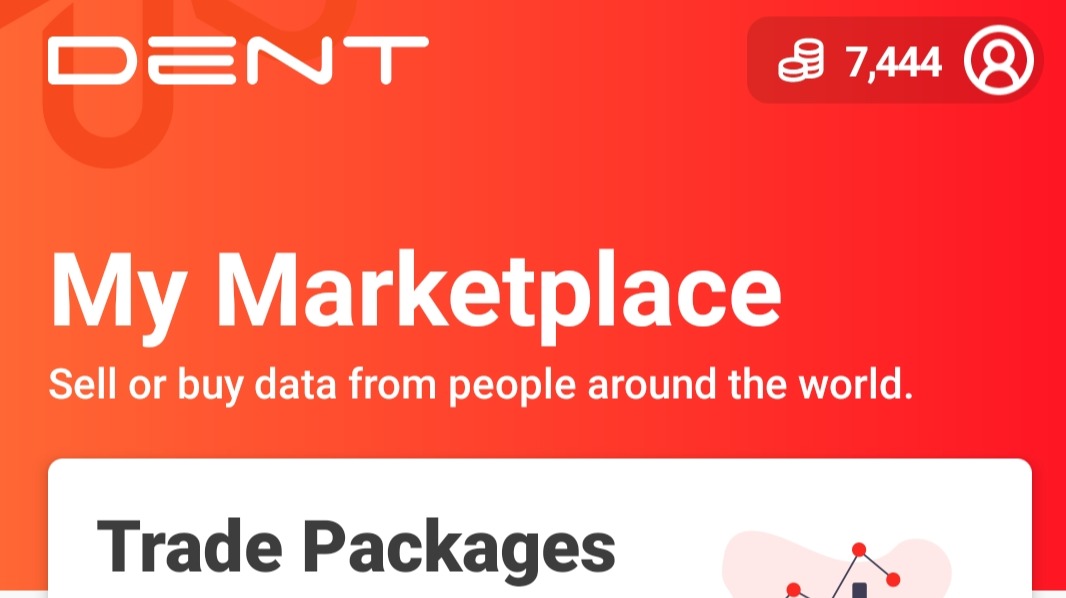 The company's goal is to free up mobile data by allowing anyone to buy, sell and donate data across the Ethereum blockchain.

The DENT coin is at the center of this market. It is a universal currency for data markets.   This goal is pursued by the developers of the DENT project so that in the future they can influence mobile service providers in order to get better conditions than they have now.   Obviously, mobile data has become a valuable necessity over the past few years. It is an important commodity for people in the developed and underdeveloped parts of the world. Through the DENT ecosystem, users can connect to each other on a blockchain-based platform to buy, sell and donate their unused mobile data.

What problems is DENT going to solve?

Mobile data access is as valuable to many people today as hot water or electricity. When we do not have access to the Internet, we fear that we might be missing out. However, access to mobile data and bandwidth is controlled by only a few companies in each country. Mobile operators support limited supply and high prices. Unused data is shortened to the expiration of every month and this generates billions of dollars in revenue for operators at the expense of the user.

Rewards users with exclusive benefits like FREE Voice minutes (to call worldwide on mobile phones and landline from the app) and more benefits... 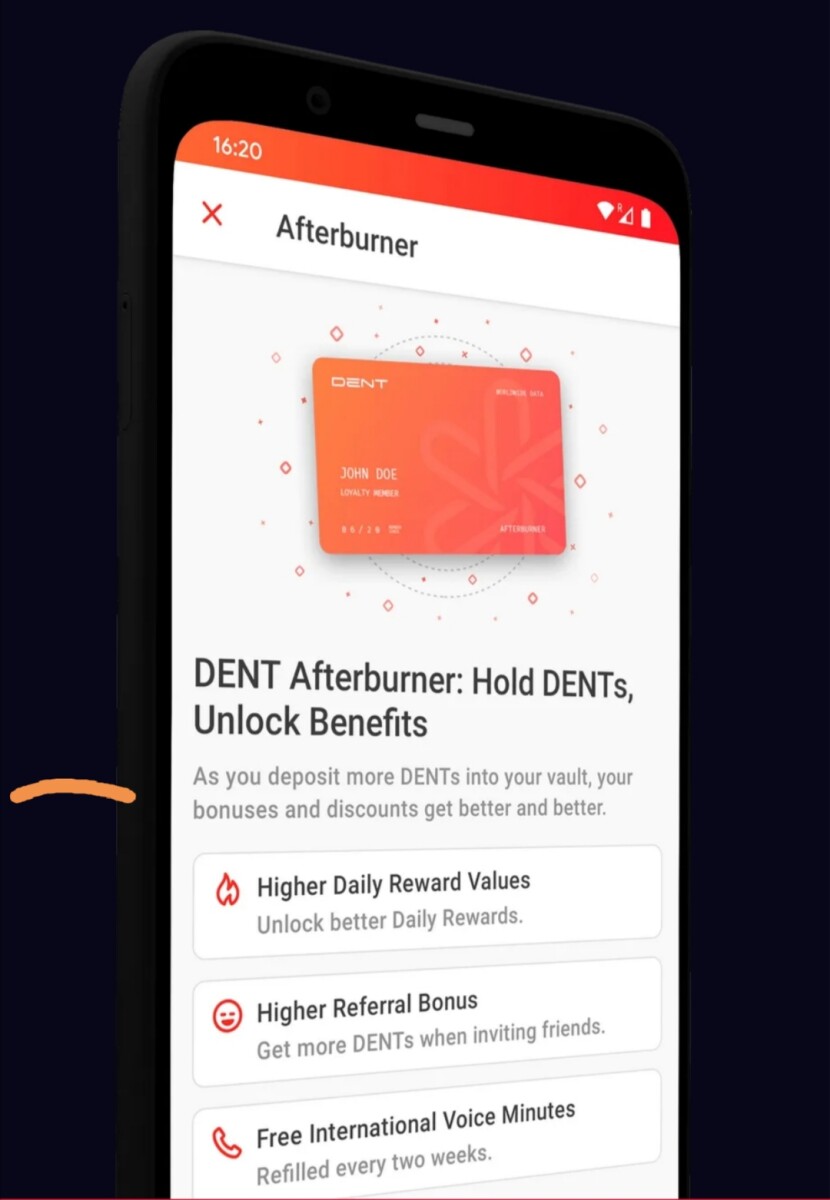 Here is an exemple of what I'm getting from the loyalty program (afterburner) for keeping my dents locked.  Every two weeks 301 minutes free worldwide 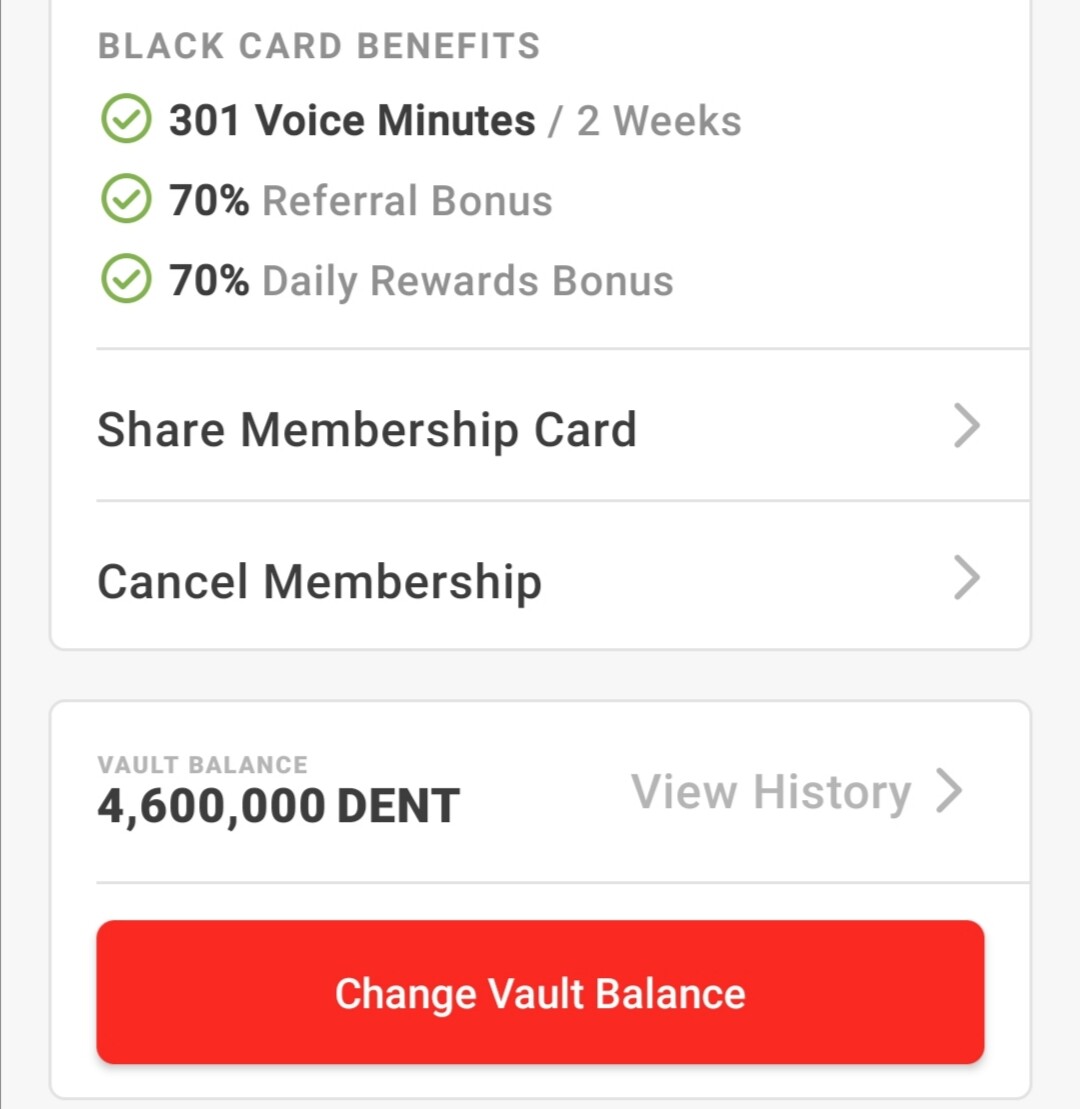 The center of the DENT ecosystem will be the DENT mobile application, available for iOS and Android. The app contains the user's wallet for DENT tokens and has an easy-to-use interface for buying, selling and transferring data packages to other users.

To start using the app, you register your number and verify it. DENT will check your carrier and country. You can then view the number of users available in your country or worldwide. Check your country's market to see the currently available data rates.

You can also use the app to view the value of DENT coins over time. You can check your DENT earnings (based on network sales) and view other relevant information about your DENT token holdings.

If you join dent by my referral link. You will get 700 free dents.